Kidney Transplant To The Wrong Patient Could Have Been Fatal (2019)


Virtua Health is a not-for-profit health organization and it is Southern New Jersey’s largest health system. They are committed to the mission of helping people be well, get well, and stay well and they average more than one million patient encounters each year. Virtue Health houses 5 hospitals, 8 urgent care facilities, and 28 primary care offices in Southern New Jersey. All of which provide comprehensive care as well as bringing health services directly into communities through home health, rehabilitation, mobile screenings, and its paramedic program. Virtua has 2,850 affiliated doctors and other clinicians, and its specialties include cardiology, orthopedics, advanced surgery, and maternity. Virtua is affiliated with Penn Medicine for cancer and neuroscience, and the Children's Hospital of Philadelphia for pediatrics (Virtua Health).
On November 18, 2019 Virtua Our Lady of Lourdes Hospital accidentally gave a kidney to the wrong patient. Virtua Our Lady of Lourdes Hospital is the only facility in southern New Jersey to provide kidney, liver and pancreas transplants, according to their website. The mix-up was discovered the day after the procedure by a member of the hospital's clinical team and voluntarily reported the incident to the Organ Procurement and Transplantation Network and the New Jersey Department of Health. Virtua also notified the affected patients. Both patients on the transplant waiting list had the same name and a similar age, and both were waiting for a matching kidney, according to Virtua Our Lady of Lourdes Hospital in Camden. The patient who should have received the kidney was higher on the matching list managed by the United Network for Organ Sharing (Mulford). Although the designated patient who originally was supposed to receive the new kidney received the transplant a week later, both patients underwent successful surgeries and are doing well. The medical director and transplant coordinator visited the patient who was supposed to get the kidney to apologize.

Individualism Theory
According to Milton Friedman the only goal of business is to profit, so the only obligation that the business person has is to maximize profit for the owner or the stockholders, but it must be within the law. According to Tibor Machan the only direct goal of business is to profit, and the primary obligation of the business person is to maximize profit. But Machan’s theory goes on to say the direct goal of profiting may need to be met by indirect goals not aimed at profiting and business people may have other goals and those goals may at times be prioritized over the goals of profit-maximizing.
This is a unique case because Virtua Health is a not-for-profit organization. Under Friedman’s Individualism theory, Virtua did not maximize profit nor did they maximize their distribution of services in this case within the constraints of the law. As for Machan’s individualism theory, even though Virtua’s primary goal is something other than to profit, they still did not maximize their distribution of services. Virtua was not acting ethically. Had they just made sure the kidney was going to the correct patient, none of this would have happened and they would have maximized profit AND their distribution of services.

Utilitarianism Theory
According to John Stuart Mill, utilitarianism says that happiness or pleasure are the only things of intrinsic value. Also, we ought to bring about happiness and pleasure in all beings capable of feeling it, and do so impartially. Basically, the goal of utilitarianism is to maximize happiness in yourself as well as others, while taking a stakeholder’s approach. Nothing in this case appeared to bring happiness to any of the parties involved. In fact, it maximized unhappiness in each of the stakeholders involved, especially the two patients.
A utilitarian would argue that Virtua Health did not maximize happiness within the stakeholder’s involved. The staff at the hospital working directly with the two patients messed up their information, which ultimately could’ve led to a deadly mistake. If they had just taken the extra time to verify the correct patients, this mistake would not have happened, and a successful kidney transplant would have resulted.

Kantianism Theory
Immanuel Kant came up with the four basic principles of Kantianism. These are to act rationally; allow and help people to make rational decisions; respect people, their autonomy, and individual needs and differences; and be motivated by good will, seeking to do what is right because it is right. The mistake that Virtua Health made in giving a kidney to the wrong patient goes against what a Kantian would think. Virtua Health was not acting rationally nor did they do the right thing in this scenario. By giving a person the wrong kidney, they did not respect the autonomy of this person or the other patient involved whatsoever.

Virtue Theory
Virtues are the characteristics that allow things to function properly. Aristotle came up with the virtue theory and said that rationality is the distinguishing characteristic amongst people. The four main virtues of character are courage, honesty, temperance/self-control, and justice/fairness. Aristotle also added that a thing is happy if it fulfills its function. So, a person or company cannot fulfill their happiness if they do not display these main characteristics. Virtua Health displayed little to none of these characteristics, and in turn found themselves unhappy as well as their patients. The one thing I would say is that Virtua was honest throughout their mistake. Although they didn’t exactly treat the two patients right by giving them the wrong kidneys, they told the truth to the two patients involved and to the public. But they lacked the other characteristics and ultimately led to unhappiness throughout their healthcare system. A virtue theorist would say that Virtua Health did not possess courage, honesty, temperance, or justice and led to an irrational mistake. 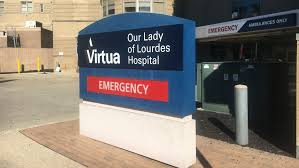 Action Plan
Our bodies health is, without a doubt, one of the most important things that we look out for. That being said, Virtua Our Lady of Lourdes Hospital did just the opposite of that on November 18, 2019 when they accidentally gave a kidney to the wrong patient. Both patients on the transplant waiting list had the same name and a similar age, and both were waiting for a matching kidney. The patient who should have received the kidney was higher on the matching list, which is managed by the United Network for Organ Sharing. Although the designated patient who originally was supposed to receive the new kidney received the transplant a week later, both patients underwent successful surgeries and are doing well. The medical director and transplant coordinator visited the patient who was supposed to get the kidney to apologize. Virtua Health is committed to the mission of helping people “be well, get well, and stay well”. Obviously, this potentially deadly mistake showed that Virtua was not acting in the interest of their mission. Even though the hospital was honest and completely transparent to the patients and the public about what happened, it does not remove the fact that they need to be held accountable and enforce new policies within their healthcare system to protect their patients from accidents like this. The most important thing Virtua Health needs to do now is regain the lost trust from their patients and the general public by implementing these new policies and rules into their health system.
Although accidents happen and mistakes are made, this specific scenario could have and should been prevented. It is clear that a mistake of this magnitude was made due to a lack of many different factors on Virtua’s part. It is also clear that the healthcare professionals involved, as well as the entire Virtua Our Lady of Lourdes Hospital, need to fix these problems so a mistake like this does not happen again. 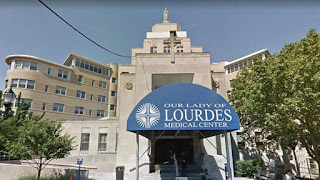 Virtua Health should come up with a more in-depth system to easily identify patients, especially patients with identical information, such as names and birthdays, so it wouldn’t be possible to mix them up. They should widen the criteria to check for on a patient to make sure they are getting the right surgery or the right care and that they are the correct patient. Added verification can make a tremendous difference in ensuring a mix up such as this would not happen again.
Added communication efforts between everyone working directly with a single patient could also ensure that not just one worker is checking the patient’s information but numerous healthcare workers. If one worker sees something wrong or sees a flaw, they need to let another worker know immediately and take charge of a possible disastrous situation.
Lastly, Virtua Health needs to continue being honest and transparent with themselves, their patients, and the public. It would be a great idea for Virtua Health to come up with a new mission statement to show their patients and the public that they can rely on Virtua Health. A new mission statement would also ensure that they took this matter very seriously and want to better themselves as a healthcare network. They made this mistake which easily could have been prevented, but in the end, they did not try to cover it up and everyone involved was okay. They were held accountable and they told the truth about what had happened and that is something that should be recognized. Nurses, doctors, and health care workers are the backbone around the globe, especially with everything going on right now. Mistakes will happen, and if they do, it is best to implement new policies and rules in which hopefully those mistakes will not happen again.