The Walt Disney Company is a leading family entertainment and media enterprise. For more than nine decades the name Walt Disney has been distinguished in the field of family entertainment. From their humble beginnings as a cartoon studio in the 1920s to the global corporation they are today, The Walt Disney Company continues to proudly provide quality entertainment for every member of the family across America and around the world. It consists of five business segments: media networks, parks and resorts, studio entertainment, consumer products and interactive media. The subsidiaries within these segments of the Disney Corporation include ESPN, ABC, Marvel, Touchstone, Pixar, numerous theme parks and resorts, and a variety of consumer product lines. However, one of the company’s newest merges with Marvel is causing controversy in the workplace, especially within the Disney Consumer Products division (DCP).
Not too long ago, about three years, The Walt Disney Corporation bought Marvel and only 2 short years after the merge the company’s new corporate mindset has caused a lot of issues within the staff. Isaac “Ike” Perlmutter was the largest shareholder in Marvel and after the merge he became the second largest shareholder of the Disney Corporation, behind the Steve Jobs Trust. As the purchasing company one would presume that Disney would prevail as the higher power amongst the many subsidiaries, but Perlmutter’s strong opinion and influence on the consumer products division has proven quite the contrary. His cost-cutting, stubborn, and selfish ways has put him at odds with many of the other high powers within his department and has caused drastic changes within the consumer products division of Disney.
Around the time of the buyout Marvel had achieved great success as their movie The Avengers had just claimed a spot in the top three all-time grossing movies behind Titanic and Avatar.  The acquisition was not only about movies though, Disney planned to use Marvel’s vast library of superhero characters in every part of its business from theme parks to television shows and consumer products, adding Incredible Hulk underpants and Iron Man lunch boxes to Disney’s staple inventory of Mickey Mouse merchandise.(Garrahan) With success comes power, or at least that is what Ike must have thought as he held his ground and fought for the Marvel product lines to practically take over the Disney stores. The operating income from this division did increase about 35% from 2011 to 2012, which can be credited to the inclusion of the Marvel product lines, but this profit came at a price. Because of Perlmutter and his methods in producing this excess profit executives like Andy
Mooney and several other lieutenants resigned from the company. In fact, three female executives

hired lawyers to seek financial settlements. On top of that complaints have been filed within Disneys human resources department towards Perlmutter in regards to his treatment of fellow employees.
This isn't the first time that Perlmutter has been linked to changes within Disney. Earlier this year, he was rumored to have helped with the controversial ouster of Disney Studios head Rick Ross following the failure of the John Carter movie, with a Deadline source describing Perlmutter as "making Disney CEO Bob Iger's life miserable with back-seat managing of everything, especially Walt Disney Studios”(McMillan). Many more conflicts between Perlmutter and colleagues occurred over the years. Anne Gates, the chief financial officer of DCP, and Jessica Dunne, head of global product licensing, had run-ins with Perlmutter that were observed by other staff. Gates and Perlmutter clashed over how she organized financial reports. Perlmutter wanted her to use Marvel’s format for spreadsheets but did not ask nicely according to coworkers who said she was verbally abused by him. Dunne filed a written complaint about Perlmutter regarding a disagreement over an email she sent. Dunne told colleagues that she was frightened because a disagreement between the two led to Perlmutter allegedly saying he had a bullet with her name on it. As mentioned earlier Perlmutter likes to cut costs, which proved true when he got into a bit of racial scuffle. The first Ironman movie featured the African-American actor, Terrence Howard, as Colonel Jim Rhodes. Don Cheadle, another African-American actor, was hired for the same part in the sequel at a cheaper price. Perlmutter apparently told Mr Mooney the change cut costs. He allegedly added words to the effect that no one would notice because black people “look the same”. People who filed statements with Disney’s human resources department say managers were cautious about the claims.
The company’s stakeholders included in this situation are the shareholders, employees, customers, and any other investors. Disney is a large corporation set up worldwide and changes in any segment can affect all of the stakeholders involved, but some more than others. These issues are not something all shareholders may be aware of. Perlmutter, being a top shareholder in the company, does have a lot of power in decision making and he let that power get the best of him. Forcing opinions on others until they chose to yield to his ways has gotten Perlmutter to the top within the company and very little has been done to stop his path of destruction. He has poorly affected the overall dynamic within the Disney Consumer Products Division as other employees or stakeholders opinions were overlooked or ignored. In fact, this behavior is what led to many of the corporate staff members leaving the company or filing lawsuits or complaints regarding Perlmutter. Other stakeholders involved are the customers. The customers are the ones that keep the DCP division going with their purchases of the products the division is working to create and sell. Customers in the store that purchase a marvel toy instead of a princess toy do not know what it took to get those marvel toys on the shelf or how their purchase could affect the dynamic of the stores. They are inflating the ego of Perlmutter without even realizing it and in a sense allowing for his verbal battery to continue getting him what he wants.
Ethics is defined as values relating to human conduct with respect to the rightness and wrongness of certain actions and to the goodness and badness of the motives and ends of such actions. (Ethics 1). Ethics in business, or Business Ethics, is the study of proper business policies and practices regarding controversial issues. Ethics within business is often guided by law, but mostly just provides a basic framework that businesses may choose to follow in order to gain public acceptance. It is a simple concept to treat others well, so it is easily understood why Perlmutters behavior caused such controversy. It is not acceptable to talk to others in demeaning or degrading ways to begin with but especially in the workplace. For this reason it is easy to understand that Perlmutters behavior was unethical. The more difficult part is understanding why his actions are considered unethical and what should have been done about it. This can be done by analyzing this issue through the slightly different 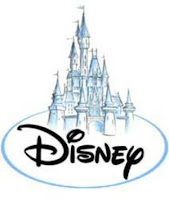 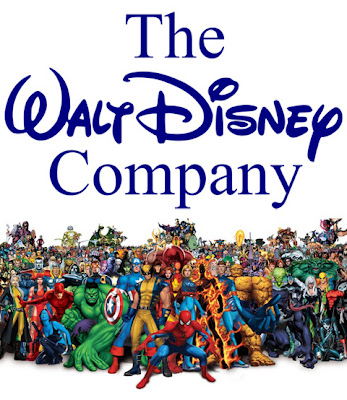 population as well as the impact of the individuals on each other. Once all parties have been accounted for and accommodated for, an agreement or law is created. In this case the only party that was accounted and accommodated for was Perlmutter. Disney was bias towards him and tip toed around his poor behavior. Because they allowed his actions he is also in violation of the social contract theory. The rights and opinions of those he works with were completely disregarded by him so he could do and achieve what he wanted.
The actions of the Disney Corporation and Isaac “Ike” Perlmutter are considered unethical by all of the primary ethical views. Disregarding the rules of humanity and ethics, and disrespecting colleagues the way Perlmutter has is not the proper way to allow any business to function. A merge can be a tricky situation but the purchasing agent, in this case Disney Corporation, should maintain the control after the merge. That is not what Disney allowed to happen. Perlmutter came in with Marvel and forced his business plans and ideas on others to the point where they were not allowed to say no. In fact, some were even scared to say the words no to Perlmutter for fear of what he would say or do back.
This could have all been easily prevented if Disney took legal and contractual steps to maintain the workplace balance they had prior to the merge while including a new Marvel division. Marvel’s superhero’s and Disney’s princesses are two very different product lines that should have been kept separate. If Disney set Marvel up as a separate entity within the DCP they a lot of controversy over what stays and goes could have been prevented. This arrangement would have put Marvel under the power of the DCP and in a sense built a checks and balances system that would not allow any one person to be the decision maker. This would mean any and all decisions Marvel wanted to make within the DCP would be approved by the original staff. It is called Disney Corporation, not Marvel Corporation, therefore Disney and all employees who were with Disney before Marvel should have the last word.