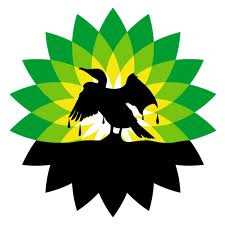 British Petroleum (BP) was founded in 1866 and is now
among the largest distributors of oil and gasoline in the world, as well as the single largest in North America.  They operate in 28 countries worldwide, refining an average of 2,352 of barrels of oil per day.  In recent years, British Petroleum has had major incidents in which some of their employees have been injured or even lost their lives, as well as causing tremendous damage to the enviroment.  The first accident happened in March of 2005, when a refinery in Texas City, Texas underwent a series of explosions killing 15 and injuring 170 people.  Another incident happened in 2010 where an oil spill was caused because some of the parts that the company was using on the oil rig, failed.  The spill lasted for a total of 87 days, releasing 4.9 million barrels of oil into the Gulf of Mexico.  This spill had an enormous effect on the wildlife of the surrounding area, killing countless animals and destroying their homes. 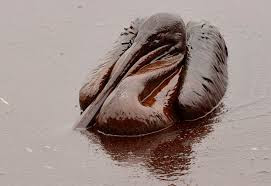 The individualistic business theory states that the only obligation for a company is to make a profit.  The company can do whatever it takes to make a profit, as long as they stay within the legal boundaries.  In this case, BP did not do anything unethical because the accident was a result of mechanical failure.  A specific part, a cement shoe barrier, failed to use the reservoir to contain hydrocarbons which eventually led to the explosions.  If the employees knew of this and did not do anything to fix it, it would be considered unethical behavior.  But since they had no knowledge of what was happening, they did not do anything unethical.  The stakeholders in this case are the company, their employees, and the customers. 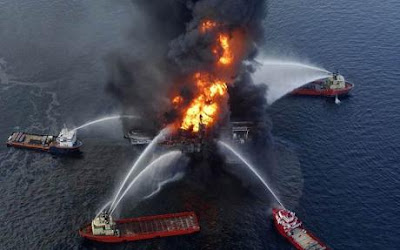 The utilitarianism theory says that a company should keep happiness to themselves and happiness to others at a balance.  No party should be happier than the other, to keep things fair.  The two parts that make up utilitarianism are egoism (maximizing happiness in the business) and altruism (maximizing happiness in others).  In the case of the BP Oil Spill, BP did not make themselves happy nor their customers.  The company lost billions of dollars on wasted oil, paying for cleanups, and donations they made as a result of the spill.  This money could have been used for something like upgrading their machinery or investing it in another company, where they could potentially make money out of it.

The Kantian theory of business consists of four parts.  They are that businesses should act rationally, help others make rational decisions, respect people, and make decisions based off of goodwill.  BP did not follow these four rules.  They did not respect people (employees and customers) because they did not take the necessary steps to make sure the equipment was up to date and in good condition.  This shows that the company would rather save time and money than to ensure the safety of their employees.  They disrespected their customers because after their incident at Texas City, they said they would improve on their workplace safety which they clearly did not.  This shows how they are not true to their word so the customers lose their trust in them.  The company clearly was not making decisions off of goodwill because they were just trying to save time and money by not going through the correct safety procedures.

The Virtue Theory states that in order for a business to function properly, they must obey virtues such as honesty, courage, justice, and self control, to name a few.  BP did demonstrate honesty and courage because they had the courage to admit to the public their wrongdoing.  They were not honest in the fact that they did not test out their equipment correctly, and went on using it like they did, but after the accident happened they did admit to it.  They did not try putting the blame on subcontractors or the manufacturer of the part that broke, which they easily could have if they wanted to avoid some of the heat.  BP was ethical in the product they offer to the customers.  BP has consistently been one of the top sellers of oil based products, which proves that their product is not cheap or bad quality.  After this spill, customers changed their opinion of the company more so than the product.  If customers choose to not buy from BP anymore I believe it would be more because they do not want to support an irresponsible company rather than because they believe their product is worse than before. 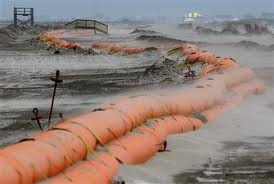 Overall, BP made the majority of their mistakes behavior the actual incident.  They made mistakes that led up to the explosion happening.  If they followed their correct safety protocols this incident could have been completely avoided.  To prevent further accidents, I would recommend that the company hires a manager of some sort to collect physical reports of the employees testing out the parts before putting them to use.  These reports will be much more credible than verbal confirmation of the quality check of the parts.  If they happen to find parts that are not up to standards, they can then notify the manufacturer of the part to prevent them from making more defective parts.  This will make the overall process much more effective for both the company and the manufacturer.  They can also develop universal procedure for when accidents like this happen.  If they came up with and put to use a strategy that they know will work, it will save vital time in crucial situations like this when oil is being poured into the ocean.
Posted by John.Farrell at 6:53 PM