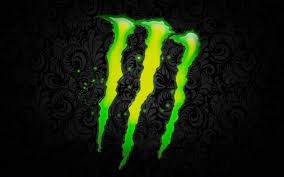 Based on Paper By Ryan Critelli


Monster Beverage Corporation is one of the worlds leading beverage suppliers around the world today. Hansen Natural Corporation launched the Monster brand beverage in 2002 and instantly it was seen plastered all over billboards and signs. Their main way of advertising is through sports which usually are extreme such as motocross, skateboarding, skiing and many others. In 2002 when the brand originated its distributor was Anheuser-Busch in the U.S. Since 2012 though it has switched to the more popular and famous Coca Cola. Monster beverage company has many endorsements with big name individuals such as Kyle Busch from the Nationwide series of NASCAR. He drives the number 18 car and is one of the dominating drivers in the sport today. Almost every time he has a high finish were e will be seen by the camera you will see him with a tall can of Monster Energy dietary supplement and every single conversation ends with him thanking Monster or all their support. This happens with many others such as the Los Angeles Angels of Major League Baseball, Rob Dydrek of the shows Fantasy Factory and Ridiculousness, the french Grand Prix, and finally, esports. In all of their products including tea, the main ingredient found that is able to supply the amounts of energy that they do is caffeine. Known to the public, caffeine can be very addictive and have serious side effects if not consumed in the proper amounts. Many health nutritionist say that 500mg of caffeine daily is sufficient enough for regular individuals to see the good benefits of the substance. Anymore than that though is where the side effects and addiction starts to kick in. Side effects that can be caused from caffeine include insomnia, nervousness, restlessness, irritability, stomach upset, fast heartbeat, and muscle tremors. One regular 16oz Monster Energy drink consist of 300mg of caffeine which is 3/5 the daily consumption if you want no side effects. The unethical part is that they put this in their drinks with absolutely no intention of stopping.

Monster Beverage Corporation has faced hundreds of lawsuits against them for severe caffeine amounts being used. But why is it that they are allowed to even put that much substance in it. The answer is that they are regulated as dietary supplements instead of soft drinks. Your average Pepsi or Coke is labeled as a soft drink and therefore regulated as one. They have caffeine in them, but not the absurd amounts that Monster energy drinks do. Dietary supplements face considerably less restrictions when it comes to what they put in them. Caffeine is one that is barely restricted allowing Monster to put 300mg in every single drink they sell. January 4, 2013 was their most recent lawsuit against them.

The stakeholders in this case would be the consumers, Monster Beverage Corporation, and the FDA.  Consumers obviously would be the most impacted stakeholder because they are the ones that are being harmed by the drinks they are consuming. Monster only benefits because they just keep seeing their profit margin increase steadily.

The four main ethical theories that are used to analyze this case is Individualism, Utilitarianism, Kantianism, and lastly The Virtue Theory. A point that should be made clear about all four of these ethical theories is that every single one of them could endorse Monster Corporation's ethical behavior if one thing happened. That is that a completely healthy and no side effect energy drink should be made, but with still keeping the energy increase that individuals get. The first theory to be discussed is Individualism. Individualism is defined as the interest of the individual should be met before all other considerations and values, rights, and duties all originate from the individual them self. In the Monster Corporation case their company's individual goal was to make a substantial profit. Their goal was clearly reached but not in an ethical way. For one to prosper at the expense of another person's health is absolutely morally and ethically wrong. That is exactly what is happening between Monster and their consumers. They keep producing all kinds of different names energy drinks all with the dangerous amount of caffeine in them. Since energy drinks are almost like a fad, they keep coming out with different looking cans and new flavors so society keeps buying. Many of their principles are the reason why the theory of Utilitarianism does not endorse such ethical behavior as well. Utilitarianism states that there should be the largest amount of pleasure over pain for the largest amount of individuals. Obviously when it comes to energy consumers are happy, but as far as health risks go they are not. Yes, for Monster happiness is being maximized but again at the expense of their customers. These drinks are labeled as dietary supplements. Aren't dietary supplements supposed to help ones diet. Caffeine only harms the body in such large doses and with the constant image of being trim being pounded in the heads of individuals their happiness level only decreases. Kantianism strives for respect among the company consumer relationship. They must respect the person themselves, their autonomy, their individual needs and differences. For this to happen though Immanuel Kant, the creator and idealist associated with Kantianism, stated that motivation must be present. With the profit their company is turning their is no motivation being created to produce a healthier alternate to their name brand energy drink. The last ethical theory being discussed in the analysis of Monster Energy is The Virtue Theory. This is what the company is willing to do and how they conduct themselves according to their beliefs and values. Monster Corporation and the FDA have to being willing to have the courage to stand up for what is right. It is not right to sell such a beverage to the company.

Overall the change will take a decent amount of time, but the result could mean greater happiness for the consumer all while keeping the same profit margin, therefore keeping the company happy as well. As for how the action plan would work, it is simple. Either the consumer boycott their beverages or they be listed as soft drinks instead of dietary supplements. This will force them to make a healthier energy drink and maximize the amount of happiness for all.