Instagram is an instant photo sharing social media site that gained popularity in the social media world in 2012. Originally produced by Kevin Systrom and Mike Krieger in October of 2012, Instagram would be available exclusively as an app for Apple iPhones. Membership remained free for all iPhone users and was used as a photo editing social networking site. After gaining overnight success upon its release, Instagram producers began to develop a plan to make the app available to Android users as well. On April 3, 2012 the app was made accessible to all smartphone users and the company saw 50 million daily users via smartphones. This instant success gained attention from Facebook and in April of 2012, Facebook announced its plans to purchase Instagram for $1 billion by the end of the year. This was not surprising to those following Facebook's recent drop in stock price and loss of users since the fall of 2011. After company debate and huge increase in media attention over the deal, Facebook agreed to buy Instagram for $750 million in August of 2013. The merger caused attention from both Facebook and Instagram users and the world waited to see what this conglomerate mega-company would produce. Soon after the merger, Instagram had 100 million followers and with the creative minds of Zuckerberg, Systrom, and Krieger expectations were undoubtedly high. 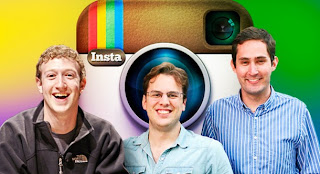 The result was not exactly what users expected. The first major change that the new company made was to modify their terms and conditions for all Instagram users to agree to before becoming a member of the social network. The change stated that it would be possible for any major advertising corporation or third party buyer to purchase users' personal photographs from Instagram without any form of consent. Media news of this change was slow to emerge due to technical wording of the terms and conditions that made it difficult to determine what the license actually meant to say. The terms and conditions currently state, "..[users] hereby grant to Instagram a non-exclusive, fully paid and royalty-free, transferable, sub-licensed, worldwide license to use the content that you post on or through the service.” This meant that the already 100 million members would continue to use the app without being made aware of the change to the privacy policy. 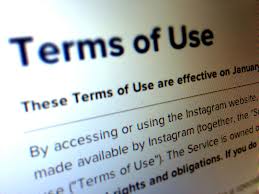 When this change finally leaked to the media, users were outraged at Instagram's choice to abuse free members photo privacy in addition to making it difficult to fully comprehend what this change meant for the protection of their privacy. This change in service was made in order for Instagram to make more money by profiting from advertising firms who wish to purchase photos for campaigns. The company stated in the terms of use that it would use the profits to cut down on spam and introduce new features for the app in the future. 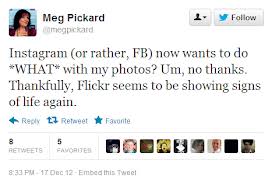 Once the legal language was deciphered it was clear that any Instagram user, including celebrity users, would be legally subjected to this violation of privacy simply by clicking the "I agree to the terms of service" box. Celebrities like P!NK, Coco Rocha, and Emma Stone all  spoke out against this change threatening to leave Instagram's network all together. These angry tweets and public statements were widely available and inspired other users to leave and in a matter of days Instagram lost 25% of its members and over 50% of its daily users by January 2013. 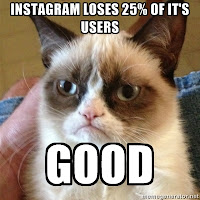 Instagram's Systorm responded to the immediate dissatisfaction by formally stating, "I'm writing this today to let you know we're listening and to commit to you that we will be doing more to answer your questions, fix any mistakes, and eliminate the confusion," he said. "As we review your feedback and stories in the press, we're going to modify specific parts of the terms to make it more clear what will happen with your photos." However the terms remain unmodified as of April 2013. In evaluating this case in regards to the four ethical theories this blog will illustrate how Instagram failed to comply with all four and therefor was not practices good, moral ethics when deciding to change its terms of service. Instagram's primary motivation was to gain profits and is a demonstration of the Individualist perspective to seek his or her interests primarily.
Although, Instagram did not see profit once users discovered that their privacy was being violated. This case demonstrates a violation of the ethical theory of Individualism because once the change to the privacy policy was made, Instagram lost users and likewise profits were lost. John Stuart Mill interprets  Utilitarianism by stating, “acts should be classified as morally right or wrong only if the consequences are of such significance that a person would wish to see the agent compelled, not merely persuaded and exhorted, to act in the preferred manner." The Utilitarian would say that Instagram’s choice to change its terms of service was not beneficial for users or the company. Since the principle goal of Utilitarianism is to maximize happiness for all parties involved, Instagram was not able to bring happiness to its members or its company. This case also does not follow the ethical theory of Kantianism because Kant said that people should do what is right because it is right in order to be considered morally ethical. 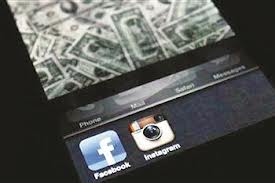 According to Kant a company must not deceive or withhold information from its consumers. In this case, Instagram changed its term of privacy after they had gained over 100 million users. These users in most cases were not made aware of the change and the violation of their privacy would go unnoticed if it had not been made public by the media. Instagram’s decision to withhold information from stakeholders and treating them as mere means for profit inevitably caused the users to lose trust in the company and it was financially detrimental to their business.
For the Virtue Theory, the four ethical values that will be evaluated are; Courage, Honesty, Temperance, and Justice. In some ways, Instagram’s choice to change the terms was courageous in the way that they risked their public image in attempts to make a profit. Anytime public figures like Systrom and Zuckerberg choose to modify their services they are risk of scrutiny and in this way the choice was bold and courageous. However, the virtue theory of courage also states that the choice must be courageous and stand up for what is right. In this case, Instagram was not courageous because they did not stand up for the user’s right to privacy. Instagram was also not honest because they chose to word the terms of service in a way that is confusing with the intention of withholding information and being deceitful. The choice also challenged Instagram’s virtue of temperance because the CEO’s did not reasonably consider the effects this change would have on their business and this choice resulted in a loss for its stakeholders. 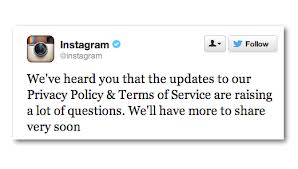 Finally, Instagram did not consider justice in their decision because it was unfair to use complex legal wording in their new terms of service. In this way their intention was to profit off of user’s lack of understanding which does not take into consideration the virtue of justice. My evaluation of this case is that I am concerned about my privacy and the privacy of others on Instagram. This is not an ethical way to treat customers and is not a proper way to profit for their company. I would not want my photos posted anywhere else besides where I decide. This case reminds us that nothing we post on the internet is private and even services like Instagram and Facebook are not safe ways to keep your photo privacy. My action plan for Instagram from here would be to openly and publically apologize for this change in service. If Instagram has the intention of
making money from the service, perhaps they could introduce a premium paid membership that users could pay for if they choose. This paid membership could have new features for the app that would benefit those who chose to pay a little extra. This would produce profits for
Instagram without having to deceive users. Instagram has the unique opportunity to use its own app, Facebook, and Twitter as vehicles to reach out to lost members and explain that they have decided to recant their initial changes. 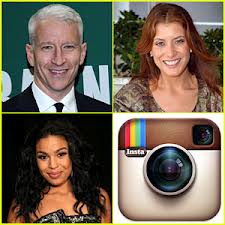 It is easy to join and leave a social networking service like Instagram and the community includes high profile celebrities that could endorse this apology and gain users’ trust again. I believe Instagram would benefit greatly from reaching out to a celebrity user, like Anderson Cooper, that had decided to leave because of the change and convince that celebrity to re-join the service and publically endorse the “new” Instagram. This plan would give Instagram a chance to regain members and users’ trust and prevent future issues of deceit and mistrust of the service.

References
Posted by Unknown at 9:43 AM