Right now, the National Hockey League is in the stretch run towards the playoffs of a condensed season. You would never know that, three months ago, any sort of a season seemed out of reach and many fans threatened to turn their back on the sport for good. Today, the focus is the playoff races and story-lines throughout the shortened season, but not long ago, the focus was off the ice. The 2011-12 season concluded with the NHL generating record revenue. Just as the popularity of the NHL was growing each year, the collective bargaining agreement, between the owners and the Players Association, expired after the 2011-12 season ended. The entire 2004-05 NHL season had been lost to a lockout and fans worried that the 2012-13 season would suffer the same fate.

For months, fans were subjected to men in suits meeting in hotel lobbies to try to solve the lockout. The usual hockey jargon that fans had come to know, had been replaced by "escrow," "rollback," 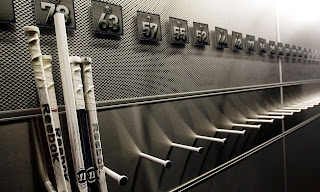 and "The Make-Whole Provision." Fans took to any outlet they could, including social media and other viral outlets to voice their displeasure. While not many fans would turn down a salary of an NHL player, fans generally take pride in the fact that, in regards to the other major sports, the pay scale in hockey is much lower. This gave fans the vision of hockey as more of a "grassroots" and "pure" sport. For this reason, fans had a difficult time swallowing the fact that a season that  was supposed to start on October 11, was not only being shortened but possibly cancelled all together over money. Fans wondered why the two sides waited until the season was coming up, to begin negotiating. Fans felt taken for granted and both the owners and the players association used propaganda to manipulate the opinion of the fans in an attempt to gain leverage, further angering the fans.

On January 6, 2013, fans awoke to the news that the two side had reached an agreement overnight that would set up a condensed 48-game season compared to a standard 82-game season. While the good news spread like wildfire, the opinion of many knowledgeable people, was that the lockout had done permanent damage and drove fans away despite half the season being salvaged. However, contrary to those beliefs, the season began on January 19 and the league has picked up right where it left off. The popularity has continued to grow as if the lockout never even happened. Television ratings have skyrocketed throughout the majority of the league. Of course, this does not mean that the actions of the NHL and the NHLPA deserved this outcome from an ethical standpoint.

There are a vast number of stakeholders in this case. Aside from the owners and the players association, important stakeholders include the various arenas around the league and the vendors inside them. While some arenas are more dependent on their corresponding NHL team than others, they still lost a large amount of profit from the absence. Some of these arenas were forced to find concerts or other entertainment to make up for the revenue. Along with the arenas, the businesses around the rinks also were effected. Many restaurants and bars lost a great deal business that they tend to get from fans attending the games or customers going to watch the games. The stakeholders who I have focused on the most in this case, are the fans. It is an interesting question of what the NHL and its players owes to fans. It is clear that without the fans, there would be no league. 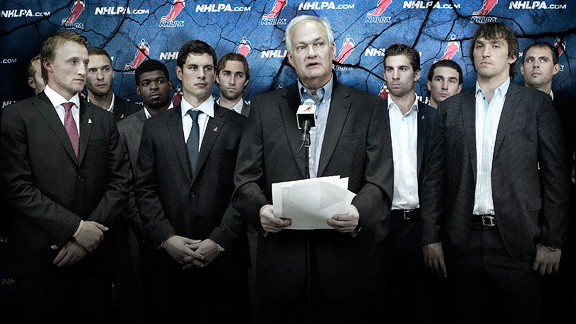 Individualism is the ethical theory that the individual or company should do what is in its own best interest, first and foremost. I feel that this theory would definitely agree with the actions of both the NHL and the NHLPA because they were looking for the best deal they could get for their side. If the fans did not come back, then this would be unethical because it hurt their profits. However, since the fans did come back bigger and better than ever, there really seemed to be no repercussions to their profits, so they were justified in the lockout. Aside from this, if the missed games began to add up to a point where it would be costly to their profits, it would also violate this theory, although clearly that was not the case

This theory would argue that, as long as the fans continue to come back, the league does not owe them anything. Once the league's actions really did push away fans, it then would become unethical in the individualism theory. You could argue that since the league did not know for sure that the fans would return and that the lockout would not even stunt the continuing growth of the league, they were risking too much. However, it seems that the two sides felt that the lengthy bargaining was worth the delayed season and the enraged fans. 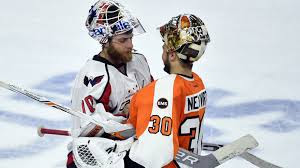 Utilitarianism is the ethical theory that focuses on maximizing the happiness of everyone. Since most cases will not please everybody, it is important to act in a way that will make the most people happy in regards to this ethical theory. Clearly, this lockout did not maximize happiness. Even the two sides responsible for the lockout were not happy during the lockout, as the negotiations seemed to get stressful and personal. Ultimately, the two sides may have been happy with the outcome when a deal was finally reached, but the rest of the stakeholders were certainly not happy and only received happiness when the league returned to playing hockey. It is pretty clear that the most happiness would have been distributed if the lockout did not eliminate any of the season and if it was handled differently.

Kantianism focuses on the intentions of the actions, when viewing them as ethical or unethical. It states that it is important to do right because it is the right choice to make. Kantianism would label this case as unethical because upsetting all of the fans in pursuit of more money and benefits would not be the right thing to do. Another big consideration is the idea of treating people as the individuals they are and not the purpose they serve to you. Both sides used the fans as leverage by manipulating their views and deceiving them. This definitely fails to follow the universal law and by deceiving the fans, they also break the formula of humanity. An ethical approach would have been to not use the fans as a means of leverage and to not use those tactics against the other party. The virtue theory focuses on the actions and how they pertain to the individual or company's virtues including; courage, honesty, temperance, and justice. You could make the argument that the two sides could have put aside their differences and been more open minded to better make a deal quicker and have courage that the fans would provide them with the revenue they need. This, of course, could also be looked at as not making a smart business decision depending on how much they would possibly sacrifice.

The league and the players definitely did not pass the honesty portion of the virtue theory. They manipulated the fan's opinions and were not upfront with them. In terms of temperance, the two sides got into arguments and, at times, the discussions got personal. While they did finally come to an agreement and salvage some of the season, they seemed to lack some temperance. In terms of justice, the case was certainly not just for the fans and the vendors within the facilities who faced economics hardships because of the lockout. Aside from this, you could make the argument that the outcome of the league being even more popular after the lockout ended, may have not been just. However, I think ultimately, everyone is happy that the league did not suffer damage. While, some people may not feel that the owners or the head of the player's association deserve the outcome, it is what is best for the sport and is the outcome the majority of people would want.

In my opinion, the NHL acted unethically in the lockout. While I understand it is a business and that they are looking on making profits, they still have some responsibility to treating fans well and not using them as a means of leverage but rather valuing the fans and understanding that they are what controls the success of the league. Hopefully the league learns from this lockout. Luckily, the new collective bargaining agreement lasts for at least eight years and possibly ten. When the CBA does expire, hopefully they handle it much more efficiently and professionally. As far as an action plan goes, the NHL has provided fans with discounts on merchandise and concessions within the rinks, as well as, set up different contests and opportunities for fans. The biggest action the NHL has done to win fans back is to just step out of the way and let the hockey season be the main focus. This has worked perfectly for the league. I feel that, obviously, the league should continue to take steps to make the game better and safer by rule changes and other means, which they had been doing prior to the lockout. The less the fans see of the NHL commissioner, Gary Bettman and the head of the NHLPA, Donald Fehr, the better.