MF Global and the case of the missing funds (2011)

MF Global was founded in the late 1700’s by James Man. It was a pure cash commodities firm that dealt mostly with the trade of sugar and molasses. Pure cash commodities are a type of investment when you pay cash and acquire the actual commodity. You then can hold the item and sell it when you wish.  ED&F Man, as it was known when it was founded up until the late 2000’s, mainly traded pure cash commodities until the late 1970’s. They then started to trade futures and other securities as futures market became more mechanized with the use f the internet. This made for a time of great growth and expansion and in 1994 they listed on the London stock exchange with a total of 650 employees. They acquired offices in Tokyo, Australia, the United States, and London. They remained this way as ED&F Man until 2007 when the company split into two firms. MF Global was the investment branch while a separate entity called the Man Group focused on asset management. 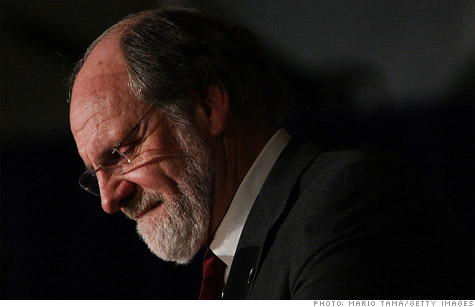 MF Global began to be a problem in 2008 when they received fines from the SEC for unauthorized trading and insufficient risk management. There were other intermittent fines until 2010 when Jon Corzine took over MF Global on a tip from a friend. Corzine was a star bond trader at Goldman Sachs in the late 1980’s and early 1990’s. His high appetite for risk proved to beneficial, especially during times of economic expansion. He thought he could turn around a failing MF Global with the same risky mindset. It seemed to work at first, when a high risk European Debt trade returned $31 million. Then in 2011, with his recent success, Corzine started to put some serious money in these debt trades. They were fine at first, but as the Euro zone started to collapse, so did MF Global. After a bad earning report and some defaulted European Debt MF Global Filed for bankruptcy. When the money was being returned to the investor they found an interesting surprise….They were missing $1.2 billion dollars. The money had just disappeared.
The actions of Jon Corzines can be looked at under four ethical theories. These four ethical theories are Individualistic Ethics, Utilitarian Ethics, Kantian Ethics, and Virtue Theory.  Under the individualistic ethical theory Jon Corzines’ actions were unethical. Individualistic Ethics states that the main goal of a person or a company is to profit for the owner. The actions must be legal, but other than that everything is fair game. By losing all of the investors money and basically bankrupting MF Global, Jon Corzine did not maximize the profit of anyone. He also didn’t maximize anyone’s happiness. This is the requirement of Utilitarian Ethics; to maximize the happiness of ourselves and others (Salazar). His actions caused the company to close and that had a negative impact on all of the shareholders. Corzine himself no longer has a job, and may face legal actions. The employees and their families were negatively impacted because the employees no longer have jobs. The investors were negatively impacted because they have lost a lot of money, and finally the government was negatively impacted because they lost the tax revenue of all the employees, the company, and the investors. Clearly Corzines actions made no one happy and he was acting unethically under the Utilitarian Ethical perspective.
Next is the Kantian Ethical perspective that states that in order to act ethically one must do three things: act rationally, be motivated by what is right, and the no one is exempt from the rules. Corzine acted as if he was above the rules. He broke several of the companies own rules regarding risk management. He also did not act rationally; he invested over $6 billion dollars in European debt. While this investment may have been good but this astronomical amount was not. Finally he was not motivated by any of the right things. Instead of being motivated by prosperity he was motivated by pride and greed. He wanted to prove that he still was a great trader, and that he had not made a colossal mistake; because of these rules he was not ethical under the Kantian ethical perspective.  The final Ethical perspective is virtue theory. Virtue theory is based off of four main virtues: “Courage, Honesty, Temperance, and Justice” (Salazar). Jon Corzines’ actions were rash and made out of desperation. Rashness is the opposite of courage in a business sense. Then there is honesty, his actions were not honest because there was no logging or record of where the money was coming from and where it ended up going. This ended up defrauding the customers and fraud is the opposite of honesty. The next virtue is Temperance; this is basically displaying self control. By investing that amount of money, and trying to make up for his own mistake by investing more money in the same failing investment showed he had no self control. Finally there is justice which in a business sense is “Hard work, quality products, good ideas, and fair practices.” (Salazar). As previously stated, Corzines’ actions were basically fraud and this is not a quality product, a fair practice, or a good idea. These reasons show how he acted unethically under the Virtue Theory of ethics. Personally I think that the actions of Jon Corzine were unethical. In addition to the reasons stated above, it is unethical to act as he did because you erode the trust of the people around you. Trust is a hard thing to earn so treating it so cavalierly shows he had no regard for how he acted or the consequences of his actions. This is the epitome on acting unethically. I do think that it could have been avoided by implementing three steps. First he needed to tie the employees pay to their performance. This ensures that their actions are in line with what the company’s goals are. Next I would have implemented strict risk rules. This would ensure that there was always the proper risk reward ratio. Finally I would have implemented rules requiring a paper log of all trading. This would ensure that the money couldn’t have disappeared. Had these rules been implemented MF Global might still be the investment giant it once was.