Apple vs. Workers in Wuxi: Who is really affected by the lower cost of the iPhone 5c? (2013)


Forced Overtime, Poor Working Conditions, and Neglect of Worker's Rights: Is it worth it?

The Problem Itself
Apple, the company known world-wide for creating the iPhone, as well as all other "i" products has been receiving complaints in regards to their factories overseas, particularly in a Jabil Circuit, a Florida based company that produces Apple products, owned  factory in Wuxi, right near Shanghai. In September of 2013, Apple was faced with accusations regarding the plant in Wuxi, brought forth by the China Labor Watch, claiming that workers were forced to sign documents saying that the average of 69 hours per week they worked was voluntary, putting employees at risk by not providing proper safety equipment, shockingly low pay, and uncomfortable living conditions. The first issue, the amount of overtime work averaging 69 hours per week, is a hot topic for debate because Apple itself has established a limit of 60 hours per week; and not only were they working the extra hours, but they were required to sign a contract saying that the overtime was voluntary. When asked about the issue, Apple seemed to brush it off saying that employees are unable to work more than 60 hours "except in unusual circumstances"(Yan 1). The second issue at hand pertains to the lack of safety within the factory. The China Labor Watch concluded from the investigation that "staff are allegedly working without adequate protective equipment, at risk from chemicals, noise and lasers"(Garside & Arthur 1). Apple responded by claiming that they provide workers with equipment, but sometimes "workers either fail to receive it or use it in the wrong way due to a lack of risk awareness and monitoring" (Garside & Arthur 1). The response by Apple doesn't seem to make much sense because, how are they able to assure they are providing these workers with equipment if they don't know if workers will "fail to receive it" or teach them how to use it properly in order to increase "risk awareness?" The strikingly low wages and uncomfortable living conditions go together because the Jabil factory makes dormitory blocks for their workers and, in all reality they probably wouldn't be able to afford another place to live. According to "theguardian," workers live in dormitories accomodating up to 8 people per room and are accustomed to disturbed rest patterns because they tend to be mixed between night workers and day workers, living on two completely seperate schedules. Living somewhere else, most likely, crosses their mind very often; however when they are making half of the average monthly income in the city of Wuxi, it's clear that living elsewhere is not an option, unless they work 100 hours of overtime in order to make the equivalent to the average monthly income in Wuxi (Garside & Arthur 1). 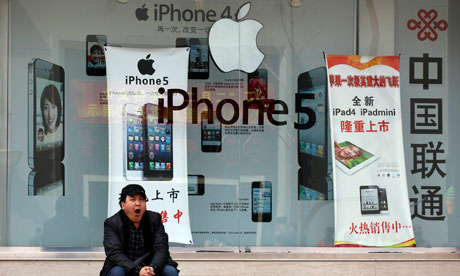 Utilitarianism
Utilitarianism, an ethical theory rooted in works by Thomas Hobbes, David Hume, Adam Smith, Jeremy Bentham, and John Stuart Mill, has had, and continues to have a profound impact on politics, economics, public policy, and especially businesses (DesJardins 29). Utilitarian ethics say that we can determine the "ethical significance" of a particular action by looking at the consequences and, in the end, the best decision is the one that maximizes "the overall good," the opposite of authoritarian policies (DesJardins 29). In the case of Apple and the Jabil factory in Wuxil, the decisions within the overall situation would be regarding the employees' pay, housing quarters, weekly hours, and the lack of safety equipment. From a Utilitarian perspective, one must take into the stakeholders of the situation, which in this case, are "iPhone 5c" customers, the 30,000 employees, and Apple's executives because regular employees and shareholders were not affected by this issue. When taking numbers into consideration, one may say the best decision was to do what Apple did because it caused the "iPhone 5c" to be less expensive to the numerous consumers; however, if these 30,000 employees were working under proper conditions and being paid a reasonable wage, consumers most likely wouldn't have even thought twice if the price when the phone came out, was slightly more expensive than it was. With this being said, Apple's decision would be judged as highly unethical through the eyes and mind of a Utilitarian and the best decision in the long run would be to pay these workers fairly, make sure they have all the proper safety equipment, and have comfortable living quarters with employees that share the same schedule; because people are going to buy Apple products even if the price of the product goes up slightly.

Kantianism
According to Immanual Kant, a German philosopher, "our fundamental ethical duty is to treat people with respect (DesJardins 38);" however, according to the power point slides, our actions must be with selfless intentions, and only fueled by the fact that it is the right thing to do. This is exemplified on the slide titled "Determining the Right Motivation," in which statements, all positive, are looked at to determine which one would be an example of Kantian ethics. Though each statement was positive, the only the third one would be considered an example of Kantian ethics because the shop owner's "motivation is from duty and is not simply self-seeking" (Salazar 1). In this case, one must not only look at the actual actions of Apple, but the intention behind them as well. In terms of Apple's actions towards the employees is clearly not respectful, which violates Kant's idea of what our fundamental duty is. Also, in terms of Kant's formula for humanity which "states to act in such a way that you treat humanity, whether in your own person or in the person of another, always at the same time as an end and never simply as a means" (Salazar 4), Apple's actions were highly unethical because Apple was using these workers' situations against them. Think of it this way: China has a booming population in which living quarters are smaller and many of the jobs are companies outsourcing because of cheaper labor rates. Apple took advantage of this by providing them with uncomfortable living quarters, half of the city's average monthly income, and dangerous working conditions, knowing that these workers needed a place to stay, and a place to work. Relating back to Kant's ideas, Apple was using these employees as a means to make huge profits, knowing that people would respond exponentially higher to a less expensive version of the newest iPhone, which violates not only the formula for humanity, but also the idea that we must act out of selflessness. 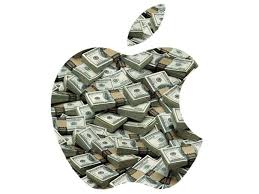 Milton Friedman,  is a highly influential, Nobel Prize winning economist. Friedman's idea of Individualism is that the only goal of a business is to maximize profits, which will in turn maximize profit for the stockholders or the owner of the company. Though at surface level this statement seems highly debatable, in which many don't agree, on page 55 of the text, An Introduction to Business Ethics, Friedman states,"In a free-enterprise, private property system a corporate executive is an employee of the owners of the business. He has a direct responsibility to his employers.......and his primary responsibility is to them." This quote basically states that a corporate executive is employed by the owners of that business, whether it is shareholders or privately owned, and the executives responsibility is to make their "employers" happy. He further says within the quote that their responsibility is to conduct business in compliance with the owners' desires, which is generally to maximize profits, while conforming to the rules of society, "both embodied in law and those embodied in ethical custom. (DesJardins 55)" Though focusing solely on profits is the most mentioned topic, he also chimes in that they should abide by the law and ethical standards, and the decision to do so is not Friedman's, but the company themselves. I agree with Friedman's views because if businesses did not make profits, the government would have to subsidize them in order to keep them open, but I also agree with Friedman's idea that corporate executives have a duty to conform with rules of society, as well as the law. In this case, Apple did not act in complete accordance with Friedman's Individualism because, although they were acting to maximize their profits, Apple did not abide by ethical standards. In order to act in accordance with the ideals of Individualism, Apple should abide by ethical standards and pay these employees a fair wage, provide them with the necessary safety equipment, and at least rearrange their living spaces according to the employees' shifts, so they are all on the same schedule.

Virtue Theory
Virtue Ethics is "a tradition within philosophical ethics that seeks a full and detailed description of those characteristics, or virtues, that would constitute a good and full human life" (DesJardins 41). In other words, Virtue Ethics is looking beyond if something is good or bad, and rather classifying a person or actions more specifically. These "virtues" are looked at as motivation traits that will lead us to live a meaningful life filled with happiness, or a life of unhappiness; and have been looked at in this way since the time of Plato and Aristotle. Plato's four basic virtues are prudence, which is the right judgment and actions at all times; justice, which is always giving people their rights; temperance which is practicing self-control and lastly, courage, the ability to combat fear and uncertainty. In Apple's case, they violated three of Plato's basic virtues. Prudence was violated because Apple used a selfish judgement when determining employees wages, living spaces/arrangements, and making sure safety equipment was distributed. In order to have prudence, Apple should use proper judgement to determine a fair wage, arrange their living spaces in accordance to employees' work schedules, and make sure that not only are employees receiving safety equipment, but know how to properly use it. Justice was not practiced because these employees were forced to sign a document stating their average work week of 69 hours was voluntary, even though Apple caps its work weeks at 60 hours. In order to act justly, Apple should give their employees break times where they can eat, and cap their hours to 60 a week, just like all the other employees elsewhere. Lastly, Apple did not express courage through their actions because they wanted to secure their profit margins, and even increase them, by using cheap labor to create a less expensive phone, which more consumers would react to. In order to act courageous, Apple should increase their pay and better their living arrangements and raise the price of either the "iPhone 5c" or their next model to compensate for the extra expense, or just take the reduction in profit margins, even though they will still be large.