Case Description
I came across an unethical article about Mitsubishi Motor Corporation, the article was “Mitsubishi Motors says manipulated fuel economy tests, shares tumble” (Tutt, 2016).  The article was about how Mitsubishi Motors confessed it had falsified fuel mileage and tire pressure information when doing tests on the vehicles.  The company admitted to producing 625,000 vehicles since mid-2013 that had this issue, which included their eK mini-wagon model as well as 468,000 Nissan Motor vehicles. This is not all that shocking due to the company, back in 2000, revealed that they were covering up their safety records and customer complaints. Then four years later they admitted to broader problems going back for a while. This was the worst recall scandal in Japan’s history. The article also brought up that the company would stop selling these types of cars and would set up an independent panel to investigate the issue.

Stakeholders
From Mitsubishi’s unethical issue, many people, stakeholders, are affected by the actions. To start, the management of Mitsubishi Motors Corporation is affected by this because it gives them a bad label as an unethical company. They also can be seen as they really did not do much to fix this problem because they waited to stop making the product until they were caught and confessed of doing it. By being labeled as altering miles per gallon on cars, they make a bad name for themselves and could cause for a decrease in sales, which in turn could lead to people in management getting fired. Another stakeholder is the customer. This is because the customer purchased a vehicle that they were misled on. If the customer knew the truth about the vehicle that may have prevented them from buying it. Customers would also want to return the product as soon as they find out their vehicle might be tainted.  With people buying vehicles less from this manufacturer, the company’s stock is decreasing and the stockholders, in turn start to lose money. The company, if knowing of the situation, would be making the stockholders lose money.  The employees are effected as well. They may start losing jobs if the decrease in sales from unethical practices continues. 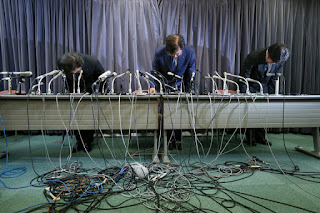 Individualism
The definition of the ethical rule of Individualism is that decisions are made in order to maximize profits for both the owners and the company, staying within the law. Individualism in this case is saying that Mitsubishi would have to take actions that would maximize their profit as long as they keep it legal. What they were doing, altering the mileage, would help to maximize their profits but this action is illegal and has to change. Over time Mitsubishi has gotten the label of a good reliable vehicle, and was able to maintain profits throughout their past. But to take steps toward maximizing profits they should try to distribute vehicles that are impressive with its mileage. This would probably be the best option in order to give the company its greatest opportunity to receive as much profit as possible. If this can be done, Mitsubishi can improve their name and vehicle sales, along with maximizing their profit.

Utilitarianism
The definition of the ethical rule of Utilitarianism is maximizing the happiness of others along with yourself.  The company should look to make everyone, affected in a decision, happy in the long run. There are the stakeholders that are affected by all business decisions. In the case of Mitsubishi, they were taking actions that were trying to increase their sales by making their cars look better than they actually are, mileage wise. This was an effort to make some people happy, which are management and employees, but only for short term. The management and employees were selling a lot of cars prior to the news breaking so everyone involved with the company was happy by making more money. This is both management and employees. They did not think of the stockholders happiness when they were taking these actions. This is because the stockholders lose money when something unethical happens in the company, with the stock dropping. Initially, they were making money when sales were better, but once the sale decreased they start to loose money. Also, the customers are unhappy in this case because they are purchasing cars that they are being lied to about.  Not only did this make customers unhappy, but also make them feel as though they are supporting a company that is unethical, no one wants to be associated with driving a vehicle that is looked down on for the company’s actions. Suppliers and manufacturers are both affected by this case because they no longer will be able to produce and sell an unethical vehicle. In closing, Mitsubishi should make vehicles with outstanding mileage in order to gain interest of customers. If this is done legally, everyone would be happy and there would be no issues within the company.

Kantianism
The definition of the ethical rule of Kantianism is making decisions and taking actions that have consent from all parties included, honoring and respecting the people that are informed in the company. This ethical rule makes it so a person shouldn’t harm any other individual in any way. In Mitsubishi’s case, the company did not make decisions that was consented from all the parties. They did not act with the best in mind for all people involved in the company. They were only thinking about selling the most cars possible, not matter how it’s perceived by people. They wanted the consumers to think they were getting a vehicle with really good gas mileage but in reality the information was worse than it seemed. Mitsubishi was very unethical, because not only did they have information on their vehicles altered but they also withheld that information from the consumers. If the consumers knew of the alteration of the mileage, the thought of purchasing the vehicle may change for a lot of them. For Mitsubishi to change, they must fix their test data and must inform the public what is happening with the company and the vehicles. Mitsubishi should respect the people and the needs of each. They did not do this and acted unethically to make profit. Once the customers are informed, after the data is fixed, Mitsubishi is taking steps in the right direction to conform by the definition of Kantianism.

Virtue Theory
By definition, virtue theory is acting so that good character traits is portrayed and bad character traits are avoided in any way. Aristotle said, “we all have rational capacities and social capacities, so we all need to exercise our rationality in whatever talents we have and to relate to others in the world in a way that brings balance into our relationships” (Case Manual, Chapter 2). This philosophy was not followed by Mitsubishi. In virtue theory, there are four virtues in business, including courage, honesty, temperance and justice. Courage is having strength in the face of pain or grief for the right action. Mitsubishi did not follow this because they are not taking the right actions. The second virtue is honesty, which is selling vehicles that the consumer is informed correctly about. This again was not followed by Mitsubishi. They should tell their customers the truth in order to follow by this virtue, rather than lie to the customers on what they are buying. The third virtue is temperance, which is expectations and desires that are both reasonable, which was not followed by Mitsubishi. Mitsubishi was just making an action based on making money and not do it ethically. The last virtue is justice, which is making products with good quality and doing it through fair practices. Mitsubishi yet again, did not follow this virtue because they were selling tainted products, through unfair practices. This can be fixed by being honest with themselves and the consumers and selling products that are described correctly.

Posted by Andrew Richards at 1:35 PM