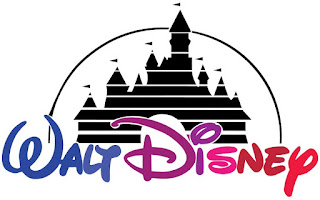 Controversy
Disney is world known company that produce entertainment for the families all over the globe. But been such a huge and influencing company it is hard not to be in a spotlight of controversies. One of the latest controversy that Disney was accused is whitewashing. Whitewashing is when someone who is looked at as leaving behind or neglecting their culture and assimilating to a white, western culture (Urban dictionary). Simply speaking, it is when movie productions take white actors to play characters that originally were black, Asian etc.
Disney was starting to get in the webs of the controversy in 2017, when they announced the cast for the live-action movie adaptation of original cartoon "Aladdin" (1992) that will come out in 2019. Company was accused in whitewashing when it was revealed that main female part is going to be played by Naomi Scott, who is originally British-Indian and not Arab, as Princess Jasmine originally is. What putted more firewood into the fire is that after this, it's been revealed that "Aladdin" (2019) will introduce a totally new character - Prince Anders played by Billy Magnussen, American actor.

It is also worth mentioning a similar incident happened a few years ago, when Tilda Swinton got a part in Marvel Studio's "Doctor Strange" (2016), which is ironically a part of Disney corporation. She played Ancient One, who is originally Asian male. At that time, people also were not happy by that decision.

Stakeholders
As Disney is billions worth company that is on market for 95 years (since 1923), it gained trust and money from the stakeholders and they need to keep them happy. As customers/ audiences are the main and mostly only who brings money to the company and now they are unsatisfied they won't bring money to the company and Disney will lose stakeholders trust as the price of the stocks are going to lose value as well.

Individualism
As Friedman's theory of individualism is basically that the only obligation that the company has is to maximize profit and satisfy stockholders. Disney wanted to hire actor's that are familiar to the audiences and attract them to watch movie. They ignored the original to maximize the profit.

Utilitarianism
Utilitarianism is basically maximizing stakeholders' happiness. Utilitarians would see this case as unethical as they didn't maximize happiness of stakeholders as company will lose profit by selling less movie tickets, toys etc.

Kantianism
Immanuel Kant came up with Kantian business ethics, which follows four basic principles: act rationally, allow and help people to make rational decisions, respect people and be motivated by good will. From Kantianist point of view this case leans more towards as unethical. People have been fans for many years and now when they can see the live-action adaptation of the classic cartoon with Arabic background, they will see non-Arabic or close to it actors playing those characters. Also, by giving parts to non-Arabic /Eastern countries' actors the roles they don't promote those actors and don't give them opportunity to show what they are capable of.