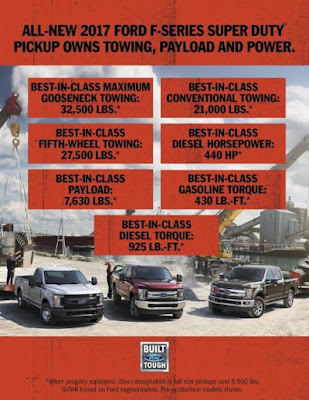 In January of 2018 a lawsuit was filed against Ford Motor Company accusing them of installing emission defeat devices in their F-250 and F-350 super-duty diesel trucks. Over 500,000 trucks were supposedly equipped with this emission defeat device from the years of 2011 to 2017. Ford replaced the traditional exhaust treatment components with a selective catalytic reduction in front of the diesel particulate filter. This device essentially sensed when the truck was being tested for emissions, based on the certification test cycle, and would allow the truck to act accordingly. Which means that when it sensed that the truck was being tested it would only produce the allowable amount of NOx, which is a mixture of nitric oxide (NO) and nitrogen dioxide (NO2). But on the other end, when it sensed that it was not being tested, the truck would produce up to five times the legal limit of NOx in normal stop-and-go traffic, and up to fifty times the legal limit when driving uphill or towing (Tracy). The EPA (Environmental Protection Agency) create emission limits, especially on diesel vehicles because of the devastating impact NOx has on our environment. The defeat device that allowed the truck to emit up to fifty times the allowable NOx is the only reason that Ford was able to achieve their class-competitive horsepower and torque outputs in their power-stroke diesel engines. Not only did Ford knowingly install this emissions defeat device in their Diesel trucks, but they got the device from the same company, Bosch LLC, as Volkswagen did before they were also caught cheating emissions testing.

Stake Holders:
A stake holder is anyone who has interest or concern in a particular business or organization. In the case of the Ford motor company diesel scandal, there are quite a few stake holders. First, the executives, and really every one who works for ford is a key stake holder because this will most likely result in a huge loss of money for the company which will effect everyone who works for Ford. More importantly, the customers, who were lied to and tricked into buying a truck that turns out to be illegally passing emissions tests. But also, our environment and really every living thing on this planet, emission regulations were made for a reason. To protect the health of living things on this planet.

Individualism:
Individualism is the ethical theory, popularized by Milton Freidman, that focuses on maximizing profits for a company while staying within the law. Said by Freidman Himself “…to make as much money as possible while conforming to the basic rules of society, both those embodied in law and those embodied in ethical custom… (pg.55).” Individualism is rather straight forward, you maximize profits to the best of your ability for your company with out breaking any legal laws, or breaking any customs of business.
In the case of Ford motor company, I believe that they had the best intentions of maximizing profit with their emissions defeat device. It allowed them to have a real competitive edge over the years and made their super-duty trucks a much more desirable truck to consumers.  But in the end they may end up finding tat the emission defeat devices do the opposite of maximizing profits. According to the managing partner in the firm involved in the suit, “the lawsuit is seeking up to $4.2 billion, for damages affecting more than 500,000 vehicles (Car and Driver).” Which is nothing if you look at the repercussions felt by Volkswagen in an identical lawsuit from 2014.  Volkswagen ended up having to pay out of pocket a total of $15 billion, including up to $10 billion for buybacks or modifications plus nearly $4.7 billion for environmental mitigation and zero-emission research and development. Also, in a poll of Volkswagen owners, 21 percent say that they will not buy another Volkswagen (US News).   Ford could have some serious financial setbacks coming their way once more people find out about this emissions defeat device. Also the loss of customer loyalty could be a huge impact to Ford especially with their upcoming release of a F-150 with a 3.0L diesel. This latest news of emissions cheating could have a serious impact on the excitement of this new truck. (Gilboy). These are all future possible effects that would not prove to be maximizing profits, but there are already current effects of this scandal. Their stock priced have already been majorly impacted just days after this scandal hit the news, as you can see from the picture. 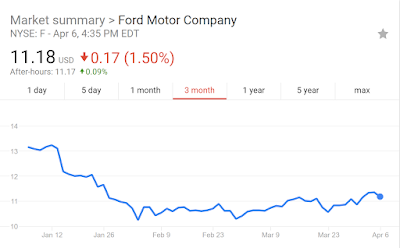 According to Friedman, Ford did not follow an individualist stand because they did not stay within the law. They knowingly installed an illegal device into their trucks so that they could cheat their way around the emissions tests. They claimed to have the, “cleanest power ever” with their diesel trucks. But in reality they knew that they were emitting well over the legal limit of NOx. Ford diesel trucks go for almost $8,500 more than their gasoline counterparts, this could very well be because of the risk they knew they were taking by installing these devices. Ford violated 58 laws including state consumer, false advertising laws, deceptive trade, federal collusion laws, and Racketeer Influenced and Corrupt Organizations act, otherwise known as RICO (NGT News) (Mehrotra). One of the firms part of the lawsuit is Hagen’s Berman Sobol Shapiro LLP, which is the same firm that filed against Volkswagen during their emissions scandal in 2014.

Kantianism:
Kantianism is the ethical theory that focuses on the treatment of other human beings. It is focused around the formula of humanity which states, “act in such a way that you treat humanity, whether in your own person or in the person of another, always at the same time as an end and never simply as a means.” This explains that you should not treat people as a “means”, or as a way of getting profit. But to hold your value and your profit in those you do business with. You must treat all the people you do business with as a rational agent. You must provide them with all the correct info they need so that they can make a rational, informed decision on their own. Kant explains that you should conduct your business in a way that everything you do, is done simply because it is the right thing to do, out of your own goodwill.
Ford, in no way, did they follow a kantianistic business approach. The entire design, advertising, and plain motive behind their super-duty trucks was based around the fact they knew that they would be able to get away with using this emissions cheating device. Their motivation was deceitful from the beginning. They lied and tricked customers, the certified EPA emissions testers, and really the entire population. By using this device they intentionally pumped way more NOx into the air than any one thought, our environment and the people in our environment were being hurt and no one knew it except for Ford. They falsely advertised their truck saying it was the cleanest diesel on the market, they did not provide the consumers with all of the facts about the trucks. They provided the customer with enough “facts” so that they would think what Ford wanted them to think. This would not be considered doing the right thing or following moral law. So, not only did they deceit people from the beginning, but when they were finally caught in January they denied all charges and acted like they never did anything at all. The right thing would have been to come clean, but instead they are going to continue to deny all the charges until concrete evidence is found that they cannot deny. 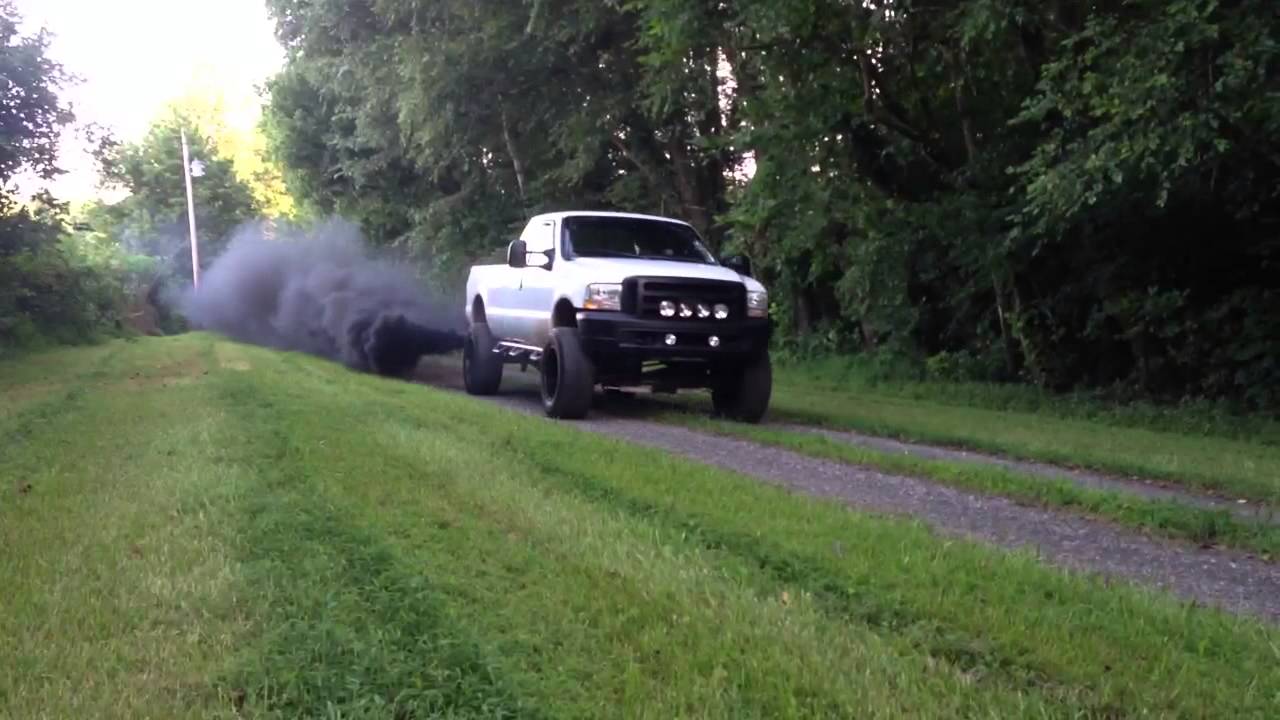 Utilitarianism:
Utilitarianism is the belief that in any business action, its main goal should be happiness for all parties involved. No matter what that happiness is, weather it is for maximum profit, maximum success in the business, or even maximum satisfaction from society. A Utilitarianist would argue that 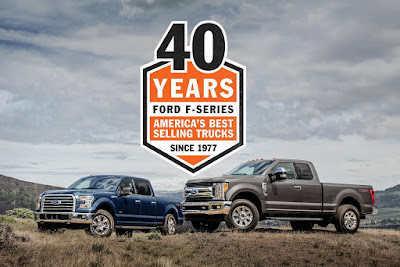 Ford was ethically unjustified in their business doings. This is because not everyone was happy in the end. Ford them selves will not be happy after they have to pay out over $5 billion at least if they lose the case. All of their stock holders are already upset because of the drop in the stock prices after the scandal hit the news. But most importantly, the customers will be the ones who are most upset. Ford claims that they have been the number one selling American based truck company for the past 40 years. This means that they have a large following of very loyal customers. These loyal customers are now going to find out that they have been lied to by their number one truck brand. That the truck they drive every day, may have just been one of the trucks with the emissions cheating device. These will certainly no longer be happy customers.

Virtue Theory:
Virtue theory actually states that within your business practices you should always incorporate 4 different virtues. The first being courage; the ability to take risks and willingness to stand up for the right thing. This does not include the courage to break the law, like in the case of Ford motor company. If Ford was to be courageous they should have not installed the devices in the first place and be the best they could be without cheating. When they got caught in the beginning of January, the courageous thing to do would have been to own up for what they did and accept the punishment as it may have come. The second virtue is honesty; honesty in agreements, hiring, and treatment of employers, customers and other companies.  Ford certainly was not honest in the making of their power-stroke diesel trucks. They knowingly installed a emissions cheating device so that the truck was able to cheat its way past emissions tests so that they could achieve max horsepower and torque. They were not honest with the customers buying the truck, and they put the employees of Ford in a position where they had to be dishonest. The third virtue is Temperance; which explains reasonable desires and expectations, moderation. One way to interpret temperance is self-restraint. This seems to be something that Ford certainly does not have. They couldn’t stand maybe not being the best truck on the market, so they felt that they had to cheat their way to be more competitive. They could not restrain themselves from having to be the best. The fourth and final virtue that’s incorporated in the virtue theory is fairness; this is simply putting in hard work, producing quality products, and having fair practices. Ford was not fair in their practices. It is not a fair thing to lie to the customers who are buying your trucks. It is not fair to the world to think that you are above emission standards. It is not fair to cheat the system to get what you want. According to virtue theory, Ford seems to be unethical in all four fields of the theory.