Case Description
In April of 2018 T-Mobile (the nation’s third largest mobile telecommunications company) announced its planes to merge with Sprint (the fourth largest mobile telecommunications company) to create one large company under the T-Mobile name. The deal would cost around $26.5 billion and would result in T-Mobile owning 19.9% of the industry with over 100 million users. T-Mobile is claiming that if the merger does go through then they will have more resources to create the nation’s first 5G network. 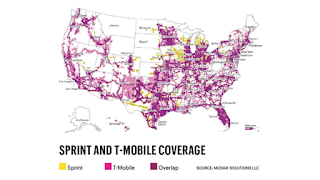 On December of the same year officials at the United States National Security office approved of the deal. With the deals promise of a 5G network which is, “…Crucial for the country’s economic and national security.” (New York Times). The FCC, which is in charge of the oversight and execution of the Anti-trust laws still needs to conduct a full investigation on the deal. In attempts to appease to the FCC T-Mobile is claiming that the deal will help them better challenge its larger competitors as well as combat increasing cable Internet prices. This is not the first time the company has attempted to merge with Sprint, back in 2014 the deal was rejected by the FCC due to the lack of consumer choices and the fear of increasing prices as well as job loss within the two companies. In 2018 T-Mobile is hoping that with the change in the political administration the FCC’s decision my change.
On the 8th of March T-Mobile released a filing stating how they plan to give in home WIFI to many rural and lower income homes. Which has caused a pause in the FCC’s investigation. As of late March 2019, the review is still ongoing and no decision has been released by the FCC.
Stakeholders of this case include the employees and customers of both T-Mobile and Sprint. However, some of the other people affected include other large mobile carriers in the United States (Verizon and AT&T) and their users as well as cable Internet providers. A case that seems as centralized like this merger proves that depending on the outcome could have either a negative or positive impact on the population as a whole.

Individualism
Individualism states that the main goal for all businesses should be to maximize profit and share-holder wealth by any means necessary as long as it is compliant with the law. In this case one needs to ask two questions: would merging T-Mobile and Sprint maximize profit and is the merger legal. The merger is projected to not only save Sprint, but also give T-Mobile more resources to compete with the other firms in the industry. The legality factor of the deal is what the FCC is reviewing. They are seeing if deal will lead to increase in prices and if will lead to a significant loss in competitiveness and also if it abridges the laws set by the Antitrust acts. However, since T-Mobile has followed all of the proper legal steps under individualism this case as ethical. 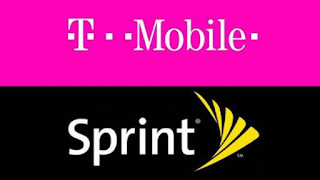 Popularized by John Stuart Mills utilitarianism bases ethicality on weather actions lead to the maximization of happiness in all living beings capable in feeling emotions. The proper way one uses the utilitarian perspective to analyze a case is to first list all of the stake holders. Since the deal is in the process of being granted or denied by the United States Government the merger could conclude in one of two ways. If T-Mobile is granted the ability to merge with Sprint and follow through with their promises of: not raising price, not firing many employees, and providing a 5G network. If T-Mobile does follow the promises, they set then the deal will most certainly benefit both the users of T-Mobile and Sprint because they get to keep their lower prices and also have access to a better wireless 5G network. The Employees benefit because the companies are exposed to more profits meaning a possible increase in wages or benefits. The general American population that uses mobile carriers will also benefit due to the new option of a 5G network at a relatively low price. The only groups whose happiness would not be maximized is the cable Internet providers due to the potential loss of customers. However, when looking at the population of the United States as a whole, happiness is maximized for the majority of people. If the deal does get the okay from the FCC and T-Mobile does not follow through with their promises, then the deal would be seen as unethical under the eyes of a utilitarian. This is due to the fact that now less people would benefit from the deal and overall happiness would not be maximized.

Kantianism
Emanuel Kant is the creator of kantianism which is an ethical theory that relies on the formula of humanity (treat people as ends and not mere means) to justify ethicality. Under kantianism T-Mobile would be seen as acting unethically. This is due to the fact that T-Mobile most likely does not care about the betterment and well being of its customers. The merger is just a way that the company can eliminate competition and increase profits, which under the formula of humanity is using people as mere means rather than an end. kantianism also uses the topic of goodwill in judging decisions as ethical or not. As stated, before T-Mobile has no intention in merging with Sprint on the bases of the action being, “right because it is right.” (Salazar). The motivation of the deal was to profit; this is another reason why under kantianism the merger would be seen as being unethical.

Virtue Theory
Virtue Theory judges a cases ethicality based on the four virtues: courage, honesty, temperance, and justice/fairness. When applying these four virtues to the T-Mobile Sprint case one can find to see if the action is in fact ethical. The virtue of courage does not apply to this case very much. The fact that T-Mobile did not act courageously is not a good or bad thing and one cannot use it against the company when analyzing this case. The second virtue is honesty, in this case T-Mobile has been honest about the whole deal. The company went to the government and followed all of the correct processes as well as being fairly transparent and open about the deal to the public. Temperance or self-control is the next virtue this is another trait that does not apply for this case due to the fact that the company has been trying to get this merger for a few years and they have to wait for the FCC’s investigation before the deal goes through. The final virtue is justice. As stated before, T-Mobile has followed all of the correct processes when a large company merger like this one is involved. Therefore, under virtue theory T-Mobile has acted ethically because they were honest about the deal as well comply with the justice virtue and the other two virtues did not apply to this case.

Justified Ethics Evaluation
According to all of the ethical theories the T-Mobile Sprint merger is seen as ethical by most of them. The ethicality of the case is ultimately dependent on how the company acts after the deal is passed. If T-Mobile continues without raising prices and keeping many of the jobs then they will be acting ethically. If they do not follow these guidelines then not only will they have lied to the general public, but they will also have acted incredibly unethically. As far as the mere suggestion of the merger and process the company has taken to get the deal passed they have acted responsibly. 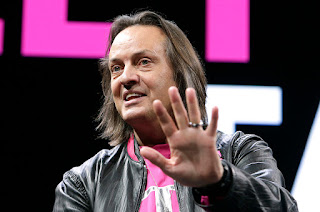 The main problem facing T-Mobile at the moment in regard to the merger with Sprint has to be the investigation being conducted by the FCC. The last time T-Mobile tried to merge with Sprint they were denied due to the decrease in competition among mobile carriers. This was feared to lead to an increase in prices and offer less options for consumers as well as the potential of significant job loss. T-Mobile’s main goal should be to convince the FCC that the deal will not lead to an increase in prices and job loss. The company can achieve this goal by doing a few different things. First to address the problem of job loss they can release a plan for what they are planning on doing in terms of store and office redistribution this could prove to the government that the deal will not have a significant increase in job loss. The next step is to prove that T-Mobile will not increase its prices once the deal is completed. They have tried doing this already by promising not to increase prices for the first few years after the deal has been passed, but this has caused some more issues because the release of this statement has led for the public to believe that prices will eventually be increased. An alternative plan that they can do is have deals where customers of Sprint can keep their own plan or upgrade to a better plan for a reduced cost. Alongside this the company could also offer deals for people who are willing to switch to the new T-Mobile where they have access to the larger carrier at the same low price that everyone is used to.

Posted by Bryan Ferreira at 4:59 PM