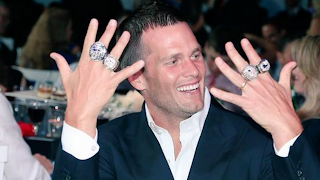 Over the past handful of years, almost every player disciplinary action handed down by the NFL’s commissioner’s office has been widely scrutinized under the global media telescope for their unethical behavior and decision-making. None however were more prevalent then the deflate-gate fiasco.What started out as pure speculation of ball deflation/tampering during the AFC Championship game in 2015, took a turn for the worst after repeated non-factual leaks came down the league office pipeline. Not only was Tom Brady suspended for four games, but the Patriots organization was fined one million dollars and stripped of both a first and fourth round pick. No matter if you believe the balls were deflated or not, almost everyone agrees that the punishment handed down by the league was both way over the top and unjustifiable. Over the next two years, Tom Brady and his team of attorneys had no choice but to fight this case all the way through to prove his innocence to both the league and the rest of the country watching at home. After initially winning the first case in court, Tom's suspension was vacated and everyone though deflate-gate was over but that simply wasn't the case. Behind the scenes, the NFL had been working the appeal process, which come the following March over-ruled the original decision by Judge Berman and re-instated Brady's punishment. At this point, Tom Brady was down to two options; to serve the four game suspension and stop being a distraction to the rest of his team and organization, or he could try and have the case heard by the supreme court. Even though to this day Tom Brady still claims full innocence and no wrongdoing, he chose to end his fight here after a long two years of drawn out court cases and settlement discussions. To this day, the general publics opinion on this fiasco is split, those who believe he is innocent, and those who believe he cheated. But regardless of what side you are on, it is clear to see that the league crossed the line when it came to every step of the deflate-gate case, from extremely over the top punishments, to public reporting and falsified information. 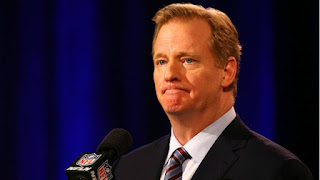 A stakeholder is anyone that has an interest or concern in something, typically a business.The stakeholders in this case are anyone who follows the NFL or even just casual fans of the sport of football. The negative smear campaign that the league put its best player and team through negatively effected viewership and court of public opinion on the league as a hold.The major stakeholders in this case are the owners of the 32 teams across the league. Since they are the ones who the commissioner works for, it is them who are the most directly affected by his decision-making and rule enforcement. As a whole viewership was down up to 10 percent on a weekly basis last season which could directly relate to this controversy and is effecting the owners pockets. Other major stakeholders in this case are Tom Brady and everyone in the Patriots coaching staff and front office. Not only were there names dragged through the mud, but the false reporting and out lash by the media painted a persona that everyone who works for or plays for the Patriots is a cheater.
Individualism
Friedman’s individualism states; “the only goal of a business is to profit, so the only obligation that the business person has is to maximize profit for the owner or the stakeholders.” Friedman essentially states that the only goal of a business is to make profit and that they should do whatever it takes, within the constraints of the law, to do so. In the case of the NFL, they are not following individualism when weighting there actions during deflate-gate. As I stated in the controversy section, ratings and viewership were down across the board league wide during the 2016 season. Not only that, but by fining the Patriots a million dollars for a simple equipment violation, which is only subject to a twenty-five thousand dollar maximum penalty, they were taking away profit from one of its main stakeholders, Patriots president, Robert Kraft. Commissioner Roger Goodell was simply acting in defense of "the integrity of the game" rather than maximizing profits. Which is the center piece of Friedman's individualism.
Utilitarianism
According to The Case Manual by Heather Salazar, Utilitarianism states that the best action is the one that maximizes utility. The primary value of utilitarianism is the happiness of all conscious beings. Utilitarianism pushes a business to make the most amount of people happy as it can. Utilitarian’s are concerned about the long-term costs and benefits of actions. They do this by determining the overall happiness of all the stakeholders involved. The primary goal should be to maximize everyones happiness. As far as the ethics of this case go, the NFL has not chosen to maximize the happiness of the stakeholders. Not only were most of the major stakeholders/owners not happy with the results and lengthiness of the case, but the general public could not have been more displeased with the way things played out. By choosing to suspend the best player in league history for four games, they essentially altered the quality of there product for four games. This did not sit well with stakeholders/patriots season ticket holders who lost value on there product due to the unwarranted suspension. A utilitarian would rule that the decisions made by the league were unethical because they did not maximize the profit for most if not all fans league wide.
Kantianism
According to The Case Manual by Heather Salazar, Kantianism is where rational beings have dignity and should be respected. The primary values of Kantianism are: rational decision-making, autonomy of individuals, and honesty and freedom. Happiness or pleasure are the only things of intrinsic value. When using a kantian ethical approach, the NFL is ethical in some ways and not in others. For example, when it comes to Tom Brady, at no point did they treat him with dignity and respect. From the first day of the controversy, he was railroaded and labeled as a cheater and fraud. With man false reports coming out within 48 hours of the story breaking, it is hard to say the NFL used rational decision-making/honesty. However, if they did honestly believe that Tom was guilty, then it makes sense as to why they went after him so hard. 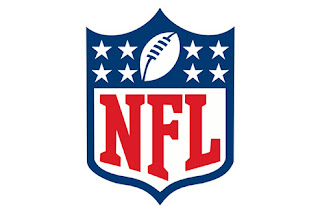 Virtue Theory
The last theory left to analyze on this case is virtue theory. Virtue theory looks into many different characteristics to see if an individual is being the best person they can be in life. The four main characteristics of virtue theory are courage, honesty, temperance, and justice. As for the NFL, almost all of these characteristics were exposed throughout the case. As for justice, not only was the investigation non-independent but the penalty was completely determined by the commissioner regardless of the rules and regulations guidelines. Honesty went completely out the window in this case. Just two days after the deflate-gate fiasco began, a report leaked from the league that 11 of 12 of the patriots balls were deflated in the championship game when in fact only two of the balls tested were actually under regulation. Still to this day the league has never acknowledged the false accuracy of this report. One characteristic they do however have is courage. After losing the first case in court, the league stayed hungry and had the courage to appeal to the next level of court and were able to get the ruling they wanted. Once you analyze every angle it is safe to say the league did not act in an ethical manor as it relates to the virtue theory.
References
Smith, Mike. "Deflategate: A Look at Goodell’s Reasoning." Sports Ethics. N.p., 21 Nov. 2015. Web. 31 Jan. 2017.
Pohle, Allison. "At ‘Deflategate’ Class, Scientists Let the Air out of the NFL." Boston.com. The Boston Globe, 06 Nov. 2015. Web. 31 Jan. 2017.
Jenkins, Sally. "Tom Brady's Lawyers Missed the Point: His Innocence." The Washington Post. WP Company, n.d. Web. 31 Jan. 2017.
Pierce, Charles P. "Can the NFL Escape the Depths of Its Own Corruption?" SI. Sports Illustrated, 31 May 2016. Web. 31 Jan. 2017.
Schaefer, Lorene. "Rookie Mistake: NFL Ignored Conflict of Interest in Deflategate." Rookie Mistake: NFL Ignored Conflict of Interest in Deflategate. LexisNexis, 09 Sept. 2015. Web. 31 Jan. 2017.
Salazar, Heather. The Business Ethics Case Manual: The Authoritative Step-by-Step Guide to Understanding and Improving the Ethics of Any Business. Print.