Throughout 2012-2015 Zenefits was a company that jumped from under 20 employees to around 500 employees, and having the company evaluated around $4.5 billion (O'Brien, 2016). From the outside, this company was one of the fastest growing companies in the Silicon Valley, however this was a company that was quickly self- destructing. For an employee to be able to sell insurance they have to go through a 52-hour course, but CEO Parker Conrad saw this as a waste of time and money. So Conrad created a “Google Chrome browser extension” which made it seem as if his employees were working on this course, when in reality they were not. About 83% of all Zenefits sales were recorded to be illegal, resulting in a $20,000 fine per violation, which led to millions of dollars in fines (Suddath & Newcomer, 2016). Conrad had a difficult time with keeping his social life and work life separate. Every time a team would close a huge account Conrad and the Vice President Sam Blond, would pour shots for the whole staff to take part in. Due to the high success rate from the company these large accounts would be closed frequently, which resulted into full parties during and after work hours. A memo was sent out to all employees stating, “Cigarettes, plastic cups filled with beer, and several used condoms were found in the stairwell… Do not use the stairwells to smoke, drink, eat, or have sex" (Hackett, 2016).
Stakeholders
Stakeholders in this case are anyone who is involved with Zenefits, meaning all of the employees who are employed by Zenefits. Also all of the insurance companies that have involvement with purchasing Zenefits product, which includes employees who work for those insurance companies because their policy was chosen through using Zenefits technology. 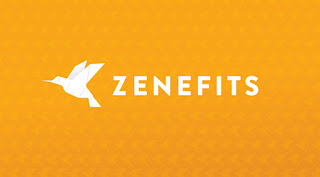 Individualism
Individualism entails maximizing the profits for stockholders, while staying within the boundaries of the law, according to Friedman. Zenefits was unethical in two different areas. One, smoking cigarettes inside a building is illegal under California State law, however it is not illegal to consume alcohol during work hours with your bosses approval, unless after you continue to complete work for clients. Two, committing insurance fraud by having unlicensed employees sell insurance policies is illegal and Zenefits was fined more than $7 million by the State of California (Bort, 2016a). This ordeal also lost the stockholders trust due to the company incurring large fines and sanctions. The idea that Zenefits brought to the insurance world was groundbreaking, so for them to grow again as a company, all they need to do is keep their personal life and social life separate. While also obtaining their insurance license so that they can legally sell their product to other companies.
Utilitarianism
Utilitarianism is defined as creating maximum happiness for stakeholders, while staying within the law. From the outside, before the whole scandal came to the public knowledge, the company was creating almost maximum happiness for its stakeholders by increasing investors wealth and putting a new innovative product that creates life easier for future consumers. However, since the scandal came out, it decreased happiness to all stakeholders because the company lost a lot of money by acting outside the constraints of the law, and acting unethically. Also a large amount of their stakeholders lost trust in the company after hearing about what was happening inside the workplace (Bort, 2016b). In the long run to increase maximum stakeholder happiness, the company needs to show the public that they have stopped their unethical behaviors and create some sort of charity to give a part of their profits to.
Kantianism
Kantianism has four main parts that all focus on rationality and Good Will. These four main parts consist of acting rational, allowing others to make rational decisions, to respect others and their values, and lastly seek to be motivated by Good Will. During the growth of Zenefits it is clear that they did not act rationally because acting rationally means to do the right thing no matter what event occurs, and both insurance fraud and having parties where alcohol and sex occur during work hours is not the ethical and rational thing to take part in. The formula of humanity states that you should treat each person as an individual, and not as a means to get ahead. Not having your employees take a licensing test because you believe acting under the law is wasting money for your company to profit on is not ethical under the formula of humanity.

Virtue Theory
Virtue theory is categorized into four main virtues of a character, which consist of courage, honesty, self-control, and fairness, and these characteristics depend on the things functions and its circumstances. Zenefits is a company that is supposed to benefit society in a positive way by trying to make life easier for certain people and companies. However, the way that they acted is inconsistent with each of these characteristics. Lying and being fraudulent of a system in dishonest, unfair, lacks self control, and is the opposite of courage. Other companies have to go through all the mandatory steps to a law abiding company in society, so why should Zenefits act any different? For Zenefits to acquire courage, they have to be honest in stating that the decisions that they made were unethical and immoral. For them to have self- control it means that they have to stay within the boundaries of the law in all aspects of the company, even if it means for them not to get ahead. By doing this it creates a fair playing field for all companies because they all went through the right steps to try and succeed as a business.
Justified Ethics Evaluation
Immediately once I started analyzing this case it was easy to say how unethical Zenefits behavior was. The CEO Parker Conrad knowingly created a web browser that made it seem like his employees were taking part in the course to receive their license to sell insurance, when realistically they were already selling insurance. A company that routinely would stop work to get drunk and party is not a company that I would feel confident with them holding my money. They acted irresponsible and un-professional and ultimately unethical.

Hackett, Robert. "Zenefits Had to Ban Sex at the Office." Fortune.