JP Morgan Owned Shipping Vessel Seized with $1.3b in Cocaine (2019) 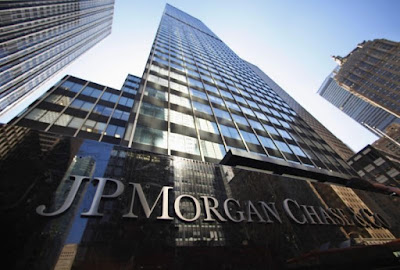 Ethics Case Controversy
On June 17, 2019, the United States Customs and Border Protection seized 20 tons of cocaine which were enclosed within the shipping containers aboard the MSC Gayane in Philadelphia, OA as it travelled from Chile to Europe. This makes it one of the largest seizures of cocaine in the history of the United States. The Gayane is a shipping vessel that is owned by JP Morgan and leased out to the Mediterranean Shipping Company. The 20 tons of cocaine were hidden inside of shipping containers whose seals were taken off and replaced with near identical ones.
The situation and JP Morgan's subsequent silence on the incident has brought up questions on whether the organization was involved with any of the drug trafficking. Because JP Morgan is just the owner, we might want to look at whether the Mediterranean Shipping Company could be at fault here. The case is currently being investigated by the United States Government.

Stakeholders
The stakeholders in this case would be: JP Morgan, the Mediterranean Shipping Company, drug dealers, and cocaine users. Since the Gayane is a vessel owned by JP Morgan, any wrong doings will be connected back to them. JP Morgan needs to make sure it has control over the types of operations occurring on board to prevent scandals that can cost a fortune.

Individualism
An Individualist would view JP Morgan's conduct as ethical as the organization was not knowingly engaging in drug trafficking. Individualism is the idea that businesses should be focused on making as much profit but doing so legally (Salazar 17). Because JP Morgan is leasing the vessel to another organization, they are receiving payments for principal plus interest. They aren't receiving money from the transportation of drugs. According to a July 2019 Wall Street Journal article, the people profiting from this were the ones getting cocaine on board (Paris). 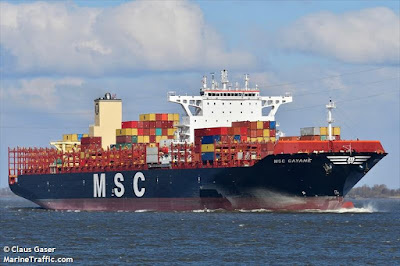 Utilitarianism
A Utilitarian could view this as unethical when taking the lack of reaction by JP Morgan into account. Utilitarianism is the theory that a business decision should be made to make sure the happiness of everyone affected is maximized (Salazar 19). Because JP Morgan only owns the ship, they are not the ones responsible for loading cargo and transporting it. When a situation like a giant drug bust occurs and your name is attached to the scandal, you would want to respond and clear your name. However, JP Morgan hasn't done so. This can lead to the general public or shareholders to be disgruntled because they want to know what the company has to say about it.

Kantianism
A Kantian would view JP Morgan as ethical in this situation. In Kantianism, a decision is made rationally and with respect for everyone involved (Salazar 20). JP Morgan made a decision to go with one of the top shipping companies in the world because the chances they would allow something like this to occur is very slim. Even though drug trafficking through shipping vessels is on the rise, it would be unreasonable to call out an organization for using a ship. Within Kantianism is the formula of humanity. It states that it is "wrong to use people as mere means to get what you want" (Salazar 22). JP Morgan does not violate the formula of humanity in this case as they were just conducting a normal business deal, not trying to pull a fast one on the shipping company. Also included in Kantianism is the motivation of an organization. The motivation of JP Morgan would be neutral as they were thinking that their ship was being used for normal business use. 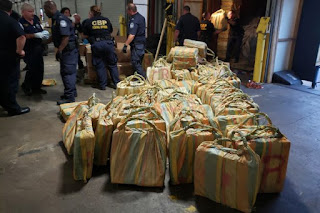 Virtue Theory
Virtue Theorists would likely not view this as ethical mainly because of the reaction by JP Morgan. Virtue Theory is an ethical theory based on someone's character. The four main virtues are: courage, honesty, temperance, and justice. Being courageous means that you can stand up for what is right. In this case, JP Morgan failed to showcase this by not taking action after the incident. They have stayed silent on the issue, where they very well could have sent out a press release or talk to the shipping company about a possible solution. JP Morgan has not talked about this situation which puts them in an unfavorable position in the honest category. Once again, had they released a statement saying they're looking in to the situation, they would have shown honesty. JP Morgan has shown the characteristic of temperance, which is to have realistic expectations. When JP Morgan leased out their vessel, their expectations were to receive payments.. Thats all they wanted from the deal; they had no idea that the transportation of drugs was occurring. JP Morgan has overall been just in their intentions with the vessel, just not on providing updates about the situation.

Justified Ethics Evaluation
I do not think JP Morgan has committed any wrong doing during this incident. They are just the owners of the ship and decided to lease it out for a shipping company to use. JP Morgan did not hire the crew that brought the cocaine aboard. I think that JP Morgan could have talked about it a little bit to show they aren't just ignoring it. JP Morgan could also talk to the shipping company about possible changes to how they handle the ship. The company acted ethically throughout the entire incident.