In 2015, Microsoft released its newest operating system, Windows 10. Among the many changes that were made to the product included several changes to Microsoft’s security policy that made many users upset. In the security policy for Windows 10, Microsoft stated that the company would “access, disclose and preserve personal data… when we have a good faith belief that doing so is necessary.” This statement from Microsoft’s end-user license agreement suggests that the company can collect and disperse users’ data at will. Additionally, it was also discovered that Cortana, Microsoft’s voice-activated personal assistant can track a user’s location, as well as other information. A large concern among users is their information will be freely available to both advertisers and hackers.

STAKEHOLDERS
Microsoft products account for over 60% of all desktop computers, as well as a large share of portable computers and other computing devices. This creates billions of potential stakeholders, all of which may be unknowingly sharing their information with Microsoft. Microsoft itself is a stakeholder, as it may face potential backlash from upset customers or businesses. Additionally, any company that Microsoft gives customers’ information to can also be considered a stakeholder in this case. 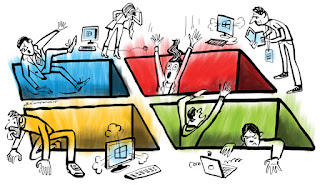 Individualism states that the only obligation that a business has is to maximize profits for the owner or the stockholders of the company. From an individualist standpoint, there is nothing morally wrong with the way that Microsoft has set up its security policies. By keeping millions of users’ data stored, Microsoft may be able to sell that data to advertisers that would be interested on many peoples’ habits. There are most likely companies who would be willing to give Microsoft lots of money for access to that data. An individualist would say that if Microsoft could make a profit from collecting and selling users’ information, then they should.

UTILITARIANISM
The key belief of utilitarianism is that a business should focus on doing the greatest amount of good for the greatest number of people. From a utilitarian standpoint, Microsoft has been deceptive to its millions of customers. By hiding a clause in its end-user license agreement that allows the company to store and distribute information about its users without them knowing, Microsoft has created a breach of trust that those customers would have had in the company. Selling its users’ information would be unethical through a utilitarian view, and the best way to resolve the issue would be to remove that part from the license agreement, and cease collecting information from users unless they consent to it.

KANTIANISM
A Kantian standpoint is that a company should do whatever they can to make a profit, so long as they are doing so fairly and legally. As far as Microsoft’s case goes, a Kantian would have no problem with the fact that Microsoft is collecting its users’ data, as there is nothing legally or morally wrong in doing so. However, an issue would be had with the way that Microsoft is doing the collecting. The fact that the company was collecting its customers’ data was kept secret, and would not have been discovered unless someone had carefully read the entirety of the end-user license agreement. Microsoft had not told their customers that they would be collecting the data, so viewing from a Kantian lens, it would be unfair to collect and distribute their clients’ information without their knowledge and consent.

VIRTUE THEORY
Virtue theory focuses on the person or company’s moral character. The main question that virtue theory asks is “what is the right thing to do in this situation?” (Powerpoint 5, Salazar). While developing Windows 10, it is likely that there was discussion among the company regarding whether or not they should collect users’ data and information. Microsoft chose to be deceptive and collect and store their users’ data without the users’ knowledge. Similar to a Kantian viewpoint, a more virtuous solution would have been to seek out users’ consent before collecting their information.

JUSTIFICATED ETHICS EVALUATION
Microsoft’s actions can likely be justified, but they are far from ethical. Collecting users’ information from computers or cell phones such as location, search results, or websites viewed is essentially spying. The vast majority of personal computer users would be unwilling to have this information kept by Microsoft and potentially distributed to outside sources. Especially considering that Microsoft, or the users, have no control what happens to that information when it is out of Microsoft’s hands.


ACTION PLAN
In order to get back into the good graces of its customers, Microsoft needs to repair its image, and express its commitment to its clients’ privacy. First and foremost, Microsoft should cease all current activities related to data collection of its customers. In addition, the company should make public comments about the data collection, and share information with its customers about what was done with the data that was collected. The company should revisit its end-user license agreement, and discuss the benefits and downsides of continuing the data collection. Once a decision is made, the customers should be notified, and given an updated version of Microsoft’s privacy policy. By following these steps, Microsoft would appear to be more transparent, and open to protecting its customers’ information and privacy.