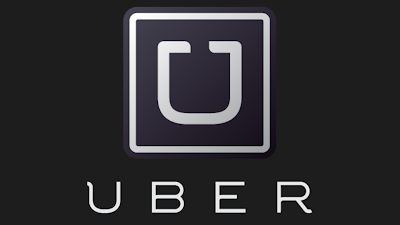 Controversy
The ethical controversy at hand is that Uber was being sued for numerous allegations for misdeeds including misrepresenting the quality of background checks it conducts on its drivers and illegally servicing airports, according to L.A. district attorney Jackie Lacey. George Gascón, the district attorney of San Francisco, and Jackie Lacey, his counterpart in the case, allege, amongst other issues that Uber mislead customers into believing they screen out drivers who have ever committed criminal offenses. However Uber and other companies say they perform regular background checks, but by law are not able to exclude them from being a driver if their felony was committed more than seven years ago. Technically these ex-criminals are allowed to be drivers but it is not ethically right to present to your customers that your company does not hire drivers who have not committed a crime when in actuality they do. Amongst other allegations, the district attorneys also accused Uber of being out of compliance with the inspection of taxi meters. Drivers were found using the app to calculate fares based on time and distance without obtaining approval of the technology from a California agency that can do so. Also, Uber drivers were unlawfully conducting commercial operations at California airports without obtaining authorizations from them, and fraudulently charging a $4.00 “Airport Fee Toll” to customers even when drivers weren’t paying the airport. The district attorneys also opposed Uber's claim for $1.00 "safe rides fee" and found this misleading to customers. Uber responded tot he lawsuit by claiming that the company is an "integral, safe, and established part of the transportation ecosystem"in California and will continue to hold discussions with the attorneys. According to uberlawsuit.com, the court declined a proposed settlement with Uber under which it would pay up to $100 million and make some significant changes in its policies. The court's main concern was largely with the settlements reduction in the massive potential penalties that could be recovered under the private Attorney General Act.

Individualism
Friedman's individualism, which is defined as "the only goal of business is to profit, so the only obligation that the business person has is to maximize profit for the owner or the stockholders"(Powerpoint Lecture, Slide 2). According to this idea, Uber is not ethically wrong for hiring criminals after their 7 year period is up. They are doing what is best for profits by hiring more drivers, thus expanding their workforce generating more revenue for the company. Also, by charging a $4.00 “Airport Fee Toll” to customers even when drivers weren’t paying the airport would not be ethically wrong in the eyes of an Individualistic person because they are maximizing profits for the company, which is the overall goal of company.

Utilitarianism
Utilitarianism is based off the idea that businesses should act in ways to maximize happiness in themselves and others.If a Utilitarian were to analyze the issue with Uber then they would not agree with the actions of the company. The actions of the company did not make everyone who was involved happy. The customers were told that the company did not hire criminals, however by law , Uber is able to hire drivers if their felony was committed more than 7 years ago. A utilitarian would also not agree with the unauthorized fees that Uber drivers have been charging customers.The main issue that a utilitarian would have with the company is that it is not maximizing the happiness in others. They are only looking out for themselves by not being honest with customers and charging them unjust fees.

Kantianism
Kantianism is the belief that one must make decisions based off what the honest and moral decision is in that case. A Kantian would not agree with Uber's actions to claim that they do not hire criminals. They should not tell their customers that they are screening out criminals because by law they can not screen out criminals that have committed a felony over 7 years ago. The right action, in this case, is to inform the public of this and not give false claims to the customer. Also, a Kantian would not agree with charging a $4.00 “Airport Fee Toll” to customers even when drivers weren’t paying the airport. This is not the moral thing to do. Furthermore, the use of the app to calculate fares based on time and distance without obtaining approval of the technology from a California agency that can do so is not the moral decision. The driver is only doing this for their benefit and knows that their action is not the honest one in this case.

Virtue Theory
Virtue theory is "an approach to ethics that emphasizes an individual's character as the key element of ethical thinking, rather than rules about the acts themselves or their consequences"(Mastin). The four virtues in the business world are courage, honesty, temperance, and justice. Uber did not stand for the right actions and ideas in this case. They were also not completely honest with their customers. It is difficult to judge Uber's expectations in this case as they were not clear. Uber's justice is questioned in this case because they did not display fair practices and their good ideas were used not to benefit the customer but for the employers' benefit.

Justificated Ethics Evaluation
Uber's action in this case was far from justified. They misinformed their customers by saying that they do not hire criminals when in fact they do. It is not ethically right to tell your customers that you screen for criminals but you still hire them if their felony was committed more than 7 years ago. The company's actions that involved unauthorized fees are also not ethically justified. They should not have been receiving the fees from customers because they were not approved. It is ethically wrong to take money from customers that was not approved.

Action Plan
Uber must own up to their deception and properly inform the customers that they can in fact hire criminals if their felony was committed over 7 years ago. They should not make the claim that they screen them out of being a driver for the company. The company should get rid of this claim and be completely honest with their customers about what type of drivers they are hiring.
As for the unauthorized commercial operations at California airports, the company should immediately seek authorization or discontinue their services at the airports. The company needs to hold a public apology for operating without authorization from the airports and also charging customers unauthorized fees.
Uber claims to be integral, safe, and an established part of the transportation ecosystem in California. In order to maintain this claim they must reassure their customers that they will be honest with them about their screening process for drivers and also not charge them for unnecessary fees.