Controversy
The London Inter-bank Offered Rates, or Libor is the average interest rates at which banks can borrow from each other. These numbers are gathered by the Thomson Reuters data Collection service from some of the top banks in the world. The numbers reported by the chosen banks are then used as benchmarks for Libor rates. These rates are responsible for how much interest is charged on mortgages, credit cards, student loans, and currency exchange. One major bank who's numbers are usually used as Libor benchmark is Citigroup. Around from 2005 to about 2008 several activities involving Libor brought upon suspicious that the rates were being manipulated. Upon further investigation and with the help of a whitsleblower form an unmentioned bank, it was found that JP Morgan Bank, Citigroup, Deutsche Bank, HSBC, and the Royal Bank of Scotland where manipulating Libor rates to seem more credit worthy, to charge more interest rates, and to maximize their profits. The Thomson Reuters data Collection service, government regulators, corporations, other banks, local business, individual clients, and all those who depend on Libor to financially function were deceived, and lost money as a result.

The main stakeholder in this scandal include the Market, Individual Clients, The company, Families of clients, Families of employees, Cartel, Regulator. Citigroup falsified Libor numbers in order to make more money, and as a result of this the market was functioning under false information and are therefore blindly overpaying for financial products and wasting money. Competitors receive less business because they don't seem as credit worthy as Citigroup. The company is heavily fined, and has to pay a portion of the $2.7 billion charged to the banks found guilty of foul play. The scandal in the U.S sector cost U.S user up to $6 billion dollars. The company took no steps to putting an end to the scandal and therefor several people got heavily involved and wear punish with up to 14 years in jail. The families of these employees suffer because they lose a loved one or a friend to prison. The company is once again stamped with an unethical brand. This investigation went from about the early 2000s to 2013. The regulators and law makers are affected because of the countless hours and money spent investigating the case.

Individualism
The individualism theory says that a business’s main goal is to maximize profits for its owner and stockholders (Salazar, Chp2 ppt.). Citigroup members of the traders’ cartel met up, to manipulate Libor in order to make more money for the company and more money for themselves. According to both Milton Friedman and Tibor Machan's theory of individualism is okay because the goal was met, they maximized their profit. On the other hand, their actions also cost the company a lot of money. So it’s not fully deemed unethical or ethical.

Utilitarianism
The theory of Utilitarianism revolves around maximizing happiness in you and in others. According to John Stuart Mill, “Happiness or pleasure are the only things that are of intrinsic value and therefore should be spread to all those who are capable of feeling it” (Salazar, Chp3 ppt.) Citigroup took partook in illegal activities in order to maximize their profits, and the level of risk they took showed that they were desperately trying to acquire something that they want, something that makes them happy, money. While maximizing their happiness, they were simultaneously decreasing the happiness in their clients, the government, and the general public by stealing money, and are therefore deemed unethical.

Kantianism
Kant ethics deals with the idea that an action or decision is deemed ethical if its principles are driven by the good will. In addition to that, an ethical behavior, action, or decision is one that is rational, allows people to make rational decision, and respects all individuals (Salazar, Chp4 ppt.). Kantiansim deems Citigroup unethical because they were not operating behind any kind of good will. In addition to that, they manipulate their clients in order to maximize their profits. Their clients made business decisions without knowing essential information. They weren't put in a position where they'd be able to make a rational decision. The actions of Citibank simply shows no respect to those who they deceived. 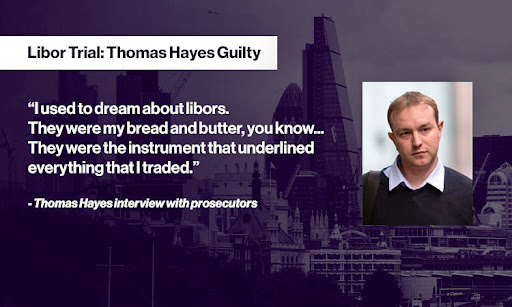 Virtue Theory
The virtue Theory dwells on the “characteristics that allow things to function properly”. These characteristics are known as virtues, and these virtues are Courage, Honesty, Temperance, and Justice. Courage is described as “risk taking and willingness to take a stand for the right ideas and actions”. Although Citigroup took risks, the idea and their actions are not only wrong but are also flat out illegal, and therefore they do not have this virtue. The next virtue is honesty, another thing that Citigroup did not display at all. They lied to and deceived all those dependent on Libor, and as a result of their actions they lack the honesty virtue. The Temperance virtue is described as a “reasonable expectations and desires”, and Citigroup certainly lacked this virtue because they were trying to feed their desire to unethically maximize their profit and force clients to make clients pay fraudulent interest rates to them, instead of fulfilling their duties as honest traders. The last virtue justice entails hard work, quality, products, good ideas, and fair practices, all characteristics Citigroup lacks. They cut corners by manipulating the rate. They cheated the system in order to make more money. The lack of Justice officially deems Citigroup unethical under the guidelines of the Virtue theory.

Justified Ethics Opinion
Citigroup is flat out unethical simply because their actions were known throughout the company and not once did anyone see it fit to report it and put a stop to it. They obviously knew what they were doing, but didn't care it was ethical or not. They overlooked the fact that people who depend on Libor will be negatively affected. Their actions were a as a result of selfishness and laziness. There are white collar crimes that have been a result of misunderstanding or mistakes, but this was set up for one reason and one reason only, to profit. According to the LA times, a trader convicted of the same crime was quoted saying “if you ain’t cheating, you ain’t trying” (Starkman & Puzzanghera, 2015). This just goes to show that being unethical is not only part of these company’s culture, it is an industry wide practice.