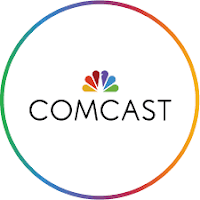 In February of 2014, Comcast cable company announced that they would be attempting to obtain Time Warner cable company through a deal that would give Comcast 100% ownership of time warner. The idea of the merger on the surface may seem like a good idea to some, but the underlying methods of the way they went about attempting to push the deal through and the consequences that could come from this merger going through are significant enough to possibly affect the entire world.
Comcast is one of the largest cable providers in the world as well as one of the largest broadband providers before the addition of Time Warner, if Time Warner was to become under the control of Comcast, then Comcast then instantly becomes one of the biggest companies in the world period, and a company that provides one of the most widely used products and services in the modern world, cable and internet.
In the months following Comcast's announcement of buying Time Warner, they hired 7 new lobbying firms which were an attempt to push the merger through all the sides of congress or parties that could potentially slow the process down or even stop it from going through (Comcast's). The hiring of these lobbyists to push this through shows that Comcast is undoubtedly aware of the implications to the customers being anything but positive but this is a way for them to make money so they clearly do not care.
Comcast's attempted merger would have combined the nations number 1 and 2 cable and broadband service providers, creating a massive gap in the next companies on the list. Although not technically a monopoly, this still would have basically created a company that can control the market through their shear size and the necessity that there product had in the world. All in all, Comcast was unethical in 2 different aspects; the hiring of the lobbyists to push this through and the intentions to create basically a monopoly on the industry that they are in.


Stakeholders
It is clear that the decision makers in this case were the higher ups of Comcast. They are the only ones that did not feel a merger between these two companies would have resulted in decreased competition within the industry and they it would benefit everyone (Forbes). The stakeholders of this situation were the people that subscribe to both Comcast and Time Warner Cable. The people that subscribe to these cable companies would then be all brought under one roof and possibly be forced to pay more than they should be with little other option if they want to keep their cable and internet services.

Individualism
According to Friedman’s idea of business ethics, known as individualism, “the only goal of business is to profit, so the only obligation that the business person has is to maximize the profit for the owner or the stockholders” (Salazar PPT). Basically, individualism is the theory that the only obligation of a business it to make as much money as possible without breaking the law.
When examining this situation of Comcast through Friedman’s beliefs, they did absolutely nothing wrong with the way that they handled this situation. In going through with this merger, it was not illegal for Comcast to hire lobbyists to help push through the deal that would lead to these two companies coming together. Quite the contrary actually; this theory would state that Comcast was doing the right thing by hiring these lobbyists because it would lead to the expansion of the company and would add thousands of more customers to their service list. In doing this, Comcast would have exponentially increased their profits.

Utilitarianism
Utilitarianism is a form of ethics that promotes the greater good more than anything else. This theory implies that “happiness and pleasure are the only things of intrinsic value” (Salazar PPT). Simply put, those that believe in utilitarian ethics believe that profit is not the main goal, but providing a good service and creating happiness for the consumer is the main goal.
When analyzing the Comcast situation as a utilitarian would, it can be said that they handled the case terribly and the merger should never have been a thought to the company. By using the lobbyists to push this merger through, Comcast was essentially bribing their way through the process without care for what the end result would mean for the customers of both them and Time Warner, even though it would lead to greater profits for Comcast. Had the merger gone through, Comcast would have been in nearly complete control of all cable and broadband in the entire United States, this means that they could have basically charged whatever they want for their services and controlled the way people have to go about some things. This in no way promotes the utilitarian idea of “happiness and pleasure are the only things of intrinsic value”. This actually does just the opposite and only promotes anger and basically taking away a person’s freedom of choice.

Kantianism
The basic principles of Kantianism are to (1) act rationally - don’t act inconsistently in your own actions or consider yourself exempt from rules, (2) allow and help people to make rational decisions, (3) respect people, their autonomy, and individual needs and differences, and (4) be motivated by Good Will, seeking to do what is right because it is right (Salazar PPT). This theory of business ethics was developed by Immanuel Kant and is basically aimed at keeping the customer happy and remaining selfless.
In an analysis of this case through Kantian methods, Comcast also falls well short of expectations. In the companies use of lobbyists to push this merger forward, they are promoting the idea that they will be basically the only cable and broadband provider even though the general public thought that it was a bad idea because they knew it would lead to Comcast having too much power. Morally this deal is just wrong because it would force people to pay whatever Comcast wanted in order to have their cable and internet services kept.

Virtue Theory
Virtue theory is an approach to ethics that has more emphasis on a person’s character rather than rules about the acts themselves or their consequences (Virtue). Basically, virtue theory is applied when the decision maker assesses a situation based on their internal values and motives rather than carrying about what others think or the possible consequences. When applied to the Comcast case, virtue theory was not at all implemented.
Virtues are something that give off good motivation and make someone a better person. The fault of this case cannot be placed on one specific individual, therefore the entire company can be to blame for this case of the use of lobbyists to push the merger through. There use again shows that Comcast is only in the business to maximize their own profit and not for the improvement of the experience their customers have. Although they were operating with the law, the idea of doing this is morally wrong and therefore goes against virtue theory to the dot. The consequences that could have happened to the customers were not considered when pushing this merger through and nobody cared about how it would affect them in the long run.

Justified Ethics Evaluation
In my opinion, in spite of the previous ethical theories, Comcast was in the wrong about trying to merge with Time Warner and the fact that were attempting to get it through the government with the use of lobbyists is simply wrong on many different levels. The convergence of these two companies would have made Comcast the single largest cable provider in the United States and would have given them almost no competition in the business. We have a system of checks and balances in the United States that is designed to not allow this to happen. We need Competition in order to allow for people to have some option and to not get ripped off by a company that has all of the power.
In Comcast’s use of lobbyists to push this through, they have blatant disregard for this fact and they intentionally ignore it to make this push through Congress, the FCC and the Judicial system. The lobbyists were brought in solely to make this go through all these plants and attempt to sway the members of these branches in order to push this merger through. In the end, this merger would have only yielded to problems across the board. People that had subscriptions to either cable company would be in outrage over the mere possibility of increased rates that would certainly come as part of this merger.
Comcast’s questionable tactics used in an attempt to push this merger is a clear violation of not only most of the business ethics theories, but also by simple moral standards and the urge to provide the best service possible. Being a customer of Comcast I was very disappointed in hearing this news and am disappointed as customer that Comcast would try such things in order to maximize their own profit.