Controversy
The controversy of this case comes from the basics of ethics. the employee used individualism over all other ethics. Medtronic employees used their power and money to influence doctors and edits to falsify documentation and article about Infuse. Medtronic over a fifteen year spam (1997-2012) paid for false documentation. It was known by many what side effects were with Infuse and the known risk of it. Like when Rick Trehame of Medtronic emailed Steve Glassman to change writing from "the high complication rate is alarming and warrants intense scrutiny" to "that the occurrence adverse events in these patients was higher than expected and warrants further investigation." There was then an email from Doctor Martin Yahiro when he devised a plan to make sure that people could not provide information that Infused was the cause and it was the cervical surgery at fault. There was no shortage of stories like these 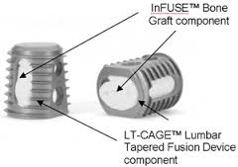 In 2011 The Committee on Finance United States Senate released an investigation into the off label use of Medtronic’s Infuse. This included findings that Medtronic’s paid doctors to falsify articles published in medical journals. This incorporated drafting, editing, and shaping articles. Medtronic’s employees were accused of leaving out adverse effects of Infuse in a 2005 “Journal of Bone and Joint Surgery” article. Dr. Hal Mathew’s and other doctors remarks were prepared by Medtronics and submitted to the FDA. Medtronic’s reportedly paid out $210 million dollars from 1996-2010 to this work. 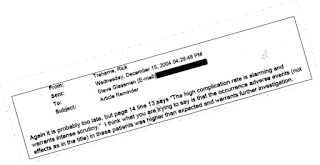 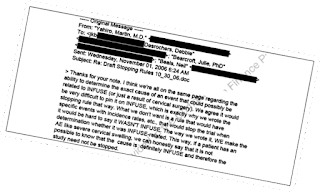 Stakeholders
Medtronic’s employees that where involved with editing and doctoring documentations for such articles and submittals were mainly the Marketing Team. This Marketing Team consisted of highly educated employees with advanced degrees. Their primary job was to anticipate the market demands for this product. Negative press out there about this product would drive demand down. Also involved was Dr. Julie Bearcroft, Director of Technology Management in Medtronic’s Biologics Marketing Department. Also reported of the $900 million dollars in sales, 85% of it came from “off label use”. There were also thirteen doctors and authors that were paid by Medtronic to edit and withhold findings. All thirteen of these doctors and authors received royalties as well as kick backs. They had a vested interest in the success of this product.

Individualism
There are a couple of different philosophers on Individualism but the main premise is profit for the stakeholders comes first. Medtronic’s employees have an obligation to Medtronic by marketing and providing customers and doctors literature about their product in order to increase sales and profitability. They could have done this by taking out ads, getting medical endorsements, or by publishing articles. They do not have the right to hurt or miss lead people for their own gains. They miss lead the public by editing articles from doctors that people thought they could trust. Medtronics also miss lead the public by removing data that showed this device was not safe. They increased their profits by promoting off label uses of the device. Off label uses are not the official use of a product. Medtronic’s employee completely omitted any ethical responsibilities they had to their customers. Remember where it looking like Medtronic is the only stakeholder here, the consumer is also a stakeholder. They purchase these devices. A quote from Professor Edward Freeman said “stakeholders are anyone affected by the decisions of the business and they are important because they affected. We need to consider our obligations to those who are affected by our business decisions”. This was clearly not thought through at Medtronics. It was very obvious that the employees were only thinking about Medtronic and the company’s success. 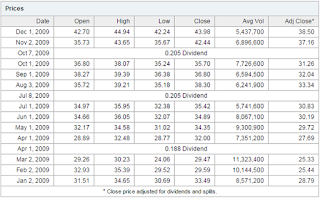 Utilitarianism
If the objective of determining if something is good or bad is determined by measure whether it does more good than bad, then Medtronic practice of promoting their Infuse for off label use is bad. In 2009 there was 21,240 hospital stays due to the spinal fusion using the labeled use of Infuse compared to the 119,227 hospital stays due to the off label use of Infuse. Based off of these findings it suggests that the off label use of Infuse was unsafe. More good than bad, it seems like a very simple concept, right? Not really, Medtronic at that point just released more and more articles about the safety of Infuse and this only drove up sales. In 2011 Medtronic reported Infuse accounted for $900 million dollars that year. Remember Medtronic paid doctors and editors $210 million dollar from 1997-2010. There was a lot of money to be made and with Medtronic only having 44 percent of the market share there was more to be made. The Marketing team at Medtronic was not thinking about the majority of people, they were thinking about the bottom line, their shareholders.

Kantianism
Trying to think about this in a rational way is not hard at first, then you see how deep people became involved in all the cover ups and how they had to continue to save themselves. It all started with the approval of the device and drug in 2002. Which from 2002-2008 there was only 290 complaints according to the FDA but there were over 100,000 hospital stays from the off label use. After the FDA released a public heath alert about Infuse and the concern about the off label use of the device and drug. This is when the complaint started to arise. In 2009 there were 239, then in 2010 there were 340 and 2011 there were 1,905. At that same time Medtronic really started working with doctors to promote the off label use of Infuse. As the article came out, the more it was used and the more the complaints arose. Remember in 2011 Medtronic did $900 million in sales. This was a big thing, a big money maker. The higher ups at Medtronic were only looking at the dollar sign and all the potential that Infuse had, not the safety of the people. If they would have just did their homework and looked for a steady incline of business this may have had a lot of good uses, but Medtronic is a publicly traded company with a board of directors and shareholders to keep happy. 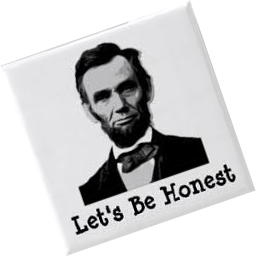 Not one person that was involved with Infuse was honest with the company, to the patients, or to themselves. No one at Medtronic, not one doctor, nor did any of the publishers have the courage to stand up for what is right. People were getting sick, suffering, and ever losing their lives. Is money more important than a life? They had a good product when used the right way. They just saw the all the potential of Infuse and just pushed their product to anyone, completely overlooking the safety and the moral obligation they had to their shareholders and only focused on the stockholders. When Medtronic made the decision to withhold, and falsify documents to promote the Infuse was wrong at so main levels. Even after there was warning about Infuse, they paid Yale to do an “independent” study that showed it was safe. After all the complaints like infection, bone and nerve injury, sterility, urinary problems and possibly even an increased cancer risk they still did this. They put themselves above all others for their success and financial gains.

Conclusion
The company I oversee today makes medical device. We have one device that does have it FDA approval. I completely understand how easy it would be to falsify documents, and miss lead people on your product, but what I do not understand is how you ethically can do this. This whole thing could have been avoided by just posting the side effects of Infuse. Ethically what went wrong was greed. They see the money and the potential that Infuse had to make even more money. The bone grafting market is 1.9 billion dollar industry were Medtronic ours 44 percent of. There is also a competing device made by Stryker Biotech that received its FDA approval in 2001. With Stryker making it to the market first maybe Medtronic thought they needed to do something to capture the market share? You know in the medical device or any field sometimes it is not how good your product is but when you make it to the market. This would have put a lot of press on Medtronic to try and capture their market share. What went wrong was Medtronic panicked. The tried everything and anything they could do to capture the market share and promote their product.