AADHAAR: An Invasion of Privacy
Case
Aadhaar is the world’s largest biometric system in the world, with over 1.71 billion users. The idea was created in 2009, and the first cards were distributed in September of 2010. The system is located in India and has given identity to a large mass of Indian’s who lacked any legal documents before. It is a system that uses finger prints, retina scans, demographic information, and a unique 12 digit number to identify Indian citizens. World Bank Chief Paul Romer described Aadhaar as, “the most sophisticated ID programmed in [the] world””(Pavithraa). 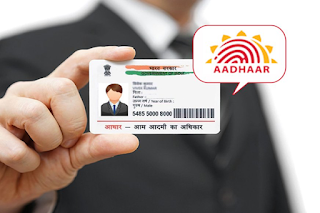 The issue at hand when it comes to Aadhaar is that the citizens of India believe it is a blatant invasion of privacy. Individuals are being forced to use their use their numbers for almost every aspect of everyday life. The numbers are used for health records, education, and even cellphones. Their information is not in a system that is not the most secure, and they feel unsafe, and scared about it. “Data mining businesses use this information and send targeted advertising (Khera).
There are numerous examples of fraud and identity theft which makes these individuals, who are forced to use their unique numbers, believe they have no privacy. There have been many attempts to increase security or just hold Aadhaar accountable for their invasion to privacy. Unfortunately, the biggest and most solid argument that Aadhaar has is that there is no constitutional right to privacy in India. ‘Over the past year or so, at least 15 deaths were reported after people were denied basic resources when their identities could not be verified due to Aadhaar system errors. Seven occurred because people were denied subsidized grain on account of Aadhaar related glitches” (Khera).
Stakeholders

The stakeholders in this situation are the individuals who obtain these cards and are forced to use their numbers for so much of their life, they begin to feel threatened because they have lost all right to privacy. They enter these numbers in to these systems, and in the back of their heads they know that their information is not safe or secure.

Individualism
An individualist wouldn’t view this case as unethical. The idea of individualism is to maximize profits as long as it stays within the law.  Aadhaar hasn’t actually broken any laws since the right to privacy isn’t a constitutional right. They proceed their actions, and their business without losing any profits, and without being on the wrong side of the law. That way it doesn’t act unethically under Individualism.

Utilitarianism
Viewing this case from a utilitarian standpoint, this case would be highly unethical. Utilitarianism is typically identified with the policy of “maximizing the overall good” or, in a slightly different version, of producing, “the greatest good for the greatest number” (DeJardins 29). With that being said, Aadhaar never produced the greatest good for the greatest number since their system was weak and easily compromised. The stakeholders never felt happy, and never felt safe due to this system, which makes what Aadhaar was doing unethical.

A Kantian theorist would view this situation as unethical. In Kantianism, their needs to be mutual respect between everyone, and respect for everyone to make their own decisions. In this case, there was no ability for the individuals to make their own decision as they were practically forced to use their unique numbers for everything. “Always act in ways that respect and honor individuals and their choices. Don’t lie, cheat, manipulate or harm others to get your way” (Salazar 20). Aadhaar did not respect their stakeholders, and never gave them any say or choice in this case.

Virtue Theory
A virtue theorist would view this case as unethical. “Act so as to embody a variety of virtuous or good character traits and so as to avoid vicious or bad character traits” (Salazar 23). Aadhaar did not act virtuous due to the fact that they never made any attempt to make themselves look better. They turned down and neglected all the problems that were being brought to them. They acted very selfishly in a system that has clear flaws, and refused to fix any problems.

Pavithraa. “Aadhaar Card: An Invasion to Privacy.” Probation: A Study In The Indian Context - Probation of Offenders Act, www.legalserviceindia.com/legal/article-34-aadhaar-card-an-invasion-to-privacy.html.

to Understanding and Improving the Ethics of Any Business. Print.