In 2017 McDonald’s announced that they will add 1000 self-service kiosk each quarter until 2020 to their restaurants in the United States, which means most of the McDonalds in the United States will have self-service kiosks by 2020. This is controversial because it brings the fear of automation, automation is when companies replace their employees with technology like computers. If companies replace their employees with technology, a lot of people will be out of work, which means people will not be able to make money and it will have a negative impact on the economy (Kowitt).Before announcing their p 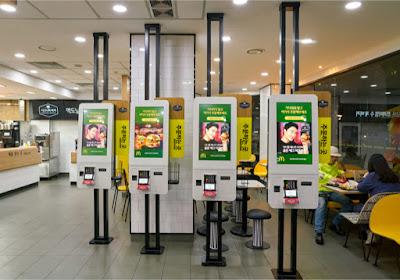 lan to automate their stores at the end of 2016, McDonalds was going through a tough time, they weren’t making as much revenue or sales in the united states as they were before. McDonalds often had long lines especially around lunch time, this would cause chaos in the store which can have a negative effect on the customers’ experiences.  Also, the long lines can discourage potential customers in the store because they don’t want to wait in the long line.  Their plan to make better profit and customer experiences is to modernize their store by kiosks and creating ways for customers to order food through the McDonald’s app. McDonald’s employs 1.9 million people in the world and 375,000 work at the restaurant.

The stakeholders on this case are the cashiers since the kiosk might replace their job, the company, changes can affect the profits of McDonald's so the Investors are involve, if McDonald's decide to automate their store and replace their employees the economy is involve. 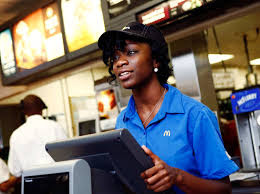 Individualism is a theory, where its main point is a company should be focusing on maximizing as much profit within the law. The interest is of individualism is not finding the best ways to operate through society. The values of Individualism are the business, the profits and the business choices (Salazar). Under Individualism it would ethical for McDonald’s to not only replace their cashier’s but also try to find a way to automate their whole store. Profits will increase over because they would not have to pay as much labor expenses, such labor hours especially since minimum wages is increasing, training and mistakes employees might make. Machine can be more reliable than humans they won’t quit unexpectedly, damage the company name by doing something inappropriate to the food or talking bad about the company on social media., make mistakes, call out sick, nor give rude service to customers. If they automate, they would not have to worry about finding and putting money to ways to attract new employees and to keep old ones. Also, automation is not against the law, so if McDonald’s automate their stores it would be ethical for individualism despite the negative impact it will have on society. 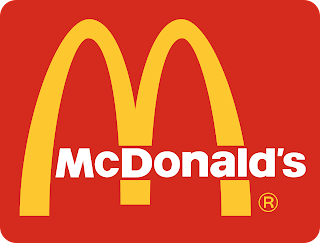 Utilitarianism is about maximizing the overall happiness, to do what is best for everyone’s happiness. A utilitarian makes decisions based on the overall consequences of an action. The reasoning behind utilitarianism is that there is no difference between anyone’s happiness, and that everybody’s happiness holds the same amount of value. Utilitarianism does not just focus on the happiness of human beings, it focusses on the happiness of anything, living which mean it also focus on the happiness of animals and the planet. The theory of utilitarianism explains that it is nearly impossible that an action will bring everyone happiness. For an example an action that cause someone to be happy, can be the same action that caused someone to be sad. Therefore, the decisions that bring the most overall happiness (Salazar). Based on this theory the ethical thing for McDonald’s to do is to apply kiosk fulfill consumers demands, not to replace the employees. If the kiosk replaces employees’ jobs, McDonald’s should make sure cashiers can have a job at another department than the cashier department and make sure everyone hours and job will not be affected negatively because of the department change. This the ethical decision under utilitarianism because there will still be kiosks which means that lines would be faster, and it will modernize McDonald’s fulfilling consumers’ demands. A. The plan that allow employees to keep their job is the ethical plan because the benefits brings happiness to a more amount of people. People will benefit from McDonald’s employing people than having robot because hundreds of thousands of people will not be jobless, families will have money, more money will be spent at different places which will better the economy. 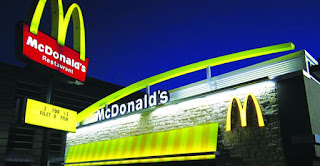 Kantianism is theory created by a philosopher name Immanuel Kant, it emphasizes rationality, focusing on free will allowing for people to make decisions on their own, Kantianism provides information and does not act inconsistently. There main values are respect and truth. It is about treating people as being and not mere means. Which means giving people respect and not seeing them as a profit or a way to accomplish goals by lying and deceiving like manipulating or cheating. In Kantianism it is unethical for someone to benefit by harming others (Salazar). Based on Kantianism it will ok for McDonald’s to have kiosks but not fully automating their store. Even though automating the store is not lying or manipulating people it is harming people since the employees will be out of jobs, they would not have any income, also it will harm the economy. It is unethical under Kantianism because Kantianism does not approve of harming people to be successful. Kantianism is all about good will, having morals when it comes to decision making. Also replacing the employees with robots shows that McDonald’s has no respect for their employees because to replacing and getting rid of them like that shows that McDonald’s does not care about making a decision that will negatively affect their employees, also they would be treating their employees as a mere means and not beings. McDonald’s said that the reasoning for the kiosks is to fulfill consumers’ demand and not to replace their employees, so if they automate their stores further than that mainly to gain profit because they see how the kiosk are doing, it would mean that McDonald’s lie to their employees and customers and Kantianism is about telling the truth. 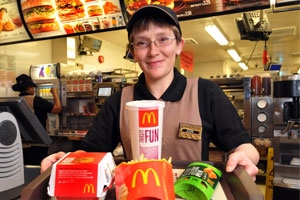 Virtues are characteristics that allow everything to function properly. Virtue theory is a theory that focuses on characteristics that’s allows the wellness of others and the prosperity of others within a society. The four main characteristics of virtue theory are courage, honesty, temperance and justice. Virtue theory avoids any characteristics that leads to bad and viscous behavior (Salazar). Under Virtue theory McDonald’s will be ethical if they let the kiosk and the cashiers coexist together because it allows workers prosper and it focuses on their wellness since they will still have a job. keeping them there is justice because it has a positive affect on society, it will allow the economy to stay the same or maybe increase. If McDonald’s full automate their stores and get rid of their employees, this will ethically wrong under virtue theory because subtracting the amount of jobs and job opportunities that society will have by significant amount is viscous behavior. The characteristics of this behavior are negative, one characteristics is greed because only people who is focus on gaining more money or their accomplishments will make a decision that will benefit them but negatively affect everyone around them.

Baertlein, L (03/1/17) “McDonald's U.S. turnaround shifts to technology, speedier service” from
https://www.reuters.com/article/us-mcdonalds-meeting/mcdonalds-u-s-turnaround-shifts-to-technology-speedier-service-idUSKBN16856Q
Cain, A (Aug. 6, 2018)  “McDonald's drive-thrus are 'not suitable for horses' — and 11 other insider facts about McDonald's that employees know and most customers don't”
https://www.businessinsider.com/mcdonalds-jobs-insider-facts-2018-4

Peterson, H (Aug. 6, 2015) “McDonald's shoots down fears it is planning to replace cashiers with kiosks” from
https://www.businessinsider.com/what-self-serve-kiosks-at-mcdonalds-mean-for-cashiers-2015-8