Brian Wansink has been accused by the university for providing false information regarding his food studies. Brian Wansinks rise to fame came when he began to develop studies that connect people's eating habits with cues from their environment. According to the Washington Post, “For years, Wansink enjoyed a level of prominence that many academics would strive for, his work spawning countless news stories. He published a story showing that people who ate from “bottomless” bowls of soup continue to eat as their bowls are refilled, as a parable about the potential health effects of larger portion size” (Rosenberg & Wong). It has been reported that Brian Wansinks research methods weren’t practical, and didn’t follow the basic rules scientists all over use. When testing a hypothesis, Scientists typically conduct a single hypothesis, gather data, then test the results. In Wansinks case, he was found to be testing the same data numerous times, all while testing different hypothesis. Tim Van Der Zee, a doctoral student in the educational psychology field, tested with a few colleagues the validity of Brian Wansink research papers. According to Brett Dahlberg “The team found 150 problems with the data collection and statistical analysis in the first four of Wansink papers that they scrutinized. The teams findings were validated earlier this month when Cornell reported the conclusions of it’s yearlong internal probe to JAMA, resulting in the journal's retractions of Wansink's work.” (Dahlberg). It is said that Brian Wansink is a P-hacker. According to the article, P-Hacking is when researchers play with data to arrive at results that look like they’re scientifically significant. For instance, they can cherry pick data points, re-analyze the data in multiple ways or stop an experiment early.” 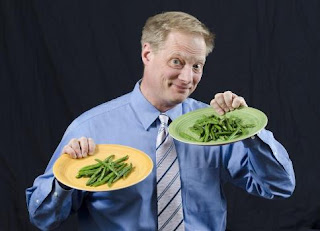 If you look at this case from an individualistic perspective, Brian Wansink succeeded in his work efforts, well, at least until he got caught. His work also wasn’t within the law, he was just cutting corners in order to make a profit.  The purpose of Brian Wansink’s work was to research the way people create food based decisions. His work was partially responsible for the introduction of mini-size packaging, which limits the servings an individual is able to consume in that one sitting. He also won an IG nobel prize for his efforts in his “endless bowl” study. In this study, he found that participants who ate from the “bottomless bowls” consumed more soup than those whose bowls 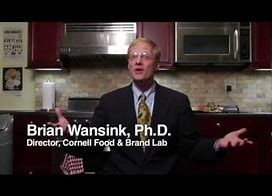 were filled manually. It was found that when we are conscious of how much we are eating, we tend to cut back and not eat as much, but when the amount you’ve consumed is unknown, you’re physically able to stomach more. Brian Wansink’s work falls in line with the beliefs of individualistic leaders, and wouldn’t be found to be ethically wrong. He was trying to better society with his findings, while at the same time, easing the burden on his behalf. 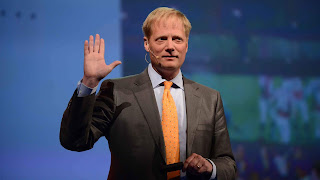 From a Utilitarian perspective, Brian Wansink and the work that he completed at Cornell University wouldn’t be deemed ethical. In order to conduct research, Brian Wansink tested the same hypothesis and data repeatedly, in order to avoid any extra work that may have been needed to complete an accurate study. Utilitarians value maximizing the happiness of others. In order to maximize the happiness of his followers, Brian Wansink could have handled the way he did research differently. For example, instead of testing the same data over and over again, collect some new data and compare the results. Another way that he could’ve went about his research was to ask for help from some colleagues, in order to relieve the burden on his shoulders, and ensure to the people that his work is being completed as accurate as possible, and in the best interest of the stakeholders.
Kantianism
In the intro, It was stated that Kantians believe they have a duty to perform to the customer, and don’t factor in their own personal ambitions. In this case, Brian Wansink disregards his followers, and completes his research in an inefficient manner, which goes against the rules of Kant. If he wanted to follow the rules of Kant, he would have completed work that would have benefited his stakeholders. Some of his stakeholders may have been following his research and have been basing their diet based off of the studies Wansink found. Wansink was found guilty with treating his stakeholders as mere means, rather than as ends.  With all of this incorrect information, Wansink might be at risk of putting these stakeholders in danger, due to an unhealthy diet. Wansink was fulfilling his own personal ambitions, and was completing the work as quickly as possible using incorrect scientific practices.
Virtue Theory
Virtue Theory is when the character of the company or business is tested, and in this case, Brian Wansink’s research would be found to be unethical. A Virtue Theorist would put the best interests of the stakeholders first, and follow some of the same beliefs that Kant does. “Always act in ways that respect and honor individuals and their choices. Don’t lie, cheat, manipulate or harm others to get your way. Rather, use informed and rational consent from all parties” (Salazar ‘17). In this specific case, Brian Wansink was found guilty by researchers who challenged his work, and they exploited all of the impractical methods that were used in order to ease the burden on his behalf.