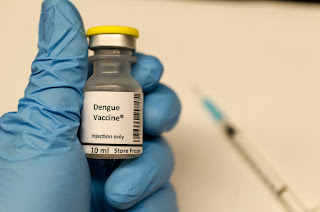 This is because it was the first vaccine approved for use to help cure the infection. If you did not analyze the case any further past that point then someone following Freidman or Machan's individualism would find this case to be ethical because they did what they had to do to maximize profit for the business. Further analysis would show that there was very important information that Sanofi kept from the public. Sanofi hid important information from the public that could have possibly saved many more people from getting sick and saving fourteen young lives. When Sanofi did not release the facts about the use or side effects of the vaccine before distributing, they were maximizing profit without doing it within in the law. They hid important facts such as; you were not supposed to receive the vaccination if you were not infected and that if you did receive the vaccination without having the dengue infection then there was a ten percent chance you could get a much worse strain of the infection. Sanofi Pasteur had multiple chances to release vaccination information to the public before distributing the vaccine. They passed up on all of these opportunities so they could maximize profit for themselves but they did not do it within the law. They did not allow people to make choices for themselves; they made choices for the people, which is against all individualistic views and the equation of individualism. After much analyzation, under Friedman and Machan’s individualism, what Sanofi Pasteur did, is, in fact, UNETHICAL.
The headline of utilitarianism is to maximize happiness in yourself and others. Studies have shown that the reason behind this is, if happiness is valuable, there is no difference morally speaking between my happiness and yours. John Stuart Mill was a very important voice for utilitarianism in the 1800’s and he said, “We ought to bring about happiness and pleasure in all beings capable of feeling it (and do so impartially). Utilitarianism in the dengvaxia controversy can be confusing in a way but overall, it is very easy to evaluate. Starting with how it can be confusing, people could argue that Sanofi Pasteur was giving this vaccine out to maximize their happiness by making money and maximizing happiness in others because it was giving them a cure to an infection that affects 400 million people worldwide. What Sanofi did was not maximizing happiness in others. They were selfish and did not release important vaccination information to the public because it made them millions of dollars and made themselves happy. Clearly, fearing death is not a sign of happiness, it is a fear of possible anger and sadness, which is the complete opposite of what utilitarianism, says. What Sanofi Pasteur did with the dengvaxia vaccination maximized happiness in themselves but not in the Philippine people or anyone else, that was receiving the vaccination. A person who closely follows utilitarianism would easily say that was Sanofi Pasteur did, is, in fact, UNETHICAL.
Virtues are defined as the characteristics that allow things to function properly. Virtues depend on the things functions and the things circumstances. The virtue theory follow guidelines similar to those of Kantianism but in virtue theory, a follower would focus more on the means and less on the ends. A virtue theorist cares about a person’s character and how their actions define them as a person. Sanofi broke many important virtues that can show how strong or poor a business’s character is. To begin, honesty and trustworthiness are two big virtues that Sanofi Pasteur broke. They were not honest in any sense about the harm and risks of being vaccinated with dengvaxia. The Philippine government and citizens are not going to trust the company anymore because they were dishonest about a product that went to the extent of killing fourteen innocent schoolchildren. 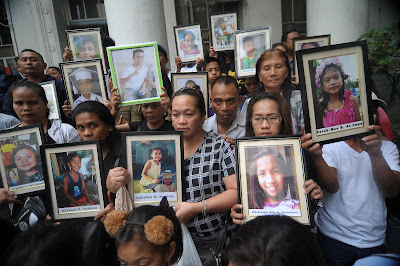 Moderation is another important virtue that Sanofi violated. Sanofi Pasteur clearly lacked moderation because they released dengvaxia before it was fully functional and safe to vaccinate people. They rushed the release of the vaccination because they knew they could make a lot of money on it if people did not know the risks. That is when the vice of selfishness comes into play in this case. Sanofi Pasteur was all about that the money and the release that they would not even set up a fund for the families affected by the vaccination because they wanted to keep all of the money they could. In addition, when the Philippine government asked for a full refund, they refused because they said that they would be admitting defeat on the vaccine that in fact worked for some people. Finally, it was selfish of them to begin to release a vaccine that had side effects that could cause death and they did not even inform anyone about it until people started to get sick form it. From the perspective of a virtue theorist, what Sanofi Pasteur did in the dengvaxia controversy, is, in fact, UNETHICAL.
What Sanofi Pasteur did to the Philippine people was completely disrespectful and inhumane. Under all of our ethical evaluations, there was not on theory that had any evidence or viewpoint to pass the dengvaxia controversy as ethical. Sanofi has their personal reasons to think that what they did was completely fine but they know deep down that they were doing it for the money and not for the fact that it could make millions of people feel better in a country where at one time 90% of the whole country and be infected with dengue at once. Most other business that did a lot of research on this case and knew what Sanofi did, would also say that this case is beyond unethical because of the way Sanofi treated other people and it resulted in the death of fourteen innocent children that could had been easily prevented if Sanofi forgot about the money and acted ethical.
Sanofi Pasteur’s current issue is that they are under fire for hiding certain information from the public about their dengvaxia vaccine and what effect it has on people who receive the vaccination even if they are not infected with dengue. Sanofi’s current mission statement is, “Our Mission. Protecting and improving human heath worldwide us our main mission. We have to service an active role by providing, innovative vaccines for the prevention and treatment of disease and by playing an active role in the immunization community to maximize vaccination.” After the dengvaxia controversy, Sanofi Pasteur should change their mission statement to, “Our Mission. Make all humans knowledgeable of our vaccination information. To be honest about the side effects of our vaccinations, to protect and to improve the health of all humans that depend on us. This mission statement differs from their current mission statement because in this new one, we acknowledge how important the knowledge of our customers are and how we want to be seen as honest while also protecting the health of many just like in the prior statement. Sanofi should also consider smke new core values such as:


The company as a whole, Sanofi Pasteur should hire new executive employees and rethink their marketing department. Hiring new executive employees will allow the company to start fresh with new employees that they can give ethical training to. Rethinking their marketing department means they need to start marketing their new mission statement, core values and new executives instead of their products. This will show the world that they are trying to change and become a improved company ethically.
To this day, the dengvaxia controversy is still going on. Sanofi officials are currently in court and on trial for reckless imprudence resulting in homicide. The action plan will help Sanofi Pasteur get back onto the right track profitably and ethically while the people of the Philippines get justice through the punishment of the old Sanofi Pasteur officials. Many innocent lives were at risk because of Sanofi’s actions and it affected many families for a long time. Using Kantianism, Individualism, Utilitarianism and Virtue Theory, the case is UNETHICAL.