DISCLAIMER: The case discussed in this blog has not received a court ruling; the analysis is based on allegations. Please keep in mind that all parties are innocent until proven guilty in the court of law. 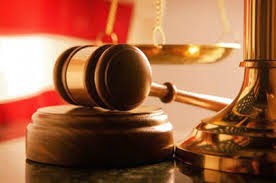 Case Description:
In September of 2014 the class action lawsuit; Jimenez v. Allstate had passed through the Court of Appeals for the Ninth Circuit. This lawsuit represents roughly 800 Allstate Claims Adjusters who have accused their managers of neglecting to report overtime and missed lunch breaks in order to receive a bonus for staying within corporate's annual budget. According to the court's ruling Allstate has allegedly broken four different laws which include California Labor Code Sections 201, 202, and 226. These practices have also violated the California Business and Professions Code 17200. Allstate has not yet made any public statements referring to this case. 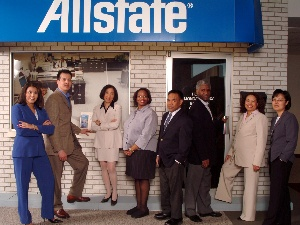 Stakeholders are people who have an interest in a company's actions, typically because it affects them in some way. In this case, stakeholders include all levels of Allstate's employees, stockholders, and consumers. The claims adjusters are directly affected by the managers' actions because they lost pay when overtime was not reported. Other employees within the company are also affected because they may now be more wary about working for a company who have broken these labor laws; they never know if they will be next. Middle management, the ones who allegedly did not report the overtime, are affected because they are now at risk of losing their jobs and will now be known as unethical managers whether or not they stay with Allstate. The executives of Allstate are also considered stakeholders in this case because they have to handle the media, legal fees, and any negative backlash that comes along with this lawsuit. Stockholders now have to be concerned with whether or not this case will tarnish Allstate's reputation and cause the par value of the stocks to decrease. Lastly, the consumers are affected by the managers' decisions not to report ovetime. The ones who had claims adjusters working on their cases in California have to worry whether or not the employees still did their best work even though they were not being compensated properly. Unethical practices like this cause employees' morale to decrease, which can cause employees to decide to not produce their best possible work.

Individualism:
Individualism is the theory with the least ethical constraints that a business has to follow in order to be deemed ethical. The only requirements of a business is to maximize profits, as long as they are not breaking any laws in the process. The managers' actions did not make the company any more profitable than it already was. According to Individualism, the managers are actually stealing from the stockholders by taking bonuses that they did not work for. The actions have also broken four different laws; this situation would not be deemed ethical based on Individualism. In light of the case, Allstate's performance in the stock market during the month when this case was made public knowledge has not changed drastically. Although this could change when the case is actually presented and a verdict has been made. 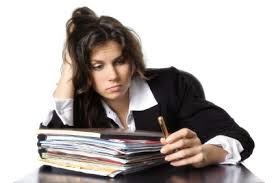 Utilitarianism focuses on the happiness in the long run of all involved in a given situation. The managers received short term pleasure by accepting additional bonuses, but this turns into pain as the claims adjusters have come forward with a class action lawsuit. Now, the managers' jobs are on the line. Even though their names have not been released yet, when they are they may be forever known as the people who harmed their employees. Chances are they will not be able to get another management position within a company unless they receive additional ethical training. Claims adjusters were cheated out of money they worked for, and according to a news article by Globe Newswire requesting overtime to complete tasks were considered a performance issue. This puts the employees under more pressure to get the work done on time, and they even skipped meals in order to do so. This brings employee morale down itself, but not being paid for work that they did only causes pain. On top of it, in order to receive money that Allstate allegedly owes them they have to go through the court system which takes time and is not the most pleasurable process. Employees did not receive short term happiness nor will this situation make them happy in the long term. Based on this analysis, this situation would also be deemed unethical in the Utilitarianism context.

Kantianism:
Within Kantianism there is the Law of Humanity. This law states that in order to be ethical, one must simply treat people as they are, rather than a way to obtain what you desire. Employees were working overtime and skipping meal breaks in order to complete an overwhelming work load. This is common within companies, but when managers would not report overtime that they worked even though that was one of their responsibilities there is a serious problem. By reviewing possible reasoning for the managers to avoid reporting overtime, it is revealed that they would receive bonuses for staying within the budget. This budget did include payroll for employees. Therefore, the sensible motivation behind the managers' motives would be to take advantage of the employees in order for them to reap the benefits. For this reason, the actions would be deemed unethical in the Kantianism context. 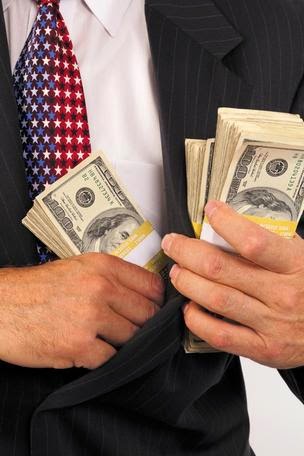 Virtue Theory:
Virtue Theory has four main virtues that are the basis of ethical evaluation. These virtues consist of courage, honesty, self-control, and fairness. It is cowardice to steal from your employees and mistreat them in the way the managers did in this case. Managers were also far from honest, they were lying about the amount of hours their employees were working by not reporting overtime. Self-control was not being practiced by the managers either, they let greed get the best of them and harmed their employees by not having self-control. Finally, there was not one bit of fairness behind the managers' actions. They did not deserve the bonuses because they were not properly reporting overtime. They were also being unfair to employees because the managers were preventing the employees from receiving the compensation they worked for. Since the actions did not comply with any of the four main virtues, this situation would also be deemed unethical based on Virtue Theory.

Conclusion:
Assuming that the allegations made in the case of Jimenez v. Allstate are an accurate account of the managers' actions, all four theories claim that this situation is unethical. Allstate could have prevented this by installing some form of a time clock when the claims adjusters were switched from salary to hourly employees. In order to conform to the theories, Allstate needs to compensate their employees for the wages they have lost based on the managers' decisions.