Utilitarianism
The utilitarian ethical theory is founded on being able to predict the consequences of a given outcome. A utilitarian believes that the decision that will generate the greatest benefit to the largest group of people is the ethically correct decision. Mitsubishi Heavy Industries was able to generate some short-term happiness by producing the wind turbines, this short-term happiness stems from the financial boom that is brought about by consumers purchasing the wind turbines. The ensuing multi-million dollar payment tot General Electric lead to a serious financial loss. This loss in no way generates happiness for the company; it does the exact opposite because the company must then find an alternative way to make up for the unexpected financial losses. A utilitarian would consider Mitsubishi Heavy Industries wind turbine production unethical because of the long-term effects that the 170 million dollar payment creates. 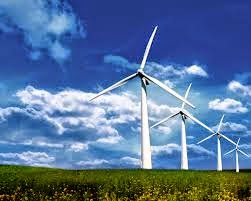 Kantianism
Kantianism is based off of four basic principles: one – act rationally – do not act inconsistently in your own actions or consider yourself exempt from rules, two – allow and help people to make rational decisions, three – respect people, their autonomy, and individual needs and differences, four – be motivated by Good Will, seeking to do what is the right because it is right. Kantianism also makes use of the formula of humanity, which has three key components humanity, end, and means. Because of advancements in technology wind turbines across the board are very similar from company to company, which makes patent infringement easy. A Kantian would agree the Mitsubishi Heavy Industries executives acted irrationally. The means, or the financial gains that would come from the turbine production, interfered with the company’s rationality. Mitsubishi Heavy Industries did not adhere to the patent laws and were not motivated by good will; instead Mitsubishi Heavy Industries was motivated by money. A Kantian would view the turbine production at Mitsubishi Heavy Industries as unethical.