Bud Light: Whatever, USA Not As Whatever As You Think 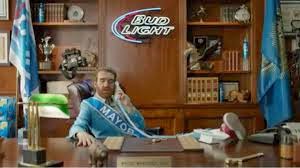 Anheuser-Busch, the world’s largest beer selling company in the world controls a staggering 47.6% of the market share globally. The company started with one small brewery in St. Louis in 1860 and has grown into a fortune 500 company. In an attempt to control more of the market, Anheuser-Busch launched a creative, unheard of marketing campaign dubbed Whatever, USA. The event was advertised starting during the 2013 Super Bowl, and was to be held the weekend of September 1, 2014. However, in the weeks leading up to the event, controversy and criticism hit the company. [1]            Whatever, USA was to be a three-day bash held in a secret location of the United States. The company was to purchase part of a town and decorate it from head to toe in Bud Light colors. 1,000 lucky contestant winners were to be flown to the location for the ridiculous party. Leading up to the event, Anheuser-Busch representatives underwent secret negotiations with town officials in Crested Butte, Colorado. When this information leaked to the towns people the town erupted into an irate protest of the event. The townspeople did not believe their public goods and livelihood should be disrupted and bought out for a three-day alcohol fueled bash. The town entered into an 8-hour debate in the town hall over the event. Anheuser-Busch doubled their offer from $250,000 to a mere $500,000. The event went smoothly, however the aftermath did not. The paint used to transform the town was washed all over town in a storm after the event, damaging over $75,000 worth of personal property. In addition, the overload of people overwhelmed transportation companies, where people were stranded for days due to missed flight and security was lowered to try to speed up travel. In addition, the removal of the paint covered the town in a blue dust causing unseen lung damage and health effects form breathing in the paint chips.[2] 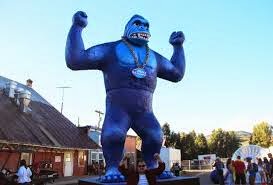 This event did not only affect Anheuser-Busch and the townspeople, but the environment, American people, transportation providers and surrounding communities. TSA agents were told to push the crowd through security in order to speed up the process, threating the American people if anything were to happen. The stripping of the paint sprayed paint chips and fumes into the atmosphere, threatening the health of surrounding communities. As well as the stripping of the paint, the storm days after the event washed paint was spread all over town damaging trees, bushes, and grass.  In order to analyze this case, we must look through the four main ethical theories: Individualism, Utilitarianism, Kantianism and Virtue Theory.


Individualism entails businesses to maximize profits while behaving within the constraints of the law. Milton Friedman first developed the theory and believed that the sole goal of business is to maximize profits and nothing else. However, Machan came around years later and enhanced the theory to state that business should act socially responsible while maximizing profits and acting within the law. Anheuser-Busch did just that, through their marketing campaign, profits were enhanced, and they acted within the boundaries of the law. Utilitarianism deals with the total pleasure of the most beings against the pain experienced by the event.  Developed by Jeremy Bentham, a social activist, he believed that business should act in a way that promotes the most happiness for the most amounts of people. This case provides short-term happiness for 1,000 party 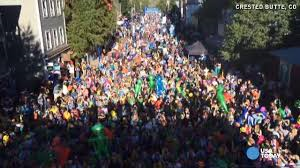 goers, while providing a disruption of peace for an entire town, transportation providers and a threat to the American people. Kantianism, developed by Immanuel Kant, states that one should “Always act in ways that respect and honor individuals and their choices. Don’t lie, cheat, manipulate or harm others to get your way. Rather, use informed and rational consent from all parties.” [3]While looking at the case through this perspective, Anheuser-Busch acted unethically in the respect of being honest, and obtaining consent from all parties. In addition, they manipulated the town by throwing more money at the problem. Virtue theory uses four virtues in order to determine if an action is ethical: Justice, Courage, Temperance and Honesty. In this case, the company showed little courage by throwing money at the problem to get what they want rather than admitting their mistakes and moving forward. Then, continued to show little temperance by expanding their budget and throwing money around just to hold the event. Moreover, they showed little honesty by hiding the event details from the townspeople. Furthermore, they showed no justice or fairness because they provided a threat to the American people, disrupted many peoples peaceful lives, and damaged the environment just to hold a three day alcohol infused bash.