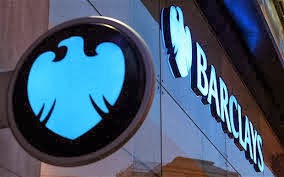 Barclays, a British multinational bank and financial service company located in London founded in 1690 is a universal bank with operations in retail, wholesale and investment banking, as well as wealth management, mortgage lending and credit cards. Though Barclays was found to have cheated the Libor system in 2005 the scandal is still going on today.  The Libor system, standing for London Inter-bank Offered Rate, makes interest rates for individual investors, companies and banks that lend and borrow money. It also defines rates that affect services such as mortgages, credit cards, and student loans.  The Libor system deals with trillions of dollars and with the smallest change of rates or anything in the system things could change drastically. "Barclays Senior Management told staff to lie, saying that they could borrow at lower interest rates than they could, in order to show the bank in a better light than it actually was" trying to make a bigger profit and a better bottom line for the bank(LBC). The three former Barclays employees who are being charged for the manipulation  of the interest rates are Peter Charles Johnson, Jonathan James Mathew and Stylianos Contouglas.  These men are accused of conspiracy and are going to appear in London's Westminster Magistrates' Court with their sentenced still to be determined. Barclays, is trying to settle these allegations by paying the US and UK about £270 million or $450 million.  Along with these three conspirators Barclays' CEO, Robert Diamond, also stepped down because of this scandal.  Also even though this is an overseas bank and interest rate system, some companies here in the U.S. were involved, such as Bank of America, Citibank, and JP Morgan.


Utilitarianism focuses on ones happiness and pleasure and how to maximize them for yourself and others. In Barclays case Peter Johnson and Jonathan Mathew, former rate submitters at Barclays, and Stylianos Contogoulas, a former trader, were trying to make Barclays bank a happier place by taking millions away from the Libor, making the bank's bottom line better. There is nothing wrong  with making your company more profitable, which would most likely lead to a happier bank and happier customers, but changing your rates because you saw a flaw in the system is not the way to go about it.  Especially if you were tricking your customers into thinking they were getting good interest rates on their mortgages and other loans.  How they tricked their customers was by using a banking term called a "hedge," which is telling the customers that rates are going to fall making them choose a higher percentage on the loan. With the unneeded percentage added Barcalys makes a higher profit, feeling happy, and the customers left not feeling happy paying the larger percentage. 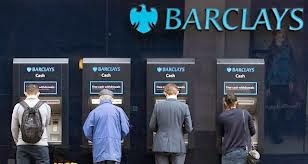 Kantianism states that we are all members of humanity and should already have rational and moral values programmed into ourselves and should follow these values, keeping the Good Will in mind, saying that you should always do what is right. Barclays broke the first basic principle of Kantianism, that you cannot consider yourself exempt from rules.  Though they clearly thought it was a good idea to cheat the Libor system by changing rates and having average bankers pay for more their loans and mortgages just so Barclays, as a bank, could look better.  Also if you look at the Formula of Humanity within Kantianism you must treat yourself and other people as end and never as a means.   Meaning that you may not use other people to get somewhere and leave them with no positive end reward at all, which is also what  Barclays did.  They "bullied, cajoled or suggested their customers into hedging the cost of either their foreign exchange or the cost of their interest rates in borrowing money to do a business transaction" so that Barclays Bank would not collapse and would stay successful (Sky News).


Individualism, according to Freedman, says that their is only one goal of business, to profit, so the only obligation that the business personnel have is to the maximize profit for the owner or the stockholders.  Going by what Freedman is saying about Individualism Barclays was doing everything right. By focusing on their goal of creating bigger profits and trading at an advantage over their competitors Peter Charles Johnson, Jonathan James Mathew and Stylianos Contouglas did this to a tee. By cheating the Libor system it made Barclays and the three conspirators egos higher, which is one of the man parts of Individualism.  For them to be selfish by cheating  the system and there customers is something an Individualist might just be proud of. 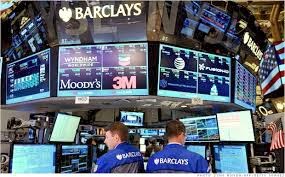 Virtue Theory is based off of four main characteristics courage, honesty, temperance and justice. The first characteristic is courage which means taking risks and the willingness to make a stand for the right actions and ideas. Barclays did have a type of courage, taking the risk of trying to cheat the Libor system that is worth trillions of dollars in loans, mortgages, and student loans.  Although they were not doing this action for the right reason. Honesty is the agreement to be truthful with ones employees, customers and other companies. Barclays was no where close to being honest with its customers, because they lied about the interest rates and their senior management was not honest with their employees because they were told to lie about how the company could better interest rates only to make Barclays as a whole look better. Temperance is the ability to set reasonable expectations and desires. Barclays did not have reasonable expectations because they believed that without cheating the Libor system their company was going to collapse and no longer be a leading competitor as a bank.  Justice includes hard work, good ideas, and fair practices.  Going by this definition Barclays had no justice what so ever, at least not good justice.  They may have worked hard to figure out how to get into the Libor system and change rates around, but so did other banks worldwide and they were not working hard for the right reason.  It was not a good idea because they were obviously going to get caught eventually, and have to pay a huge some of money because they did something unethical.  Lastly Barclays could not have done this in fair practice because they were untruthful to their customers and employees, as well as to all of London.  Therefore, since Barclays did not have any of the four characteristics of  the virtue theory they are seen, due to this scandal, as an unethical company. 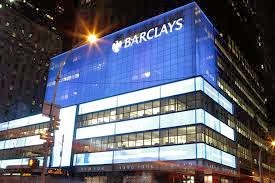 Barclays was deemed unethical on three out of the four ethical theories. The one exemption being Individualism only because they were following the theory of maximizing their profit. The other three theories were not followed because they made the employees and customers unhappy, they were inhuman and did not keep the Good Will in mind, and they did not have the four characteristics of the virtue theory.