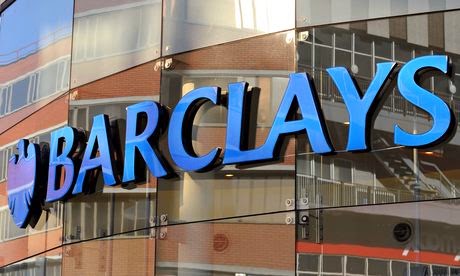 Barclay's most recent scandal was early February of 2014.  The company is under investigation for their customer's data that had been stolen and possibly sold to scammers for their own use.  The Daily Mail first issued the report claiming as many as 27,000 individual records could be at risk.  It was further discovered that 2,000 records were stolen including names, addresses, phone numbers, passport numbers, mortgage information, and savings information.  Many questions arise from information theft cases such as this one.  Customers especially question the protection systems in place and they want to know if police are going to pursue the hacker and hold someone responsible for their actions.  The initial investigation pinpoints the source of the information to be from the bank's financial planning business unit.  This unit closed down in 2011 and the data that was affected was likely to be from 2008 or earlier.  In addition to security, these types of scandals bring up another problem.  "We are learning not to trust our banks and that is a pretty sad thing" (Garside).  This information hacking is happening more and more and it makes the customers hesitant and worried about what will happen to their money and/or their information.  We are growing to be a fearful society.

Individualism is defined as the belief that people must best serve the public by pursuing their own self-interest.  It entitles people to make business decisions that benefit themselves.  Friedman was one of the biggest believer and definder of this concept.  Milton Friedman's view states that the goal of a business is to profit and the only obligation is to "maximize profit for the owner or the stockholders" (Salazar).  This makes sense because the stockholders are the owners of the business.  If there are no stockholders or an owner the business does not really exist.  By maximizing the profit for stockholders, the owners will remain happy, company stock will remain in circulation, and the business would be making a substantial profit.  The business owes it to the stockholders for investing into the company, so it is only right that the stockholders will receive the maximum benefit.
Before this incident, Barclay's is a very successful bank and had a very good reputation with other banks, investors, and customers.  Now their good reputation may be in jeopardy in everyone's eyes.  Now customers and investors are questioning how safe their private information actually is.  This society has become so distrusting of banks, so at the slightest sign of compromised information people go to extremes.  They withdraw all of their money from the bank and move it elsewhere.  For Barclay's to move in the right direction after this scandal, they need to inform and reassure their customers that the data theft is being investigated and remind them of the security procedures that are in place to keep their information safe.  A customer could also be investor in the company, so by informing all parties (i.e. customers, investors, and stockholders) of the situation exactly and the actions being taken to fix it, they can continue to maintain the relationships that have been built with these people.  They would be less likely to move to a different bank or invest somewhere else. 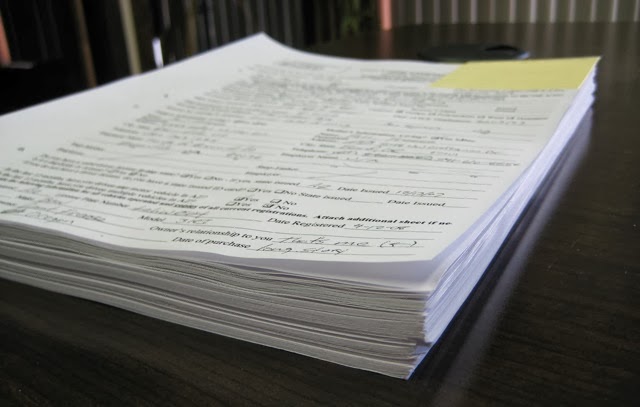 Utilitarianism is defined in the book as "an ethical tradition that directs us to make decisions based on the overall consequences of our acts" (24).  In other words, rather than making decisions that would just benefit ourselves or just benefit everyone else, we try to make decisions that benefit everyone include yourself.  On the flip side, some decisions can have a negative affect and therefore everyone suffers the consequences including you.
In this case, a utilitarian would agree that Barclay's failed to monitor their database of customer information.  They would recommend that Barclay's put a monitoring system in place even if it means spending more funds on protection.  The ending goal would be to save the face of the Barclay's institution therefore benefiting them and their employees and restoring trust in customers and investors.  In addition, if a similar instance were to occur again, the people watching the monitoring software would be able to tell when something is wrong and have those red flags pop up.  If customers and investors lost faith in Barclay's protection system, Barclay's would essentially loose their business.  With no protection or security, everyone looses.  If Barclay's were to fix and address this issue right away, customer's security could be restored and save the hassle of switching banks.  Barclay's would also get to keep their customers and investors keeping the company afloat. 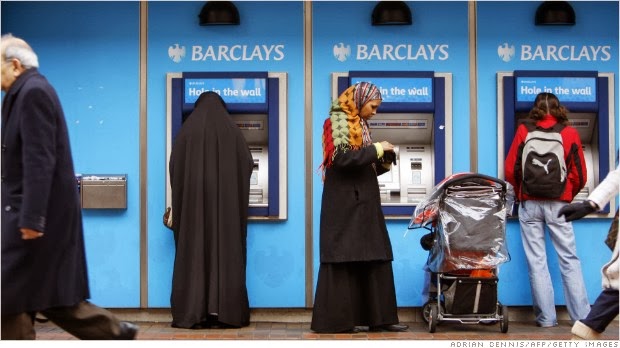 Kantianism came from German philospher Immanual Kant.  Kant explains that your most important duty is to only act in a way that the maxim (the intention behind actions) could be made a universal law.  In other words, people should act in a way that someone could make a proper law out of it and set an appropriate example for others. (DesJardins, 38).  The formula of humanity states that we should act in such a way that one would treat humanity whether it is ourselves personally or through another person.  In other words, our actions should be good and beneficial to all society.  The primary principles of Kant's theory include being honest with customers because it gains their trust and creates repeat business, because they like their customers, and because it is the right thing to do.
I believe that Barclay's did conform to these principles because in a statement the company released, they said "We will take all necessary steps to contact and advise those customers as soon as possible so that they can also ensure the safety of their personal data. This appears to be criminal action and we will cooperate with the authorities on pursuing the perpetrator (Yan)."  Barclay's realizes that informing customers and investors is the right thing to do for themselves and for the people affected.  The company is responsible for the security of their customer's information, but they were not the ones who willingly gave out the information.  Outsiders hacked into the system to take this information to sell it.  I think the the company responded appropriately with informing their customers and authorities to act on and investigate the situation immediately.

Virtue ethics focuses on one's character and the characteristics that allow us to function properly.  The four main virtues of character are courage, honesty, temperance/self-control, and justice/fairness.  I think that Barclay's decision makers have these characteristics because of how they responded to the situation.  They had released a statement (previously quoted) regarding contacting customers and authorities about what had happened and for further investigation.  Even though information security is Barclay's responsibility, it took courage to publicize the scandal because it would hurt their reputation.  In addition, by informing the public and reaching out to their customers and investors personally, they remain being honest and fair to all parties involved.  Self-control doesn't exactly apply in this particular situation necessarily, but Barclay's could improve their security to lessen the chances of this happening again.

Posted by Kaylee Gosselin at 10:21 AM