Fungus Causing Chaos all Over the State of Kentucky

There are over fourteen distilleries in the state of Kentucky alone that have been producing bourbon for centuries. In the surrounding towns of these distilleries, you can find "a sooty-looking, black gunk, that has been there for as long as anyone can remember, creeping on the outside of homes, spreading over porch furniture, and blanketing car roofs" according the the New York Times. This "black gunk" has the scientific name of Baudoinia. The Frankfort KY State Journal states, "this whiskey fungus – known scientifically as Baudoinia Compniacensis — is created by a chemical reaction involving ethanol emissions, which are produced by liquor distillers when ethanol evaporates from the whiskey barrels during the aging process". June 2012, Kentucky home and business owners around Louisville filed a class-action lawsuit again five different distilleries "charging property damage and negligence" (NYT). James Scott, the University of Toronto mycologist, who help identify the name of Baudoinia states in the New York Times, "every distillery that we've tested has had it as far as I know". William McMurry, one of the attorneys working on this case, emphasizes in the Frankfort KY State Journal that "the suit is not an assault on the bourbon industry, but rather a way to help 'exasperated residents' who have no other option" (KYSJ). 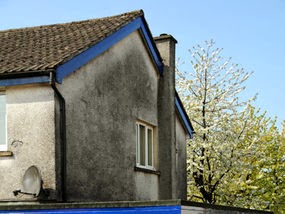 The Distillers beg to differ. The New York Times states that the distilleries say "they are not liable for a natural growth, that not incidentally, has covered their own buildings for centuries. In the state of Kentucky, whiskey is a main economic engine as well as a tourism booster and a way of life" (NYT). Not all surrounding citizens feel the same way about this fungus, some think of it as a way of life. Some people say that the distilleries were here way before the subdivisions and big houses so "what's the big deal"? Another example would be, Kayleigh Count, a health aide from Frankfort, KY. She is one of the plaintiffs on this court case. She was "raised by the distilleries and bourbon industry. her father, uncle and two aunts worked in whiskey production. She states 'being a plaintiff in the suit is hard, it feels like you're going against something that the family's done all their lives" (NYT). The companies being sued said in a joint statement in the New York Times, "while we are sympathetic to the concerns to the plaintiffs, the blackening of some buildings and other structures is due to a naturally occurring common mold that is found widely throughout the environment, including in areas unrelated to the production of whiskey. The companies involved do not believe that they have caused any harm to the plaintiffs or their property" (NYT). The people of the surrounding areas of these popular distilleries are still not happy with the amount of black soot they have on their properties and feel as if they have to take responsibility for the damages that they have been causing for years.

According to Salazar's powerpoint presentation on business economics making sense, individualism states "everyone has the right to do his own interests and should do so, but no one has the right to make other peoples choices about their pursuits for them, therefore we need to respect peoples rights to pursue their choices so we can all live the ways we want" (Salazar 11). Milton Friedman, famous economist of the 1900's has a slightly different definition of individualism. He states "the only goal of business is to profit, so the only obligation that the business person has is to maximize profit for the owner or stockholders" (Salazar 12).

The most popular distilleries in the Louisville area include, Jim Beam and Buffalo Trace. Both distilleries are not only well known, but very well liked by many people world wide. According to their website, Buffalo Trace is the most award winning distillery in the world, winning awards such as Whisky Magazine's "Visitor Attraction of the Year" (2010), and "Brand Innovator of the Year, also by Whisky Magazine (2011). These, and other distilleries in the area are well-known and well liked for their product services. The major problem is their customers that live in the surrounding areas that are being affected by the black fungus that comes from the aging of whiskey itself. From an individualists view the best thing for these distilleries to do would to be to continue making a profit. According to Friedman, he does not take into account the happiness of a business's customers. By looking at the entire customer base that is constantly buying and using these distillery's products, the people that are being affected by the fungus is a very small percentage. According to individualism, as long as the company is making a profit, the customer's happiness does not matter. As stated before everyone has a right to do their own interest, and in this case it is producing bourbon. Though the citizens of the area do have the argument that allowing the towns to be covered in black fungus is considered negligence, the company's have the argument that it is a naturally causing fungus that is let out into the air.

According to Salazar's powerpoint on Utilitarianism and Business Ethics, utilitarianism is defined as "bringing happiness and pleasure to all things capable of feeling it. The reasoning behind this is, if happiness is valuable, there is no difference, morally-speaking between my happiness and yours" (Salazar 6). In the business aspect of utilitarianism, making employees, customers, shareholders and anyone else affected by the business happy is the way to be successful.

The distilleries that are involved in this case have many stakeholders. One example would be the customers world wide. These customers bring in the profits to all these distilleries by buying and becoming loyal customers to their bourbon/whiskey business. These customers do have some costs to making them happy. According to a utilitarian, the distilleries want to make sure that their products are made with care and to the best potential to the customer. In the long-run it would be best for the distilleries to continue producing their products and selling them to customers, creating a great customer base. Another group of stakeholders would include the citizens living around the distilleries. They are not happy that the aging of whiskey causes black fungus to form on their houses, cars, and properties. These people are also customers of their companies and purchase their products. Though the fungus is a nature caused problem, these distilleries need to make sure that these citizens are also happy according to the utilitarian view. To do so they could compensate and give money every couple to fix the damages caused by the fungus. The employees are also stakeholders to these distilleries. They are being well-treated, well-payed and not over worked. One cost to workers that are actually producing the alcohol, is the vapors it lets out into the air can be very flammable and because some of these older distillery factories are made of wood, it could cause a lot of problems. In the view of a utilitarian, it would be in the company's best interest to make sure that the workers are well protected when working with the actual alcohol and that the factories have good fire precautions just incase something were to ever happen, it would not harm the employees. The utilitarian view of how to run a business wants to make sure that all of it's stakeholders are happy at all costs. 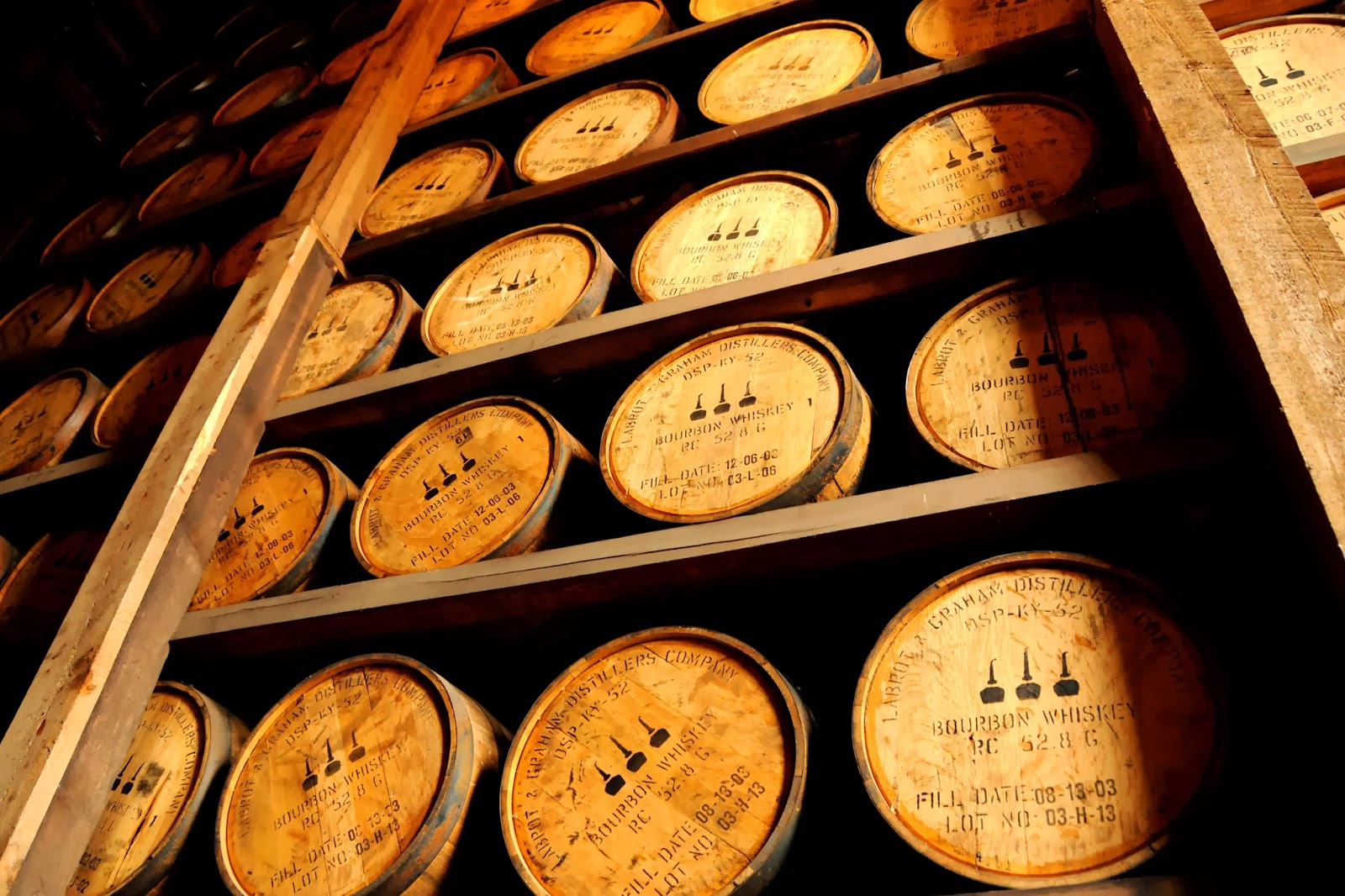 According to Immanuel Kant, a German philosopher of the 1700's created a theory that focuses on the rights and wrongs of decision making and the consequences of those actions. According to Salazar's powerpoint, Kantian Business Ethics, the formula of humanity states, "'Act in such a way that you treat humanity, whether in your own person, or in the person of another, at the same time as an end and never simply as a means' (Kant, MM 429)" (Salazar 9). In other words, making decisions according to the Kantian view are in the best interest of the people's well-being, making sure they know all the consequences that come along with the decisions and the choices that they are making by respecting people's autonomy.
Kant's primary principles include, "acting rationally, allowing and helping people to make rational decisions, respecting people, their autonomy and individual needs/differences, and finally being motivated by Good Will. 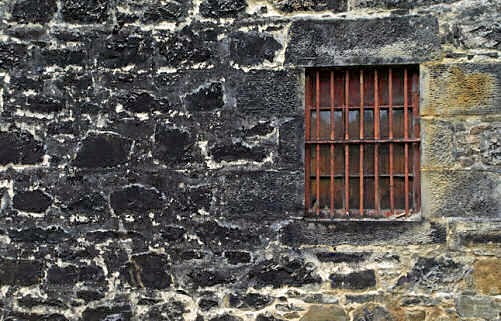 In the case of the Kentucky distilleries, they have not conformed to Kant's principles. It is in the people's well-being to stop the fungus from growing on their houses, cars and more. It damages their property which causes them to be frustrated with the distilleries as a whole. If the Kentucky distilleries conformed to Kant's principles, not only would they try to stop the over-production of this fungus, but they would have also informed the citizens living in the area, that before they built houses, or moved in there that there was a likelihood of fungus to form on their property. This way the citizens would be able to make their own decision to stay in the area or decide to move somewhere else.

The distilleries are also not conforming to Kant's principles. They are not acting rationally; they are putting their profits first by continuing to produce whiskey without helping out of informing the citizens around them that are being affected by the black fungus. They are also not allowing people to help make rational decisions. These bourbon distilleries are not listening to the people in the surrounding towns that want compensation for the damages caused by the fungus. They do not want to harm their industry just want to solve the problem of the overproduction of the fungus. These are also the reasons the distilleries are not respecting people, their autonomy, and their individual needs and differences. They are not motivated by the Good Will of the people. If they were motivated by seeking what is right by doing what is right, they would have controlled the amount of fungus being produced from the distilleries, or even compensated by giving the people money to fix the damages caused by the fungus. If these distilleries in the state of Kentucky were to follow the Kantian view of running a company, they would compensate to the damages that the fungus has caused to the people in the surrounding area, and run their business by focusing on the rights and wrongs of decision-making.

Relation to the Virtue Theory

The virtue theory is based off of Aristotle's ethics, which states people must act rationally to function well in the business society. The first of the four primary virtues is courage. Courage is defined as " risk taking and willingness to take a stand for the right ideas and actions" (Salazar 6). The second virtue is honesty. Honesty is "in agreements, hiring and treatment of employees, customers and other companies" (Salazar 6). The third virtue is temperance which Salazar defines uses Soloman's definition, "reasonable expectations and desires" (Salazar 6). The final virtue is justice, which is "hard work, quality products, good ideas and fair practices" (Salazar 6).

The company decision makers at these distilleries do have some of these virtues. They do have courage. They take the risk of allowing the vapors that cause fungus to circulate through the air if that means they can still be producing bourbon. They are honest to their stakeholders, yet they do not feel as if they are responsible of the constant growth of fungus on people's property. They have temperance. The only thing these distilleries want to do is have a good customer base and produce the right products to keep them happy. The distilleries do lack justice due to the fact that they do not take the responsibility of the over growth of black fungus on people's property.