Controversy
In recent months Walmart has yet again found its self under fire for less than ethical practices. Walmart is buying water from California water supplies in the midst of the states four year drought. Walmart and other companies have been buying water from DS Services of America. DS buys the water at 99 cents for every 748 gallons, the same rate as other commercial and residential customers, and sells it to large companies like Walmart. For every 1 dollar of water that is sold to Walmart the company makes $658.24 (Moore, 2015). Walmart is not the only company to do this, but they are buying up about 10% of what DS Services of America produces. The residents of the state have restrictions on how much water they can really use. Earlier this spring, Gov. Jerry Brown signed an executive order requiring cities and towns across the state to cut water use by 25% in what is the first mandatory drought restriction in California history (Wahba 2015). Other companies like Starbucks were doing the same, but recently stopped because of the media backlash. Walmart as usual loves to take the fire. Walmart has not made any attempt at addressing the issue, or trying to fix it other than this statement. “The drought in California is very concerning for many of our customers and our associates,” Wal-Mart spokesman John Forrest Ales said in an emailed statement. “We share those concerns and are tracking it closely. Our commitment to sustainability includes efforts to minimize water use in our facilities. We have and continue to work with our suppliers to act responsibly while meeting the needs of customers who count on us across California (Wahba, 2015).” California has only about one years worth of water left for the entire state, but has done nothing to combat Walmart's actions. This is a serious issue. 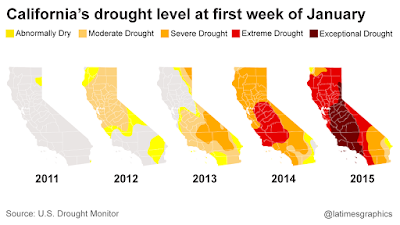 Stakeholders
There are a few different stakeholders in this ethics case. First is the State of California. The state is the one who is running out of water. Also they are the ones who are allowing big business to buy this water at extremely cheap prices. The landscape of California is turning into a desert quick, but not much is being done to stop it. Next we have the people of the State of California. These people have to deal with limited water usage, while companies like Walmart can bottle and sell as much as they want. Walmart is for sure a stakeholder. They are draining the water from the state for their own benefit, while others suffer.

Individualism
Milton Friedman developed a theory he called Individualism, which says "The only goal of business is to profit, so the only obligation that the business person has is to maximize profit for the owner or the stockholders.” When looking at Walmart in this case you would have to say that what they are doing is ethical. They are really just trying to make a profit anyway that they can. I'm sure if it were more profitable to stop bottle water using this supply they would. As for this theory though, they have no problem with Walmart's actions

Utilitarianism
The theory of Utilitarianism says that happiness and pleasure as the only things of intrinsic value, and that we must bring about happiness in everyone as much as possible. Walmart for sure is not following these basic principles. The people of the state are up in arms about Walmart's actions. They are not happy whatsoever. Walmart has really done nothing to bring anyone happiness either. From a utilitarian view Walmart's actions would be deemed unethical.

Kantianism
Immanuel Kant's theory of Kantianism contains principles involving rational actions, including acting rationally, helping others make rational decisions, respecting others, and being motivated by Good Will. I do not believe that Walmart can say they have done any of these things. They have done no Good Will except for themselves, they do not respect the thoughts of the people of California, and they are draining the water of the state which I would not consider a rational decision. This theory would again see the actions of Walmart to be unethical.

Virtue Theory
Artistole's Virtue Theory sets certain characteristics in order for something to be considered ethical.
There are four different characteristics that a virtuous person or business must have to be considered a virtuous. Those four things are Courage, Honesty, Temperance, and Justice. All four are need to consider actions of a business ethical, and Walmart does not fall with any of those four. They are not courageous by buying water from a drought stricken state. They are not honest with the people in how much water they are actually buying and selling. They are not showing temperance and certainly there is no justice in these actions. Justice would be stopping the company from doing so. Virtue Theory would say that Walmart is acting in an unethical manner.

Justified Ethical Evaluation
In my personal opinion I most believe in Individualism. I feel that a business is in business to make profit, and really that's the only obligation they have. Lets look at the case from a whole. Walmart has done nothing illegal, and in fact are following all rules. The State of California clearly has no issue with the company buying this water, and if they did something would be done. Walmart has the right to buy water from the state at the same price as anyone else. Walmart should not have to take orders from consumers who are unhappy with their actions. I can understand that people are upset but what they are doing is ethical in my perspective.

Posted by Alexander Crivelli at 2:46 PM