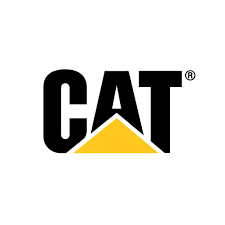 Caterpillar Inc. is one of the world's largest manufacturing companies, and has been so for a long period of time. However, they ran into some trouble with federal law, as the company is facing federal investigations for some unethical business actions committed by the company's workers. Some employees are being accused of allegedly breaking and dumping train parts off the coast of California in order to generate a revenue on company repairs. Inspection workers are under pressure to produce repair work that will generate money for the company, so they intentionally broke train parts in order to produce billable work. If there are no repairs to be made, the company will not earn any profit, as they cannot charge the owner for making no repairs. As a result, some workers intentionally broke parts to turn a company profit and earn their share. While management refused to comment on the allegations, a retiree from Progress Rail Services stated that he believed that management had no idea of what was going on with the workers. Some of Caterpillar’s workers commented on their actions in the incident as well, and gave justification for their reasons being dumping parts into the ocean, including being under pressure to find repair work, having a fear of losing their jobs because there isn’t any work in California, and lastly to get that extra “pay” on top of their hourly salary. While the extra pay was not always provided, workers who created repair work whether it was real or not were favored more by management.

Stakeholders
The stakeholders in this controversy are anyone who is affected by the actions of Caterpillar and their subsidiary. They are the owners, management, customers, clients, and stockholders of both Caterpillar and Progress Rail Services. Since PRS is a subsidiary of Caterpillar, they have an affect on Caterpillar based on their own individual actions, and therefore the stockholders of both companies will be affected. The owners, management, and stockholders will be impacted in a negative way due to the incident creating a large problem for the present and future business functions of each company. Profit loss, decreases in sales, and federal charges may be some of the consequences the stakeholders will face after the incident.

Individualism
Milton Friedman developed an economic theory he called Individualism, which states "The only goal of business is to profit, so the only obligation that the business person has is to maximize profit for the owner or the stockholders.” In Caterpillar's case, the workers were focused on maximizing their own profits, leading them to intentionally break and dump train parts. While unethical, the theory of individualism supports their actions because they were doing what they could to help the company and themselves earn a profit, which is by producing billable repair work to Caterpillar and/or Progress Rail Services. The workers, who represent business people in the theory of Individualism, hold the only obligation of maximizing profits for owners and stockholders while on the job. However, while satisfying the ethics of Individualism, they maximized profits in an illegal manner, which landed them in trouble with federal investigators.

Utilitarianism
The theory of Utilitarianism promotes happiness and pleasure as the only things of intrinsic value, and that we must bring about happiness in everyone as much as possible. The workers weren't happy with the amount of billable work they were receiving, so they sought out to create their own through breaking and dumping parts. After creating work and being praised by management, they felt a greater sense of happiness, even if it was generated in an unethical manner. However, the Caterpillar and Progress Rail Services employees encountered one of the shortcomings of Utilitarianism, which states “the ends don’t justify the means.” Instead of working in an honest manner, the workers cheated the system, got caught, and ultimately jeopardized their jobs. Since they were caught, they are now unhappy along with the rest of the stakeholders who have to deal with the federal investigations. Therefore, their actions are considered to be unethical in the views of Utilitarianism.

Kantianism
Immanuel Kant's theory of Kantianism contains principles involving rational actions, including acting rationally, helping others make rational decisions, respecting others, and being motivated by Good Will. Ultimately, if an action isn't rational, it isn't ethical. In the case of Caterpillar, the employees went entirely against the theory, as they acted completely irrationally by breaking and dumping parts. They knew they were acting irrationally, but continued anyways because they felt the need to produce repair work for themselves. While the workers' motivations came from Good Will, their actions ultimately did not. Therefore, their actions were unethical, and the groups involved deserve to be punished for their actions in the eyes of a Kantian.

Virtue Theory
Aristotle's Virtue Theory is defined by acting in accordance with certain characteristics that determine one's character. The four virtues are courage, honesty, temperance, and justice, and for an action to be ethical, it must satisfy each of these virtues. Caterpillar and Progress Rail Services' employees acted with none of the four virtues of character, therefore their actions are considered unethical in the eyes of Virtue Theory. They were not courageous in their actions, dishonest for going behind management and acting against company rules, greedy in their desires, and unjust in producing work outputs. By going against all four virtues of the virtue theory, the workers of Caterpillar and Progress Rail Services have proven their actions to be unethical.


Justified Ethical Evaluation
In my opinion, while the workers of Caterpillar and Progress Rail Services had the right intentions when allegedly breaking and dumping train parts, they were still unethical in their actions. While most of these workers may not have a high level of education (because the job doesn't require it) or are struggling with the lower salaries, it does not give them a reason to cheat their jobs. These workers should face the consequences given to them, as they went against each of the ethical theories in their actions. The workers should have taken the initiative to approach management and tell them about their situation on the job site, which might earn them some sympathy from the higher executives. The company could have reasoned with them and understood that they were not receiving high levels of work, so they would be more lenient of production levels and profits were not as high. This would've been the right thing to do, versus taking matters into their own hands and acting behind management's backs. Ultimately, their unethical actions led to consequences that have put both Caterpillar and Progress Rail Services in a difficult position with federal investigators. If they acted ethically, they might have still found themselves on the job site to this day.