Controversy
79 U.S. sailors were on a mission to help support humanity operations as a deed by the government to help facilitate the recovery of the earthquake. But instead they were backfired by the radiation exposure and now face risks of health problems and potentially death. But the TEPCO had not warned them of the potential risks and danger prior to their mission, and as a result the soldiers face a lifetime of health risks. Rather than warning them, TEPCO insisted that there were no risks of high radiation exposure leading the soldiers to think that it is safe to operate under such conditions. Because of this incident many questions have been raised about why TEPCO let soldiers work if they had knew the risks of high level radiation exposure. This is not the first case where TEPCO is being sued for misleading information. A former worker at the Fukushima power plant, 57 years old, has filed a damages suit against TEPCO, claiming that he developed cancer due to exposure to radiation (Jiji). According to his complaint, cancer was detected in his bladder, his stomach, and his sigmoid colon after he worked as a heavy equipment operator at the plant. After the application was rejected, again TEPCO responded saying that they will sincerely after examining the lawsuit. In both cases TEPCO has failed to respond after examining the cases as they said they would. Now the real question is, could the nuclear disaster be avoided. In 2004 seven years before the tsunami, Mr. Shimazaki, a member of an office committee, warned that Fukushima’s coast was vulnerable to tsunamis more than twice as tall as the forecasts put forth by regulators and TEPCO. However his warnings were not even mentioned in the committee’s final report, and said that the committee did not want to force TEPCO to make expensive upgrades at the plant. The committee ignored his warnings in order to save TEPCO money. In another case, Mr. Fujiwara used to work as a former nuclear inspector at Japan Nuclear Energy Safety Organization, a government agency that carries out safety inspection for power plants. He said in 2009, he fused to approve a routine test by the plant’s operator. A week later he was summoned by his boss, who ordered him to “correct” his written report to indicate that the test had been done properly. The boss told him that his job was to approve reactors, not to raise doubts about them (Fackler). TEPCO has been being under fire for the one to be blamed for, however the government takes an equal if not bigger part of this controversy.

Stakeholders
The major stakeholders would be the affected community where the power plant got destroyed. These people have suffered the most, especially from health effects caused by radiation exposure. This also indirectly affects people's monetary cost such as land and property. Areas that are contaminated by radiation have the effects of reducing desirability of people wanting to live there, and as a result reducing land value. In addition, the environment and wildlife of these communities have been affected including animals and plants. Radiation was also poured into the ocean which is extremely dangerous because not only does it affect us, but also the food chain. It affects the entire food chain underwater which can then affect waters all across the world, which will then become a worldwide problem putting all communities at risk. TEPCO itself is also a stakeholder, including its employees and shareholders. The company faces cleanup costs, repair costs, lawsuits, and loss in share prices which ends up a lot of money loss. Due to its negative publicity, TEPCO also faces negative feedback from the community leading to a negative company image. The government is also a stakeholder because it has to deal with rebuilding communities that were affected by the radiation. The radiation is so strong to the point where TEPCO cannot handle it on its own and must seek government help in order to fix this global problem. In the long run if the radiation continues to spread, the entire world could be potential stakeholders.

Individualism
The ethical rule of individualism states that business actions should be to maximize profits for shareholders and owners of a business, but within the rules and regulations of the law (Salazar). The company should operate in a way that seeks to achieve the highest profit, but within the rules and regulations. TEPCO was not being "socially responsible" because they did not informing people that were helping them about the real threat and danger of radiation exposure. As a result all stakeholders were negatively affected by the radiation. TEPCO was likely to be operating under the assumption that if they do not tell people about the high risks of radiation exposure, then people would be more willing to help. However this is not socially responsible because the combination of lawsuits, bad publicity, and cleanup have been shown to be more costly than if the company had told the truth about the dangers involved. TEPCO's biggest mistake is to not operate in its long term interests.

Utilitarianism
The ethical rule of utilitarianism states that business actions should aim to maximize happiness in the long run for all conscious beings that are affected by the business action (Salazar). The goal of utilitarianism is to achieve is to maximize overall happiness and minimizing overall pain. According to Joseph DesJardins in An Introduction to Business Ethics (2011), utilitarianism ethics can be thought of in terms of means and ends, of acts and consequences (DesJardins, p. 57). In some way, utilitarianism has some sort of mathematical approach to ethics. A utilitarian would not be likely to support TEPCO's action in this case. By giving people misleading information about the radiation levels, more people have been harmed than have benefited. People working in the power plant should would not have suffered if proper warning was given to them. As a result, many people who worked in or near the power plant face health problems that could stay forever. Families of these people are also affected, and are unhappy about what has happened to their loved ones. It is clear that there could be more benefit, if TEPCO had better informed people about the truth. TEPCO knew the high risks of the radiation exposure involved, but was reluctant to publicize the truth fearful of negative company image and no help. However if they did tell the truth to people, people might be reluctant to help at first, but it would have resulted in maximum happiness as people would know what to expect. 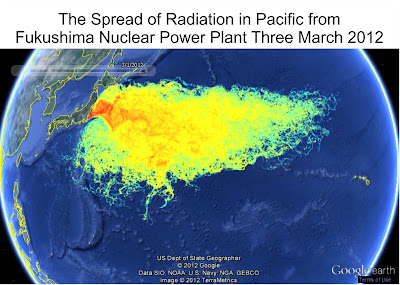 Kantianism
The ethical rule of Kantianism states to always act in ways that respect and honor individuals and their choices. Don't lie, cheat, manipulate or harm others to get your way. Rather, use informed and rational consent from all parties (Salazar). To a Kant thinker, ends do not justify the means. Kant would argue to a utilitarian and say that, winning in the end does not automatically make a decision right. But rather, ethical decisions are those made for good and moral reasons in the first place, regardless of the outcome. According to Kantianism, "One should act rationally - don't act inconsistently in your own actions or consider yourself exempt from rules. One should allow and help people to make rational decisions. Also, always respect people, their autonomy, and individual needs and differences. Lastly, be motivated by Good Will, seeking to do what is right because it is right" (Salazar). TEPCO clearly has not helped people to make rational decisions by providing misleading information. By providing misleading information TEPCO is in a way manipulating others to do what they want them to do. TEPCO is not acting rationally nor respecting people by lying to them, because it helps people make decisions that they will regret. This not only happened to the soldiers, but also to its own employees. Under the law of humanity, TEPCO is seen to have lied and deceived people from the truth. It seemed like the company already had plans to leave people that are unaffected and compensate those that are affected by their actions.

The ethical rule of virtue theory states to act so as to embody a variety of virtuous or good character traits and so as to avoid vicious or bad character traits. The values are of character traits that promote wellness or flourishing of individuals within a society. Virtue theory is based on four primary virtues of courage, honesty, temperance, and justice (Salazar). TEPCO did not stand up for the right ideas and actions by lying to people and therefore not courageous. This leads to the company not being honest to its employees and people. The company can be seen as dishonest for not fully disclosing all information. TEPCO did not show temperance in its actions because it did not explain or report any reason to its actions. TEPCO did not display justice with its lack of honesty. In response to the lawsuits received, the company is being unjust for attempting to not pay any compensation. TEPCO had the ability and right to protect people that were affected as well as its own interests, and the least they could do is pay compensation. The company is unethical based on the four characteristics of virtue theory.

Justified Ethics Evaluation
In my opinion I believe that soldiers and factory workers did not have to face health problems. If TEPCO had properly disclosed information regarding the high risks of danger from radiation exposure, health problems could be prevented. Instead the company thought of its own interest which is to not ruin the company image they withheld information that could save the lives of many other. The company knew that they needed to hire workers to clean up and repair the power plant, however no one wanted to do it. This was because everyone knew the high risks of radiation exposure and have heard that many people have died from radiation exposure while working there. In order to attract workers, the company lied about the high levels of radiation knowing that people would listen to them. The company was so desperate to hire people to point that they would deceive people by lying to them. If the company had not been so desperate and thought about others, people's lives would not be at stake. In a bigger scheme of things, the company could also have avoided the nuclear disaster if they had listened and acknowledged to prior warnings from people, rather than save costs. The cost of the disaster is much greater than the cost for preparation of a disaster.