Controversy
In May of 2015, Citigroup, Inc. as well as three other major banks, pleaded guilty to attempted to manipulate foreign exchange rates. Citigroup is facing one of the largest fines along with JPMorgan Chase & Co. According to Corkery and Protess (2015), Citigroup's fine of $925 million is the largest single fine ever to be given as a violation of the Sherman Antitrust Act. This scandal itself is often referred to as the "FX Scandal". The Forex (otherwise known as FX) is "a decentralized foreign exchange market that trades in the world's currencies" (Royden, 2014). The foreign exchange market is one that goes on 24/7, except in London. In London, at 4:00 P.M. the market stops for exactly one minute. This is called the "fix rate". In the FX Scandal, traders of five major banks came together and fixed the fix rate though online chatroom with names like "The Cartel" and "The Mafia".
This case marks the first time in decades that the parent or main banking unit of a major American financial institution pleaded guilty to criminal charges. However the bank has not stopped operations once throughout this whole process. Is it possible that large fines are considered a slap on the wrist for large companies such as Citgroup, Inc.? Attorney General Lynch argues “the penalty all these banks will now pay is fitting, considering the long-running and egregious nature of their anticompetitive conduct.” (Freifeld, Henry, and Slater 2015). It is hard to think though, that if this had been a small bank that they would be able to continue on with normal day-to-day business operations.

Stakeholders
Many people were affected because of this scandal. These people are referred to as stakeholders. Stakeholders include Citigroup, Inc. employees, customers, those who participate in foreign exchange (other large companies), the government, and small banks. In worse circumstances, the bank could have gone bankrupt and many jobs would have been lost. Instead, employees are now under very close watch, even though they were not all involved in the scheme. Customers and those participating in foreign exchange will now be extremely untrusting of Citigroup, Inc. as they have lied to their clients. The government as a stakeholder, had to deal with the repercussions of the criminal charges and now have to constantly monitor these large banks. Small banks are stakeholders as they expect to deal with fair competitors in the bank industry.

Individualism
Individualism is one of various ethical theories, which can be used to analyze a given ethics controversy. The values of individualism include profits and the owner's wishes. This theory’s ethical rule is “business actions should maximize profits for the owners of a business, but do so within the law” (Salazar, The Case Manual, p. 17). In the case of Citigroup, an Individualistic analysis would result in saying Citigroup was unethical. Although the traders were manipulating rates to make more profit, they were doing outside of the law. If the traders involved were abiding by the law then the action would be considered in the best interest of the owner, according to Individualism. Traders were not considered with the effect their decisions had on stakeholders (which is considered ethical under Individualism) but because they broke the law the action is considered unethical.

Utilitarianism
Utilitarianism is yet another ethical theory used to analyze whether or not a company acted ethically. Utilitarianism focuses on the values of happiness, and has the ethical rule that “businesses should aim to maximize the happiness in the long run for all conscious beings that are affected by the business action” (Salazar, The Case Manual, p. 19). In contrast to Individualism, utilitarians focus on more than just the owners’ wants and needs. “Classical Utilitarianism” stresses the value of happiness. This would mean that anything resulting in an unhappy outcome is considered unethical. A utilitarian would consider Citigroup unethical as they have not considered their stakeholders in their actions. They stress the long-term outcome of things. In the short run, Citigroup made money but in the long run many customers were cheated (a bad outcome). A utilitarian would weigh these outcomes and come to a conclusion. Even after the fact, Citigroup is moving forward while those who were cheated have lost money due to the issue. All of the individual lawsuits against Citigroup exemplify the lost of trust from its customers. Utilitarians would take this into account and ultimately consider this an unethical decision. Losing the trust of one’s customers is not worth making extra money from lying to them. 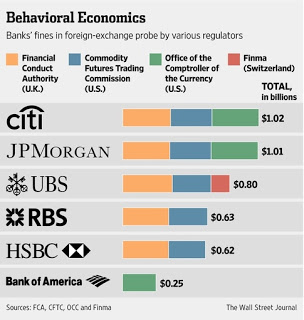 The third ethical theory used to evaluate the Citigroup, Inc. case is Kantianism. According to Kantianism lying, cheating, manipulating, or harming others is considered unethical (Salazar, The Case Manual, p. 20). This is where Citigroup went very wrong. The traders involved in the fix purposely manipulated their customers for their own benefit. Customers were lied to by a company they thought they could trust. This in itself is unethical. There is a serious lack of “Good Will” within the employees of Citigroup. Most employees, if not all employees that had anything to do with the scandal were fired. This was the best thing Citigroup could have done to ensure that the same problem does not occur. When looking at "Good Will" specifically, a Kantian would as if Citigroup, Inc. fired their employees because it was right or because they were told they had to. The same could be argued for when the company pleaded guilty. It is likely that the company pleaded guilty not because it was right but because they were told to by a lawyer so they could cut a deal with the authorities. Kantianism would argue that Citigroup acted unethical throughout the whole scandal, even when they admitted their wrongdoing.

Virtue Theory
The final theory used to evaluate this ethics case is Virtue Theory. Virtue Theory declares that if a company, or individual is acting in such a way that they are expressing good character traits and working to avoid bad character traits then they are acting ethically. The values of Virtue Theory include “character traits that promote wellness or flourishing of individuals within a society” (Salazar, The Case Manual, p. 22). In Virtue Theory good traits are virtues while bad traits are vices. Some examples of virtues are: honesty, compassion, and temperance. Examples of vices include jealousy and greed. In the case of Citigroup, the traders involved in the scandal let the vices get the best of them. By fixing the rates for their own benefit they were selfish, greedy, and dishonest. If those involved in the scandal had taken the time and effort to embraces their virtues and avoid the vices, the scandal may have not even occurred. However, they let their vices take over, leaving an unethical result for the company.

Justified Ethics Evaluation
I believe Citigroup, Inc. was wrong in fixing the foreign exchange rates. This affected so many people across the globe. They manipulated their customers for personal benefit, which is unethical to me. The company also broke the law, which speaks for itself. Although it is hard to control individual employees' decisions, when talk came up about joining the chat room, Citigroup should have opted out. In my opinion, to give banks a monetary fine is not sufficient. Citigroup has not seen any trouble in business activity after the scandal. The fact that they were able to still operate and make a profit seems unjust. They broke the law, plead guilty, but the price being paid does not seem high enough for what they did. I do not mean this monetary wise as they have extremely large fines, just freedom wise. When an individual or small business breaks the law they are often revoked of their rights. Overall, Citigroup acted unethically in fixing the foreign exchange rates and everyone involved should serve the consequences of their actions.