ETHICS CASE CONTROVERSY
LIBOR stands for the London Interbank Offered Rate which calculates the base interest rate banks charge for short-term loans on the London interbank market. This rate is calculated daily based off of the submissions of about 11 to 18 leading global banks in relation to their estimated borrowing costs. LIBOR evaluates the current state of the roughly $5 trillion market making accurate information essential due to its large sphere of influence globally. Evidence that LIBOR was being manipulated spans as far back as 2003. This scandal is particularly controversial because with the manipulation of LIBOR, "trillions of dollars of financial instruments were priced at the wrong rate." JPMorgan Chase was one of the main culprits in rigging the system, along with Barclays, Citicorp, UBS, and RBS, all pleading guilty to criminal charges in 2015. 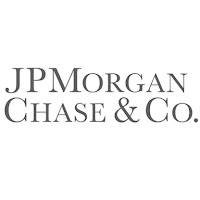 These practices went under the radar because of the use of online chat rooms where traders typically discussed market topics. This in turn led to the collusion between traders at the world's top banking institutions, using coded language to rig the foreign exchange currency benchmark as a way to turn profits. JPMorgan was one of two banks from the United States which were involved in the scandal. Along with this conviction, each bank will be put on a three year probationary period. Ethically, JPMorgan Chase failed to abide by national and international regulations, resulting in a $395 million fine to the Department of Justice, and $274 million fine to the Federal Reserve.
STAKEHOLDERS

The main stakeholders in this scandal were the customers and investors who had a buy to let mortgage or a sub-primes loan. A buy to let mortgage is "a loan for purchasing or refinancing residential property which is let to tenants rather than lived in by the borrower (Buy to Let Mortgages, 2015)" and a subprime loan is a loan offered to those with reasonable cause of default, both are typically assigned a higher interest rate because they are considered 'risks.' The interest rate of these loans is based off of the three month LIBOR calculation. Also, large institutions that stored their assets in short-term accounts are more than likely to have been affected by LIBOR pricing because LIBOR calculates the base interest rate banks charge for short-term loans. Additionally, residential mortgage backed securities which consisted of bonds, had interest rates that were also linked with the LIBOR system (Collinson, 2012). Aside from customers and investors, stockholders were also affected with a minor drop in the stock when the scandal was revealed. Today, settlement fees are affecting the share price of JPMorgan, making it difficult for traders to sell and turn a profit. Furthermore, employees jobs have become increasingly elastic due to risky trading and the manipulation of finances, as well as the projected settlement costs.


INDIVIDUALISM
JPMorgan Chase is one of the largest banking and investment institutions in the world, meaning they have an extensive list of stakeholders that were all affected by the LIBOR rigging scandal. The events that took place prior to its reveal in 2012 display the individualistic tendencies outlined by Friedman. The first category of iterated games embodies actions of selfish competition and tit-for tat practices. The two traders extensively involved in the scandal, Wiley and Glands, made moves within the company to turn a profit regardless of future repercussions and risking job security for future employees due to the large degree of compensation being allocated to the Department of Justice and the Federal Reserve. With the utilization of online chat rooms, traders were able to collude so that the submission of interest rate figures would maximize their profits embodying tit-for-tat practices. From here it would suggest that an Individualist would deem the companies choices as ethical, but rights-based constraints prove otherwise. According to this subcategory of individualism, "everyone has the right to pursue his own interests and should do so, but no one has a right to make other peoples choices about their pursuits for them. Therefore we need to respect people's rights to pursue their choices so we can all live in the ways we want (Salazar)." Wiley and Glands may have had the right to pursue their own interests by maximizing profits, but their interests were unethical. This constraint does not encompass the issues of illegal pursuit and justifies their actions. Having the right to pursue illegal activities is not individualistic because it harms the stakeholders, most commonly resulting in profit loss.
UTILITARIAN 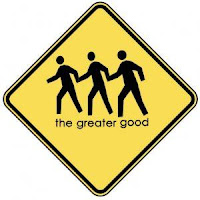 The maximization of happiness is the only thing with intrinsic value (Salazar). With that being said, profit maximization typically has no correlation to the theory unless profit maximizing is the root of your happiness. In the business realm, various factors come into play that may force you to make decisions that don't align with your idea of happiness because what makes you happy may not always be ethical. Glands and Wiley acted out the utilitarian theory, but it clearly did not result in the overall happiness of the stakeholders. While manipulation of LIBOR was taking place, JPMorgan was always turning profits and being prided on their gains each quarter. The company was also able to withstand the 2007-08 housing market debacle partly due to Gland's and Wiley's scheming. Their biggest mistake was that they were only thinking about the overall happiness in the short-run, rather than the negative long-run effects, classifying this case as unethical according to a utilitarian.
KANTIANISM
Wiley and Glands did not abide by any of the basic principles of Kantianism because there was no rational thinking involved during the rigging scandal by all parties involved. The Universal Law is the most contradicted formula within the case study, and the self-interest maxim seems to be the most accurate description of the actions of the traders. For example, the maxim for this case would be: I would falsely report short-term interest rates to the LIBOR interest index in order to maximize the profits of my company. When you go to universalize the maxim, you find that the process of universalizing "prohibits people from making exceptions of themselves. It forbids all forms of deceit, including lying and stealing (Salazar)." Because the first two steps contradict each other, you are able to determine that the maxim is irrational. In accordance to determining rights motivation, the case seems to align more with the self-interest motivation. A sample statement would be, I will report profit maximizing figures to LIBOR in order to achieve this self-interest motivation, which in turn winds up violating all three laws associated with Kantianism, ultimately declaring this case unethical.
VIRTUE THEORY 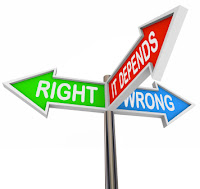 The main characteristics of this theory are trustworthiness and cooperation (Salazar). Investors and customers were relying on markets to be virtuous when they put their trust in JPMorgan. The actions of the traders seem to abide more by vices rather than virtues and when you decide to conduct business with a company, you expect them to be virtuous, especially if they have a clean image. In Gland's and Wiley's case, it can be argued that they were acting courageously by taking risks to maximize profit. Unfortunately, there risks were illegal resulting in "diminished confidence in the financial industry by business and the public (Fridson 2012)." Stakeholders were hurt in the long-run and the two investors did not have good virtues of character, resulting in pending trials and a high probability of incarceration.
ETHICS EVALUATION
Through four ethics analysis,' it is clear to see that JPMorgan Chase conducted business with individualistic tendencies. Glands and Wiley risked the clean image of JPMorgan, the security of future employees, and the well-being of their stakeholders. In my opinion, the profits they acquired most likely equals or surpasses the monetary repercussions for settlements. Not only this, in the mid to late 2000's manipulation of LIBOR was speculated, but it was not inspected. Having a system that relied solely on the figures reported by several top institutions is a risky endeavor to start with considering most banks are looking to maximized their profits. In the case of JPMorgan, as a prospective customer, I would be wary to put my trust in the company because of a variety of scandals that have surfaced after LIBOR manipulation was revealed. If I had been a customer during the time of the rigging scandal, I would have wanted Glands and Wiley to be honest and admit their wrong-doings prior to their conviction. This form of honesty would have resurrected my faith in the company, letting me know that there is some degree of integrity tied into the case. Because of the actions of some individuals, JPMorgan Chase now has to rebuild their image both domestically and internationally, and restore the faith of their investors and consumers that the market is a fair and virtuous place.
REFERENCES
Benedict, C. (2014, January 24). The LIBOR scandal. Can we trust LIBOR rates again even after reform? http://sevenpillarsinstitute.org/news/libor-scandal-reform-agendacan-trust-rates