Standard Chartered is a global bank that started in 1969 in the United Kingdom and grew to be one of the largest banks in the world. Over the last 20 years or so Standard Chartered has been hit with fines for not complying with anti-money laundering laws.

Between 1999 and 2019 there was around 2,100 suspicious activity repots (SARs) field from of the e world’s 5 largest banks that had been leaked a SAR is filed whenever a bank is handling funds that could be suspicious of criminal activity.

In August of 2001 there was a suicide bombing inside a Sbarro restaurant in Jerusalem, 15 people had been killed along with 130 injuries. Another massive leak of financial reports brought to light that a Arab Bank had been facilitating payments to organizations and individuals who were suspected to be connected to terrorist groups. The bank had agreed to massive fines to terror victims but in 2016 it was brought to light that Standard Chartered had been serving as a correspondent for the Arab bank, SCB was skeptical that the bank had been continuing to transfer money to suspected terrorists. In 2002 there was a suicide bombing at the park hotel in Netanya killing 30 people. In the massive leak of financial documents, it revealed that SCB had still been continuing to work as a correspondent with the Jordanian bank threw out their lawsuit and even afterword’s even though some of the transactions that where passing through the bank raised suspicions. Standard Charted was a client of them for 25 years.

In 2004 they signed a written agreement with the Federal Reserve and the New York regulator which had very explicit changes they must make as a company to comply with these anti-money laundering laws. The agreement had ended in 2007 and SCB has not changed their ways since and even after signing their agreement continued to violate laws. From at least 2001 to early 2007 Standard Chartered developed and implemented policies and producers for processing certain U.S dollar- denominated funds Transfers through the companies that involved parties subject to sanctions by OFAC that would delete information and payment messages that was required for the branch to determine whether these transactions were carried out legally and also to properly follow there written agreement that they signed in 2004. In 2005-2006 SCB engaged in inadequate and incomplete responses to examiner inquires relating to the transmission of funds to and from parties that violate OFAC regulations a lot of their dodging and mis leading of examiners was mainly because of their transactions regarding Iranian customers. After all, said and done SCB was fined $670 million dollars in regulatory fines. Regulatory fines are any civil monetary fine or penalty imposed by a federal, state, local or foreign government entity, in the banking world regulatory fines are usually just the cost of doing business and a lot of times large banks like SCB will anticipate a fine coming from the illegal activity they are committing but the profit will succeed the costs.

In the past year 2019 Standard Chartered has paid $1.1 billion dollars in fines to settle once again breaking sanctions and poor money laundering controls and continuing to work with Iran. The bank has agreed to pay $947 million in fines to American agencies these include the US Department of Justice, separately they were fined another $102 million by the Financial Conduct Authority for anti-money laundering. This fine was given out by the UK and would be the second largest fine ever imposed by them for anti-money laundering failures. In a statement released from the US treasury department they said that the latest fines where to settle apparent violations of sanctions that are imposed against Burma, Zimbabwe, Cuba, Sudan, Syria and Iran. SCB processed transactions worth $438 million dollars between 2009 and 2014 mostly all involved Iran linked accounts from there Dubai branch then routing payments to its New York offices or other US based branches. Although these fines where wildly expected SCB had set aside $900 million dollars to cover their US and UK fines but the latest fines required the bank to cough up another $190 million dollars. Standard Chartered mad a statement saying” we accept full responsibility for violations and control deficiencies” as well as saying “the vast majority of the alleged incidents took place before 2012, none of the breaches occurred after 2014”.

The stakeholders in this situation would be the people who own stock in Standard Chartered bank as well as the public.  From November 2019 until February 2019 SCB stock varied between 8-10 dollars, towards the end of February their stock slowly started t decline as news of these massive fines came out that they were expecting to have to pay. In the beginning of March their stock was down to about 6 dollars a share, but it did not stop there in April when the news became office and Standard Charted was hit with the massive $1.1 billion dollar fine their stock dropped to $4.50 a share. For their stocks to drop to about half of what they had been at is a very significant hit to a company epically when it happens so drastically. These are the people who wore the most affected by SCB actions as well as their reputation in the eye of the public it will ruin trust with a lot of people. 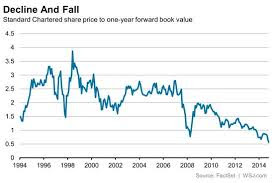 Individualism theory is about maximizing profit for the stakeholders without breaking the law. If you where to look at Standard Chartered from a individualist stand point I think you could argue they had acted un ethically for most of what they were doing. The type of people and countries that SCB was doing business with did not have the best interests for people’s safety and security and the reason they choose to do business with SCB was because they need somewhere to launder money through and SCB was allowing these people to do that. Also, it was against the law in the united states to do what they had been doing. I think the reason that SCB continued these behaviors for so long was because one they were making significant profit from it and the law for this kind of thing has so much grey area. A lot of times large companies and especially banks will do something illegally regardless because they know the reward for doing it will be so much greater than the punishment that comes from it. Banks given the amount of importance they have for us as a society are supposed to convey a great amount of trust and good image over all for people, I think since SCB has continued to defy laws and regulations for so long they have certainly lost a great deal of trust within the public’s eyes. 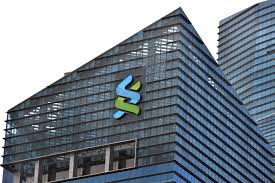 Kantianism is a way of people making rational decisions in a form of a good will. Looking at Standard Chartered bank from a Kantianism point of view it’s clear that SCB was acting in an unethical way. The reason being is because STB was not doing what was right for people, they were only looing after their self-interests and that was to make as much money as possible regardless of if it was legal or it hurt people. If you were to compare the decisions SCB has bad as a hole to Kantianism there decisions where not in the best interest in a form of good will. If you compare the U.S Justice Departments decisions to fine SCB with one of the largest fines ever imposed on a bank to Kantianism, I would say they acted in an ethical way because they sent a clear message to SCB as well as all other banks that are potentially doing the same thing as them that this type of behavior will not be tolerated.

Virtue theory is when you act rationally then you will do good things in life. They are 4 main virtues for this theory honesty, courage, self-control, and fairness. If a virtue theorist were looking at Standard Chartered Bank, they would see them s acting unethical. For the first virtue which is honesty SCB has not followed this they always claimed they were not working with these countries or laundering money for these types of people, but when financial records had been leaked, they proved SCB to have been lying. For the next virtue form virtue theory, it would be courage, SCB did not not show really much courage and stepping up to acknowledge what they had been doing they would always apologize but sort of make it seem like it was as serious as it was. The third virtue that is a part of virtue theory is self-control, SCB did not have any self-control regarding breaking the law because they have been fined multiple times over the years and continued to do what they got fined for. The last virtue of virtue theory would be fairness, Standard Chartered was not treating there stakeholders fairly because at the time they were not considering that drastic impact that these fines would have on the value of their stock.

After looking into Standard Chartered bank and doing some extensive research about their history and fines they have faced, I think a lot of this could have been avoidable because if the company had good ethics as a hole and didn’t only just care about making a profit none of this would have happened. Another thing I realized is that when banks are faced with fines they are usually already assuming they will be hit with one for doing what they have done, I think there is far too much grey area in banking laws and that should be addressed to help combat money laundering. I think that the Justice Department is moving in the right direction by increasing fines. 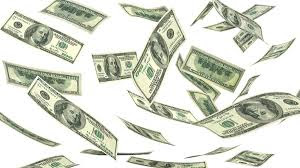 Standard Charted has released a statement after their most recent fines stating that “accepts full responsibility for the violations and control deficiencies”, adding that the “vast majority” of the alleged incidents took place before 2012. None of the breaches occurred after 2014, it added” I think this is the step in the right direction, but the bank also said stuff like this in the past after facing fines. I think if the bank replaced most of the upper management and started over fresh this would be a step in the right direction for the future so things like this do not keep happening.