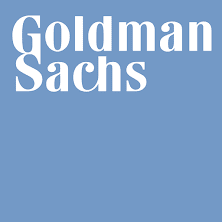 Goldman Sachs is one of the largest investment banks in world and is based out of New York City, which was founded in 1862. The company was faced with a lawsuit in October of 2020, the company was charged with violating United states bribery law with a southeast Asia country’s sovereign wealth fund. The case developed was form happening was a former prime minster of Malaysian Najib Razak was stealing from a state fund and taking the money and putting it in his private bank account. What was Goldman Sachs job throughout this whole thing was that the company was help arranging bonds for 1MDB which is the fund for Malaysia sovereign account and during this large sum of money was stolen during this time. 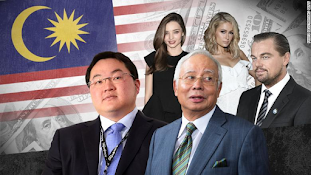 The case was that Goldman Sachs plead guilty in Malaysian bribery case and agreed to pay 2.9 Billion Dollars. The Malaysian Bribery case is That Goldman Sachs violated United states Bribery laws where a large sum of money was stolen from Malaysian Sovereign wealth fund called 1MDB. Golden Sachs was in charge of creating bond sales for the 1MDB fund and They underestimated them which allowed Jho Low who is Malaysian Financer to steal 4.8 billion dollars and put the funds into former prime minster Najib Razak's bank account. Goldman Sachs had arranged three large bonds offering in 2013 and 2012 which raised about $6.8 billion and the bank collect more than $600 million in fees. There were two former Goldman Sachs Bankers that have been accused of helped steal $4.8 billion. Although Goldman Sachs says that the charges are Misdirected. The two main people in the case the former Prime Minster Najib Razak was using the fund as a personal bank account and stealing the money. As well as Jho Low who was a Malaysian investor who was living a lavish lifestyle to purchase yacht and houses. The under lying problem throughout the whole case is greed which is never good in business. Although Goldman Sachs has already settled the case with the with the Malaysian government, they still have plentily to face by the United States Government.

A stakeholder is a party or person that has interested in a company that can either be affect or be affected by business. Also, the stakeholder would Jho Low since he was stealing the money from the 1MDB fund. As well as Former prime Minster Najib Razak since he was using the funds from the account for personality use. Lastly a stakeholder would be the whole country of Malaysia since they were taking money from tourist into the country which would effect the whole country.

Looking at this case from the individualism point of view where Milton Friedman said that company should maximize profits of the business for the investor and upper management of company but within the law of the land. In the case of Goldman Sachs, they were maximizing profits for the company which would follow Friedman theory but the main problem with this is that they were not flowing the laws in both the United states and Malaysia. Since They violated the US bribery laws what they have done would be considered unethical according to Friedman. The other theory inside of individualism is Milton and Machan’s idea which is having other goals decides trying to maximize profits although Friedman theory is very similar to Machan and Milton theory within this theory an example of this could be improve the image of the company. Goldman Sachs still didn’t follow this theory because in this case Goldman Sachs end goal was to make as much money as possible and didn’t care about there image and the companies image according to many people is ruined and many people would have a hard time to do business with Goldman Sachs again. So according to both Friedman and Milton and machan’s Theory the things Goldman Sachs is unethical.

The Utilitarianism theory it is ethical if it produces happiness to everyone who can feel it, Also Happiness and pleasure are the only intrinsic value.  In the case of Goldman Sachs I think they did maximize happiness for the management in the beginning since the company was making a lot of money from the 1MDB fund and also they were helping maximize the happiness for Najib Razak and Jho Low since they were able to make so much money. At the same time, I do not think that they were maximize the happiness for the people of Malaysia since they were taking money from the country. As soon as the lawsuits started, I do not think that anyone was happy anymore because everyone was facing time in jail and having to pay fines. So, at the of this Case no one had happiness at the end so according to Utilitarianism with What happened in this case would be unethical.

Kantianism in business ethics is that rational decisions need to be ethical, when making decisions in business you need to make sure it is not out of your self-interest. Which means you need to follow the standards and rules.  In the case of Goldman Sachs was working out of there self-interest because they were helping and taking money from the 1MDB. While doing this they were affecting the people of Malaysia because the 1MDB fund was raising money for the nation. As well as the former prime minister and Jho low actions were also unethical because they were also actioned out of there self interest and trying to make there lives lavish. I think that Goldman Sachs was not thinking rational because they saw the opportunity to make money and steal from the fund. According to Kantianism what Goldman Sachs did would be considered unethical.

The virtue theory consists of four things courage, honesty, temperance and justice. If a business follows these virtues, they would be ethical. Courage means The ability to stand for the right ideas, in Goldman Sachs case I do not think they represented the virtue of courage because they broke the US bribery Laws to make more money and that is not standing for the right idea. The next virtue is honesty Goldman Sachs, and the employee were not honesty about what was happening since in the beginning they said that these law suits were mis lead and not true but they later on this year they had plead guilty too the case. The third virtue was temperance which is when a business should have realistic goals or desires with this case I would say that the desire of Goldman Sachs was not realistic because they want to help have money get stolen from the 1MDB fund and take money for themselves and I would not think that is not a realistic desire or goal. The final virtue is justice which is Hard work and Fair practice although Goldman Sachs and the employees of the company worked hard, they did not follow fair practices since they did steal and break the law. According to the virtue theory in business ethics you would have to say that the actions they did were unethical.

I think that the Case against Goldman Sachs is remarkably interesting, but it could have been avoided the main underlying issue with this case is Greed both Goldman Sachs and Najib Razak wanted to make as much money as possible. Goldman Sachs had the option to not under estimate the bonds and could have been making money just doing the job they were hired to do but at the end of the day they wanted to make more money and chose to help Najib Razak steal billions of dollars from the 1MDB fund. With all this happening they affect the country of Malaysia and the people there without them even knowing what was going on until years later. In mind if Goldman Sachs did use or think about any of the ethical theory, they would have realized what they were doing was wrong, but they had to try and make as much profit as possible. Greed seems to be the underlying issue in many cases like this one but there has too be a change to the way people look at investment banking and principles the companies like these follows. At any time Najib Razak, Jho Low, and Goldman Sachs looked at what they were doing and took a step back I do not think they would be dealing with any lawsuit or jail time.  So, at the end of this I think companies like Goldman Sachs should take a step back and to forget about greed when doing business.

After the case of 1MDB Goldman Sachs Plead guilty this year in October and agreed to 3.9 Billion Dollars. Goldman Sachs whole plan is to get this matter behind them and to continue business as usually. Within the past couple years Goldman has been firing employee with connects to this case. After the settlement was reached the CEO said "Today's settlement is an important step towards putting the 1MDB matter behind us and will help enable the Malaysian government to move forward with additional recovery efforts and to execute on its economic priorities," said Goldman Sachs in an additional statement. Also, Goldman Sachs is taking a lot of steps forward to prevent something like this from happing again but enforcing new regulations within there company. Although This case is somewhat behind them, they still have work on improving there image so that other country will hire them for work. “we imposed additional conditions for sovereign-related financings, including requiring certifications from certain government bodies on the use of proceeds within six months of a transaction closing and subjecting these transactions to review by an independent team of bankers. In addition, we have created a Compliance Forensics Program that ensures forensic reviews focusing on people, places, events and processes that could present risk.  Related to this effort, we established an Insider Threat Program that leverages enhanced surveillance analytics to prevent and detect potentially harmful action by employees.”(David Solomon) This was a quote from the CEO after the settlement and describes the steps the company is taking to make sure this type of thing doesn’t happen again.

The case against Goldman Sachs is interesting but could have been avoided but the underlying problem was greed and Goldman Sachs did not have any regulations set in place to avoid this problem. If they thought about this situation ethically it would have never happened.

Posted by Patrick Hamilton at 1:17 PM