The Bank of New York Mellon was involved in accepting a number of suspicious transactions beginning in 2011. They appeared to use OneCoin which allowed for fraudulent transactions to be pushed through the bank. In 2017, they were flagged by the Financial Crimes Enforcement Network (FinCEN) for 325 separate SARs files that totaled $64 billion. Many of the stakeholders involved were mobsters, criminals, and terrorists. An individualist would not believe that the case is ethical. For it to be, it must maximize profit within the law, but the case violates several laws. On the other hand, a utilitarian could argue that it is good because it maximizes happiness in the greatest number of people involved. A kantian would disagree since the bank did not do what is morally right and acted in their own self interest in order to gain profit. In order for the bank to be ethical, they should have followed the law and reported the money laundering. Additionally, they should have looked into all the cases that were flagged.   Case Controversy

In February 2017, the Bank of New York Mellon was flagged for a number of suspicious transactions with the Financial Crimes Enforcement Network (FinCEN). They appeared to use a money laundering technique that hides the source of funds by sending multiple transactions. The bank had said that the transactions, which were worth a combined $137 million, came from entities linked to OneCoin. 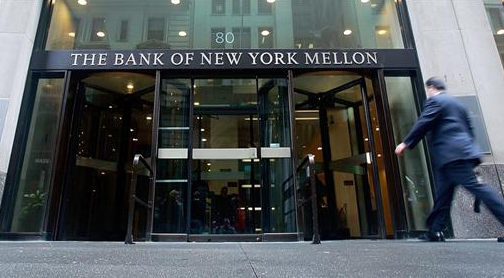 The Bank of New York Mellon

BNY Mellon underlined a total of $64 billion in 325 separate SARs filed with FinCEN, making it the second-most-frequent filer in the leaked documents (Baker 2020).

A lawsuit was filed in the Southern District of New York. Investors claimed that the Bank of New York Mellon processed several transactions to Mark Scott who was the lawyer that allegedly led the money laundering. Scott began making fraudulent transactions in August 2016. Despite the transfers involving OneCoin appearing to be  Ponzi/pyramid schemes, Bank of New York Mellon did not submit a Suspicious Activity Report. In February, BNY Mellon allegedly claimed that Scott had received wires from shell entities associated with OneCoin totaling approximately $137.6 million. In a separate incident report, the bank identified 275 wires, totaling approximately $222 million that were made by entities affiliated with OneCoin (Kaaru 2020). Bank of New York Mellon is accused of turning a blind eye to the highly suspicious transactions. One of the cases involved an Australian woman who sent more than $50,000 from her own organic skin care company to recipients that included two OneCoin companies. Another transaction was one worth $30 million from Fenero Equity and was wired across three continents, three countries and 3 banks. The money trail began in the British Virgin Islands. Fenero sent $30 million from its account at a Cayman Bank and then transferred to BNY Mellon in the United States. The payment said it is a “loan for CryptoReal” (Figueras 2020).

Stakeholders are the parties that have an interest in a company and either affect or are affected by the company.In most cases, they are the investors, employees, clients, and suppliers in the company. The stakeholders in this case include the Bank of New York Mellon workers who were involved in the schemes. It also includes clients who wired the OneCoin transactions. Another stakeholder is Ruja Ignatova, the founder of OneCoin. She claimed to have invented  OneCoin, and took in more than $4 billion from investors around the world. However, the currency was fake and the U.S. The Justice Department charged Ignatova with conspiracy to commit wire fraud, securities fraud and money laundering. Another stakeholder is Equity Investments LP who moved more than 30 million dollars . The beneficiary was Barta Holdings LTD, owned by Hui Chi Ming, a chinese businessman. Dmytro Firtash was also involved. He is a Ukranian man with ties to the Russian mob who pushed millions of dollars through Bank of New York Mellon and other banks. Firtash imported billions of dollars of natural gas from Ukraine to Russia at an incorrect low price. Oleg Deripaska was another key client in the case. The Bank of New York Mellon flagged sixteen transactions related to Deripaska and his companies between 2013 and 2015. A final key stakeholder is Ihor Kolomoisky, a powerful Ukraine oligarch and the co-founder and former owner of PrivatBank. From 2012 to 2017, The Bank of New York Mellon flagged over $263 million for companies owned by Kolomoisky (Tatone 2020).

Friedman’s individualism refers to maximizing profit within the law. Machan adds that the direct goal of profiting can be met by indirect goals and other goals may be prioritized. In the Bank of New York Mellon money laundering case, an individualist would not agree with the case since it does not follow the law. Many of the employees turned a blind eye and failed to report suspicious activity of dirty money passing through the bank. Much of this dirty money came from terrorist groups, people with mob ties, and other criminals. Ultimately, an individualist would see these actions as completely unethical as it fails to maximize profit within the law.

Utilitarianism refers to maximizing happiness in yourself and others. The ultimate goal in utilitarianism is to maximize the overall good or to produce the greatest good for the greatest number. If acts accomplish this then they are good, but if not, they are bad. Utilitarianism is a consequentialist ethics which means that good and bad acts are determined by their consequences. A utilitarian could argue that the New York Bank of Mellon case is good because they ultimately made a large number of people happy by accepting the fraudulent transactions. Accepting the transactions benefited the people sending the money because they were able to obtain large amounts of money to their businesses. Additionally, Ruja Ignatova, the creator of OneCoin was also able to profit $4 billion dollars in the scheme. The Bank New York of Mellon also was able to gain a lot of money to their bank as well. In the end, money laundering ended up benefitting many people in the end so they maximize happiness in a large number of people.

There are several principles that make up kantianism. Kantians believe that people should act rationally, allow and help people to make rational decisions, respect people, their autonomy, and individual needs and differences, and be motivated by good will. It also believes in the  formula of humanity which means that people should be treated as an ends and never a means. This means that people should not just be used as valuable in order to get something else, but instead, they should be seen as valuable themselves. Some motivations are out of self interest, character of sympathy, or because it is a duty or moral law. In the case of the Bank of New York Mellon money laundering, it was done out of self interest in order for the bank and businesses to gain fraudulent funds. A kantian would disagree with these actions and would view it as morally wrong. In this case, the bank was not motivated by good will but rather their own self interest to gain money. Additionally, they did not treat people as an end. They made their workers not report suspicious activity in order for their own gain. They put many jobs on the line and sacrificed them for a means of money. This would cause a kantian to view their actions as unethical.

The virtue theory emphasizes the rate of character and the virtue rather than one’s duty or acting in order to bring about good consequences. Virtues are characteristics that allow things to function properly. The four main virtues of the virtue theory are courage, honesty, justice, and temperance. Courage is strength in the face of pain, grief, or fear. Honestly is the quality of being truthful. Justice is just behavior or treatment. Lastly, temperance is self control. The Bank of New York Mellon failed to possess these virtues when they laundered the money. They were not truthful about the suspicious transactions that were coming in and they did not have the courage to speak out against the dirty money that was entering the bank.

I believe that the Bank of New York Mellon was unethical in their handling of receiving fraudulent transactions. The bank should have reported the suspicious activity when it occurred and should not have accepted money from mobsters, terrorists, and other criminals. The Bank of New York Mellon also should not have made it so the transactions were not flagged because this allowed those criminals to get away with their actions even further and not be held responsible for their consequences. The bank was motivated by money and their own self interest which is wrong. They should have done what was right and legal which would have been to not accept the transactions and report them when they were suspicious.

In order for the company to be ethical, they should have taken many different approaches to the situation than what they did. They should have reported the suspicious activity immediately rather than accepting the funds. It was their duty to look into the transactions in order to make sure that it was not dirty money. They also should not have made it so suspicious transactions were only flagged on MIS. If they allow them to be flagged on every platform, then more suspicious activity will get detected. The bank should be following the law in order to do what is ethically right. The company can remain profitable by accepting clients who are making ethical transactions. In order to continue gaining clients after the scandal, they could reduce their interest rates to appeal to new customers. By following those steps, the Bank of New York Mellon can be ethical and continue profiting.