Deutsche Bank having some money problems?

Deutsche was founded on March 10, 1870, in Berlin Germany. The reasoning for the bank back in the 1800s was its use as a helper in financing foreign trade and helping boost the promotion of German Exports. Deutsche Bank is a German multinational investment bank and financial services company headquartered in Frankfurt, Germany, and dual-listed on the New York Stock Exchange and the Frankfurt Stock Exchange. The bank spans from Europe, Asia, and the Americas spanning 70 countries. Deutsche Bank has over 2500 branches making it one of the largest in the world. Deutsche Bank is considered a universal bank meaning they provide a wide variety of comprehensive financial services, including those tailored to retail, commercial, and investment services.

Over the last few years, they have been in big trouble resulting in a lot of money being paid by the bank due to their criminal activities. These activities included money laundering and other illegal affairs.

Deutsche Bank has been caught laundering dirty money and they aren't doing much to stop it. The CEO of the bank Christian Sewing, is trying to flip the bank around by changing a lot of things Deutsche Bank acts like being caught isn't a big deal but for other companies it is. Deutsche keeps sweeping the allegations under the rug and pretending that nothing is happening when if they are found doing it again they could be shut down.” Deutsche kept profiting from powerful and dangerous players even after U.S. authorities fined these financial institutions for earlier failures to stem flows of dirty money.” (ICIJ) 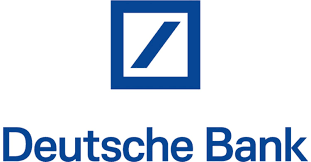 Deutsche has continued to wave payments that are not legal even though they promised the government that they would stop. Deutsche bank had over $1.3 trillion in transactions between 1999 and 2017 that were flagged by financial institutions’ internal compliance officers as possible money laundering or other criminal activities.

They take on these big clients and expect to get away with what they are doing. Deutsche had one ruthless client who would go to places and if he wasn't happy he would take care of it. “Ihor Kolomoisky, a Ukrainian billionaire who\was engaged in a massive laundering scheme that funneled cash into the American heartland. Deutsche Bank moved $240 million from December 2015 to May 2016 for a shell company registered in the British Virgin Islands that was controlled by Kolomoisky and a business partner. (ICIJ) The clients that Deutsche worked with were not nice people either and did not help their cases against the US prosecutors.

A stakeholder is an individual or group that has an interest in any decision or activity of an organization, the stakeholders in this would be themselves, employees, and the clients. The clients and employees are the most important part of keeping the bank moving. Deutsche has a lot of high-end clients including Jeffery Epstein the sex offender and president Donald Trump. Epstein was a trader with the bank up until 2019 when things didn't work out with both parties.

With the current pandemic, the employees aren't doing well. The bank is planning on removing more than 18,000 workers which would be a 20% blow in the number of workers at Deutsche. A lot of banks put a hold on the removal of employees due to the coronavirus and allowing those who need to work to make money, but now that things are starting to move again the Deutsche bank feels its time to get rid of the employees they don't need in efforts of their restructuring plans for the future.

The employees are being treated unethically and here's why.  In this case, it's been seen that the bank wants its employees to do these illegal things which from the outside makes the employees look bad. Another thing is it's a very hard time for a lot of people with the pandemic happening and the way the bank is treating those who will be out of a job in the future is making their lives harder as it will be very hard to find somewhere else to go.

Now with the releasing and firing of all these employees, the workload that was spread out evenly will be even greater with a smaller group of workers. It's a lose-lose situation for the employees with either being let go or you will have more work to now complete.

The first way to view Individualism according to Milton Friedman says that the only goal of business is to profit within the constraints of the law. Individualism is the focus on each employee as an individual with strengths and talents, over collectivism, or the focus on the company as a whole rather than on the members of that company.

When it comes to the Deutsche Bank, individualists would say that they followed the theory which was making money. The bank was moving money left and right and doing a good job at keeping it quiet. However, what was being done was wrong since it is against the law and an individualist wouldn't be happy with seeing them break the law the way they are.

Based on this statement you could say that employees, in the long run, will be most affected. With the Bank cutting jobs, many will be without one during these times with a pandemic going on.

The employees aren't happy. They are constantly breaking the law just to make sure that the bank is profiting and the others will take care of the problems that come up.

According to the Kantian business ethic theory, rational decisions need to be ethical. The

decision you make needs to be motivated by your duty and not self-interest. Being ethical

means pertaining to the rules or standards for right conduct or practice. A Kantian is someone who respects people, does the right thing, and acts rationally. The Deutsche banks didn't do any of that. The employees were not doing the right thing with its clients, the way they were hiding the money laundering and other criminal activities were not rational. In this case, a Kantian would not be happy with what the Deutsche bank was doing over the last few years.

and whether a person is virtuous or not.  There are 4 main virtues that include courage,

honesty, temperance, and justification. Everyone involved with the bank was the opposite of having the four virtues.

The opposite of virtues is vice and vice means being immoral. Examples of vices include dishonesty, greed, and selfishness. (Salazar, 22-23) The employees acted with greed fed to them by their bosses and the dishonesty that was told to the US when their cases were being looked at.

The bank wasn't honest with the authorities when dealing with money laundering. They kept a lot of things quiet and tried to get away with too much. The “justification” with the bank was just to keep doing what they were doing and pay the fines that they kept getting and as long as they had enough money to pay the fines then they could keep moving along.

The action plan based on what the bank CEO said is they are going to start fresh. They are removing any employees that had prior problems with the allegations of money laundering whether it was helping the banks or hurting the banks. However, with the history that the bank has, it will be really hard to start fresh with the number of situations that went on over the last few years.

If they want to move forward and make sure that these types of things don’t happen again they will have to have a much stricter policy, the clients that they would work with in the future should be checked before taking them in because if the checked on what Kolomoisky the billionaire was capable of then they might not want to work with him. The employees could and should be monitored and if something doesn't look right they should be held accountable. The object of the game is to make money and if they keep doing the things they are doing then they will eventually run out of their own money. A spokesperson for the Bank said they have enough money put aside for any other situations that come up, but if they lay down the new policies and stop the shady laundering stuff then they can keep that money in the long run.

Overall it's not a very good company to be with. They are still doing things they shouldn't and I wouldn't want to get in trouble for following the “rules” that the company will have in the future. It will only get worse with the history that this company has.

Posted by William Ferris at 8:12 PM