On July 15th and 16th Amazon had its annual Prime Day, a day dedicated to giving Amazon prime members access to deals on the Amazon store page. Prime day has been one of Amazons biggest sales dates, as they have done four billion in sales the previous prime day.
This year, activists and employees used the day to protest Amazon and bring attention to their causes. Although there were a multitude of reasons for the protesting, the primary reason for the protesting was due to the conditions that the fulfillment center workers are subjected to. Employees have attested that working at Amazon has caused them to develop physical maladies, and that the current environment that Amazon has fostered is a culture that forces employees to skip bathroom breaks so as to not be penalized by the oversight system, which is a computer algorithm that monitors employee’s performance. Aside from the consistently detrimental environment, the employees believe that the current pay system is unjust even with a recent pay raise to $15 hour, as it eliminated their ability to increase earnings with incentive-based earnings and stock options. 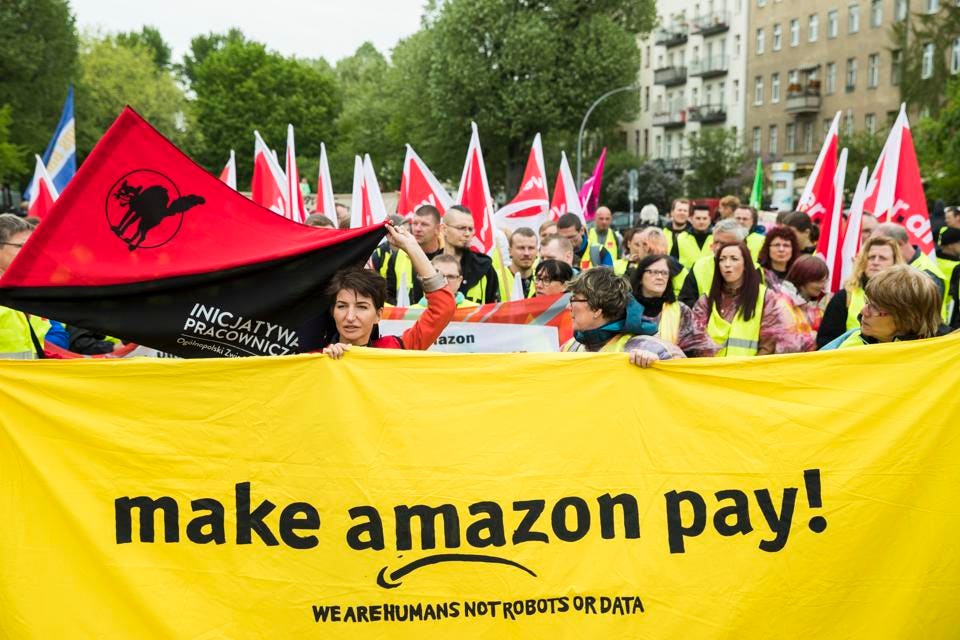 The stakeholders in this case is Amazon shareholders who benefit from Amazon reducing costs and increasing efficiency, employees subjected to the work environment, and the consumer who benefits from the reduced prices and quick service.
From an individualism perspective the actions of Amazon are permissible. As it stands, the actions have not been ruled illegal so therefore their actions are not unethical. They are simply attempting to reduce their labor costs, and provide efficient service to consumers which is a hallmark of the Amazon company.

A Utilitarianism standpoint would find that their actions are unethical because it results in the unhappiness of its employees. Utilitarianism is hedonistic, in the sense that it values the happiness of all stakeholders at the result of the action above all else. So, if the employees are unhappy than the actions cannot be ethical.
Kantism would view the actions of Amazon as unethical, as it treats is employees as a mere means to an end, rather than an end in themselves. Since Amazon sees is employees as something that can be monitored and, in a sense, programmed through its algorithm so they work to the standards that they require. This ideology means that the employee is a cog it its machine, and not important independently of what it can do for the company.
Virtue theory would determine that Amazon has acted unethically as well. Virtue theory looks at decision makers character instead of their actions, and Amazon through their actions have indicated that they have acted with poor character.  They have acted greedy, cowardly, deceitful and unj 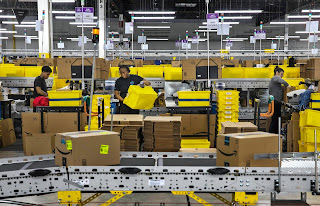 To rectify their unethical actions Amazon should institute better monitoring practices in their warehouses. This would involve loosening the strictness of their algorithms and also hiring safety monitors to the warehouses so that all harsh aspects of the work environment are alleviated. They also should reinstitute their incentive-based wages and stock options. Although this will affect their bottom line it will improve their relations with employees and consumers.


Weise, K. (2018, October 09). Why Some Amazon Workers Are Fuming About Their Raise. Retrieved from https://www.nytimes.com/2018/10/09/technology/amazon-workers-pay-raise.html

Posted by charlesejones at 5:45 PM