From 2014 to 2018, the Methodist Le Bonheur Healthcare has been suing patients for unpaid medical bills from past visits to the hospital, and they're suing them for far more money than they have. Studies show that the hospital has since filed upwards of 8,300 lawsuits and the vast majority of them to low-income patients of the area. On top of the suing, the hospital is also adding on interest and several types of fees on top of the already outstanding debt, making it almost impossible for these low-income patients to pay them off. The most famous case involves Mrs. Carrie Barrett, a woman who stayed at the hospital for two nights in 2007, racking up a $12,000 bill. After being released, she claimed the hospital never made it clear how much she owed and how she should pay it, until she heard from them in 2010. They informed her that they were suing her for her unpaid bills and with the interest and attorney fees, they were suing her for $33,000, almost double of what she makes in a year. Clearly, Le Bonheur has landed themselves in murky water as the community around them is mostly low-income people, so is suing these people the right answer? Different ethical theories each have an answer.

The Stakeholders in this situation are the employees of the hospital, including CEO & President Dr. Michael Ugueke, the collection agency that collects the money from people being sued, the courts that the cases are settled in, and the patients themselves that are getting sued. Dr. Ogueke is the main stakeholder because, after all, he has the final say on what happens with the hospital, so he knew exactly what was going on with the suing of these low-income people. Also, the patients are the ones who invested their time and trust into the hospital, only to be sued into the ground with bills they'll never be able to afford.

An individualist is someone who looks to strictly maximize business profits, as long its legal. This view on ethics comes from economist Milton Friedman, " “Friedman held that it is the aim and responsibility of businesses to maximize their profits” (Salazar, 17). According to this theory, Methodist Le Bonheur Healthcare did aim to maximize their profits, as did Dr. Ogueke. At the end of the day what they did was indeed legal, and it turned out to give them the most in profits that they could. Although what they did wasn't necessarily kind of them because the people they were suing were poor, they still did what they did inside the law and through the court system.

Under this ethical theory, what the hospital did was quite unethical. Utilitarians "Measure happiness as the only thing of value and they count happiness as pleasure and freedom from pain.” (Salazar 20). A Utilitarian would see a situation like this and think about all the other outcomes that could of played out, and then decide which one of those outcomes would secure maximum happiness for the parties involved. In this case, suing the less fortunate people of Memphis for almost double of their yearly salary is clearly not something that would guarantee happiness for everyone involved, it would only create happiness for the hospital as they were the ones making money. 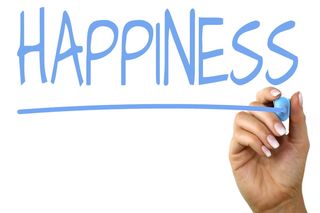 Kantianism is an ethical theory that believes in any situation that involves lying, cheating, manipulating or exploiting people for any reason is unethical. Kantians believe that people make good decisions based on "good will", and that it is synonymous will just having good intentions. For an act to be ethical under Kantianism, it must the Categorical Imperative test. If the action passes the test, it is deemed permissible and ethical, but if it fails, it is unethical. In this case with Methodist Le Bonheur Healthcare, they would have failed the Categorical Imperative test. They manipulated the people of Memphis and utterly exploited them for years on top years, and then they dropped a massive bill on top of them, knowing that they would never be able to pay it off.

The virtue theory assesses a persons character and the four main virtues; honesty, courage, temperance, and justice, or to "act so as to embody a variety of virtuous or good character traits and so as to avoid vicious or bad character traits" (Salazar, 17). They also believe in three detrimental virtues, which are dishonesty, greed, and selfishness. Again, the hospital would be found unethical in this case because they were dishonest with the patients about their debts, they were greedy to want to take the money from such impoverished people, and they were extremely selfish because these people barely have enough money to live their lives, and the hospital itself makes millions of dollars each year.

I believe that the Methodist Le Bonheur Healthcare unit acted unethically in this case, as the Utilitarian, Kantian, and the Virtue Theory explain. The hospital exploited the people of their own community, just so they could make even more money than they were already making. They knew the area they were working in, and they knew that dishing out $30,000+ lawsuits would be almost impossible for the people to pay, but they did it anyway. Since this report came out, starting this year in 2019, the hospital will (1) No longer pursue legal action against any patient making up to 250% of the federal poverty guideline — regardless of that patient’s insurance status, and (2) No longer accept court-ordered interest on medical debt nor collect court-allowed attorney fees and court costs from any patient. So, I guess over time they realized their unethical ways and they are starting to make a stride to recover their once-respected name.

Posted by MattNewton at 8:52 PM