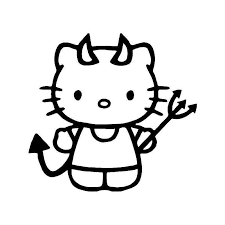 Ethics case Controversy
In 2017 European Union authorities launched their investigation on Sanrio’s illegal practices. In this investigation they discovered Sanrio has been breaking the European Union’s competition rules for 11 years. Sanrio required retailers that sell their licensed Hello Kitty merchandise to avoid selling them across the EU’s internal borders. Sanrio has the rights to characters such as Hello Kitty, My Melody, Chococat and Keroppi. This company had broken the rules through their terms set in licensing agreements. The company’s terms with these retailers didn’t allow them to sell licensed products in a different country. This caused consumers to not have many options for places to purchase Senrio’s products resulting in them not getting the best deals and potentially higher prices. This was against the EU authority’s antitrust rules. Sanrio was found guilty and were given a $7,000,000 fine for breaking the European Union’s competition rules. Sanrio had been very cooperative throughout the investigation and willingly took the punishment.

Stakeholders
The stakeholders for this case are all affected negatively from the actions of Sanrio. The main stakeholders are the retail companies in Europe that the terms with set with. As well as the consumers who were forced to buy higher priced Hello Kitty products.

Individualism
An individualistic view on this case would find Sanrio’s actions impermissible. Sanrio made the decision to create these terms for retailers in order to increase profits for themselves. If customers had little options for places to purchase their products, then they are more likely to buy it at a higher price than usual. Sanrio was hoping to please the owners of the company by doing what they did which is an individualistic action. But Sanrio was breaking the European Union’s competition rules by doing these things. This results in an individualist finding this case unethical because Sanrio has broken the rules and now are receiving a large fine for punishment.

Utilitarianism
Sanrio’s actions were made to help benefit only themselves as a company. The retailers that were restricted from selling their products over borders were affected by the terms set by Sanrio. Since the retailers couldn’t expand where they were selling the products, they could not make as many sales. Retailers were unable to change the language on the merchandise so that prevented consumers from purchasing their products. Consumers are also left unhappy from the terms that were set by Sanrio. The consumers were unable to find better deals from retailers beyond their borders. Consumers were forced to choose higher priced retailers due to the lack of options they had. In utilitarianism everyone must feel happy when decisions are made but there are many parties left unhappy due to Sanrio’s actions. Therefore utilitarians would find this case unethical.

Kantianism
Kantian theorist would find the actions from Sanrio unethical. This is due to the intentions they had before making their decision to create these illegal terms for retailers.  Sanrio knew before making the decision to set these rules that they would be the only ones benefiting. Sanrio’s actions were found to be morally wrong because of this. Sanrio’s motivation was to gain profit for themselves by forcing consumers to have to pay higher prices. Sanrio didn’t take into consideration of all parties that would be affected by having sales in respected borders only. Sanrio’s actions go against the kantian theory due to their motivation for their actions. Sanrio was only looking to benefit for themselves and they created inconveniences for the consumers and retailers. Therefore, Sanrio’s illegal terms set for the retailers is found to be unethical by the kantian theory.

Virtue Theory
Sanrio had done a poor job of helping others succeed by denying sales across borders and their unwillingness to change the language on their product. The Sanrio company only looked to help themselves and not others. This is found unethical by the virtue theory. Although Sanrio had done this, they made up for it when they were being investigated. Sanrio was fully cooperative when the European Union went undergo with the investigation. Sanrio had come to terms that what they were doing was morally wrong, so they took full responsibility for their actions. Sanrio cooperated so well with authorities that the fine they received was reduced over a million dollars. Their willingness to comply with the European Union showed that they have good character despite the actions they have made. The virtue theory would find the Sanrio unethical to the terms they set, but their response to the investigation would be considered ethical due to their cooperativeness and understanding that what they had done was wrong.
Justificatied Ethics Evaluation
After evaluating this case I have found Sanrio's actions to be impermissible. Sanrio had gone against the competition rules by setting the illegal terms with the retailers. After examining the terms set I came to the conclusion that it was unfair for the consumers and the retailers. The retailers were unable to gain more profit because they were unable to sell across borders. This also affected the consumers because they were unable to purchase cheaper options beyond the border they live in. In conclusion, Sanrio's decisions made in this case were entirely unethical because they had broken the law and they didn't consider other parties involved. 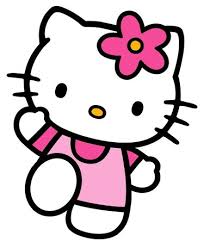