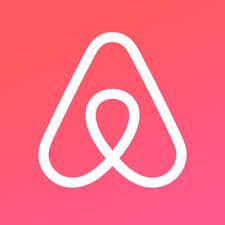 Airbnb is an online marketplace which lets people rent out their rooms or properties to guests. Participants are expected to abide by the Airbnb policies, but in some instances, there have been accusations of violations. For example, people of color have charged that it is more difficult for them to secure a rental than their white counterparts. This charge has been backed up by a Harvard Business School study that showed there was a pattern of discrimination against guests who had names that suggested they might be black (Glusac). Airbnb also has guests post pictures of themselves which helps make it easy for people to discriminate. Though Airbnb is not directly discriminating against guests, it is responsible for creating a platform that allows for this. Airbnb has taken steps to correct the situation by implementing a nondiscrimination policy and nondiscrimination training. It has not, however, gotten rid of pictures or names in guest's profiles. In this analysis we will determine those who are affected by this issue as well as the merits of the actions of Airbnb and its property owners based on four ethical perspectives.


Robert Phillips, author of Stakeholder Theory and Organizational Ethics, defines stakeholders as those groups from whom the organization has voluntarily accepted benefits, and to whom the organization has therefore incurred obligations of fairness. The question of fairness to stakeholders is an issue in the Airbnb case because some stakeholders have opposing views about their experience and want opposing outcomes. Airbnb is in a difficult spot because they are trying to balance the demands of all stakeholders because they need both renters and property owners to be happy to make their business work efficiently. According to Robert Phillips, stakeholders of a business do not need to be treated equally. Instead, voice in decision-making and share of organizational outcomes should be based on contribution to the organization. The more a stakeholder group contributes to the organization, the greater their voice. One could argue that the renters contribute more to the bottom line of the company and therefore property owners that refuse to abide by the non-discrimination agreement developed by Airbnb do not have to be considered on an equal basis, but the business clearly needs a large base of rentable properties to operate efficiently and grow. Airbnb cannot afford to ignore the controversy and simply claim it just provides a platform for the exchange of goods and services. They really have no choice but to engage with all stakeholders on a sensitive issue that has broad implications to our society and deal with the ongoing discrimination and prejudice.
Individualism
Individualism considers personal benefit to be the most important element when making a decision (Mack). In business, this can be a way to motivate individuals to perform their best, which will in turn benefit the company. The welfare of company is the primary concern, not the welfare of the public. According to this theory, the only purpose of a business is to make the largest profit as possible, while staying within the law. Concern for the public good is considered to be the jurisdiction of lawmakers. They are responsible for making the laws that protect the rights of people and enforcing the “common good”. Individualism theory supports the idea that Airbnb is not responsible for the actions of the property owners, nor are the property owners obligated to change their behavior. This is because Airbnb is simply a way to connect property owners and people who are looking for a place to rent and the only thing the company is responsible for is creating the most efficient marketplace for this business exchange. The private properties listed on Airbnb are not open to the public and therefore they are not subject to the same laws that public housing must abide by. The owners of these private homes have a right to choose who is allowed in them and the vast majority of these property owners are not violating any laws, such as the Fair Housing Act, which prohibits discrimination in the sale or rental of dwellings based on race, religion, sex and other superficial characteristics (MetaFilter).  As long as they are staying within the boundaries of the law, there is no requirement to change their behavior. Also, there is no policy that can fix biases people may have when deciding who they are allowing into their home.


According to an article entitled “Common Good” published by the Markulla Center for Applied Ethics, our historical traditions place a high value on individual freedom, on personal rights, and on allowing each person to "do her own thing". In this individualistic culture it is difficult, perhaps impossible, to convince people that they should sacrifice some of their freedom, some of their personal goals, and some of their self-interest, for the sake of the "common good". This historical background makes it easy for Airbnb to take a stance that favors individualism. This perspective applies to both the individual property owners who want control over who they rent to and the company itself that wants to prioritize profits and leave the “common good” up to someone else to enforce or comply with on a voluntary basis.
Utilitarianism
Utilitarianism, an ethical theory that came about in the 1800’s holds that the best course of action is the one that that maximizes happiness and does the greatest good for the greatest number of people. The founders of utilitarianism are considered to be Jeremy Bentham and John Stewart Mill. Whether or not a decision is ethical is a calculation of the good and bad consequences (Anderson). From a utilitarian perspective, the discriminatory actions of the Airbnb property owners are impermissible because they do not maximize happiness. While only some of the property owners participated in the discrimination, their actions as stakeholders have widespread consequences on other stakeholders of the company. Utilitarianism demands that decisions must be based on overall consequences and therefore the property owners who practiced in the discrimination are unjust. They are negatively impacting minority renters and they are not considering the effect of their actions on the broader society. Discriminating against renters based on superficial attributes such as name or race is unethical and creates an unequal opportunity for some people. That further divides our society and perpetuates negative feelings and stereotypes among various groups of people. None of this is helpful to making our society more cohesive or increasing happiness.


Airbnb is in a difficult situation because they are trying to balance the needs and preferences of different stakeholders who want opposite things. Property owners want to retain control over their properties and renters of all backgrounds want to feel like they have been treated in a non-discriminatory way. While Airbnb has acted ethically and taken steps to increase the overall happiness and satisfaction with the experience of stakeholders and reduce discriminatory acts, they may not be able to fully satisfy all stakeholders because personal prejudices will always exist on some level.
Kantianism
Kantianism is an ethical theory developed by Immanuel Kant that seeks to guide behavior based on strong moral standards. “Don’t lie, cheat manipulate or harm others to get your way. Rather, use informed and rational consent from all parties” (Salazar 21). According to Kant’s formula of humanity, all people need to be treated with respect and not as mere means to an end. This is based on the idea that humans are free rational beings capable of rational behavior and should not be used purely for the enjoyment or happiness of others (Sirotkin). Kantianism requires that we look at the intentions of a particular action, rather than merely the result. In this case, some of the property owners were discriminating based on race, religion, and other superficial characteristics that have no legitimate impact on the quality of a guest. In other words, the properties owners are not acting rationally and are disrespecting potential guests and are therefore in violation of Kantian ethics. One could argue that Airbnb itself has also violated Kantian ethics because of their profile picture policy; however, the website has reasons behind the pictures such as ID verification and has not made any attempt to mislead anyone before or after the discovery of this controversy. Airbnb did not use the profile pictures to discriminate and once it realized others were, it stated its position on the issue and took steps to correct it and educate users by creating an anti-discrimination policy. It was not the intention of Airbnb to discriminate against potential renters, in fact to do so could harm the company. It did make an effort to gain rational consent from all parties by implementing user agreements and options that would respect the points of view of both property owners and renters. From this perspective, they were acting ethically, even if some of their stakeholders were not and some of their actions fell short of bringing about a fully satisfactory resolution.
Virtue Theory
Virtue theory originated with the Greek philosopher, Aristotle. Like Kantianism, virtue theory emphasizes the idea of justice along with other positive traits such as courage, honesty, fairness and many more. These traits that help a person flourish are called virtues, while those traits that inhibit flourishing are called vices (Salazar). A practitioner of virtue ethics tries to act to embody certain virtues such as honesty or courage, while avoiding vices such as dishonesty or cowardice (Thompson). The individual property owners who practiced discrimination were not acting in accordance with the virtues theory, but they only represent one group of stakeholders in the Airbnb case. One might argue that Airbnb created the platform that allowed for the discrimination to occur, but it was not their intention to aid or promote discrimination. They simply set out to connect buyers and sellers in a marketplace. Their decision to recognize the problem, take a stand against the discrimination and take steps to rectify the situation shows their beliefs in the virtues of fairness, honesty, and justice. Airbnb’s actions show that it is attempting to get along better with society and promote growth, therefore its actions are ethically permissible and in keeping with virtues ethics. Of course, some might argue that Airbnb should have gone father to bring about a better result, but virtues theory is more concerned with the actions taken more than the result. A review of its web site, www.airbnb.com shows its commitment to inclusion and respect as a response to the discrimination controversy. They spell out in clear, thoughtful language their stance on respect and inclusion and the culture they want to promote as a company. They state that they believe the “Airbnb community can promote empathy and understanding across all cultures”. They also spell our specific do’s and don’ts to guide the behavior of the users of their platform to support the culture they are trying to grow. From this perspective, they have acted in accordance with virtue ethics, even if the results have been less than perfect.

Glusac, Elaine. “As Airbnb Grows, So Do Claims of Discrimination.” The New York Times, The New YorkTimes, 21 June 2016, www.nytimes.com/2016/06/26/travel/airbnb-discrimination-   lawsuit.html.