The University of Arizona was founded in 1885. UA was the first university in Arizona territory. With a campus size of 392 acres the University is located in the city. As of today, UA currently has 34,072 students enrolled. AS of 2016 1.8 percent of UA's students were varsity athletes. These athletes compete in NCAA Division 1 FBS. They compete in the PAC -12 conference that is regarded as one of the power five conferences of college athletics. UA joined the PAC-8 in 1978 which since then has added four teams making it the PAC-12. In regard to college athletics UA competes at one of the highest levels. UA's athletics have produced 18 NCAA National championships over seven different sports. Including a basketball National championship in 1997.  With a official fight song, Fight! Wildcats! Fight!, also known as Bear Down, Arizona! because the University's slogan is Bear Down.

This specific case refers to the basketball team of University of Arizona. With this case UA is said to have violated the NCCA's amateurism rule. This rules states that you are no longer an amateur if you sign a contract with a professional team, play with professionals, participate in tryouts or practices with a professional team, accept payments or preferential benefits for playing sports, accept prize money above your expenses, accept benefits from an agent or prospective agent, agree to be represented by an agent, delay your full-time college enrollment to play in organized sports competitions. The part of the rule that is believed to have been violated is a a player accepted money to play for the University. The initial report of this controversy came from ESPN in February of 2018. A conversation between UA basketball head coach Sean Miller and sports agent Christian Dawkins was recorded on FBI wiretap. During this conversation the payment of $100,000 for number one high school recruit Deandre Ayton to attend the University of Arizona. This began an investigation of many other Universities. These universities include USC, Oklahoma State, Auburn and Louisville. This type of recruitment is not new and does not only happen in basketball and is not always just money involved. Things like this have been reported in football with cars and even home for the players families. That also spans to the 1980s. Professional basketball player Lebron James commented on the incident saying " the NCAA system is corrupt and kids getting paid is nothing new under the sun." The knowledge of this going on is no secret. This specific case just adds to the countless amount of bribing these players to play for certain teams. Each year a top recruits goes to a low rated school even though top rated schools also tried to recruit these kids. Deandre Ayton is a perfect example of this. Deandre was rated number one of all high school recruits with over 20 offers to play Division 1 basketball but he chose an average Arizona program that has not won since 1997. That is not enough evidence for the NCAA to investigate so this goes on a lot. The reason for kids taking these bribes are simple especially in football and basketball. These are the sports that bring in all the revenue for college sports, every other sport is non profit and you do not have to pay to attend the events unless it is the playoffs. For example one of the most prominent college football programs Alabama reported 103.0 million dollars of revenue for 2016 with a 47 million dollar profit. The players are one of the biggest reasons for this revenue including jersey sells and ticket sells yet they do not benefit from any of this money they are not allowed too be paid for playing. With the amount of time put into practice and every thing else that comes with playing college sports athletes do not have time to get a job even in the off season. So college athletes seek any form of payment available.

Stakeholders
Stakeholders are anyone who has any interest or concern in a business or company. In the University of Arizona's case the stakeholders are the faculty and administration, the students, fans of the sports, the coaching staff and the athletic department. All of these people care for how the team does and hopes for the best for the team. When it comes to the coaching staff and the athletic department their jobs are dependent on how the sports teams do. So they are doing everything they can to make sure the team does the best it can. 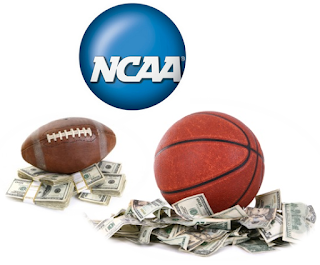 Individualism
According to individualism, any given company is looking to maximize profits for its not only for the company but also everyone invested in the company. The company also has to stay within the law as well as rules and regulations. The way UA was hoping to maximize their profits were clearly becoming a winning team by giving themselves a competitive advantage. Adding the number one rated player to their team will help them win games and be more attractive to fans because fans always want to see their team win games. In the terms of staying within the law and follow the rules UA violated NCAA rules and this rule is the one that gives out the most penalty and is the most debated topic within the NCAA. Teams violating this rule led the NCAA to get the FBI involved. When the investigation is over punishments can range from firings, suspensions, stripped scholarships and vacated victories.

Utilitarianism
According to utilitarianism actions are deemed ethical if it promotes absolute happiness. Happiness is the one thing that has intrinsic value. UA made their fans happy by bringing in a player of Deandre's caliber to add more wins to their season and make their games fun to watch. At first the coaching staff was happy to be able to coach a player of Deandre's caliber until the investigation started and the head coach Sean Miller was forced to stop coaching for a while. Also Deandre is not happy anymore. When he received the money he had to be happy but now his name is being dragged through the mud. Which drove his happiness away.

Kantianism
In the eyes of kantianism people should not be treated as a mere means to an end and people should be treated with respect. UA a failed this. They also did not follow the formula of humanity. UA did not follow this formula they broke the rules for their personal gain. They performed a wrong for the wrong reason to have a foot over their opponents. UA thought they would be able to bypass the rules and that they would not come back to them as if they would not get caught. This is disrespectful to the NCAA that put countless hours into making these rules. Once again they tried to give themselves an advantage over the other Division 1 programs.

Virtue Theory
Their are four virtue characteristics. These characteristics are courage, honesty, justice/fairness and temperance. The company must have courage for the right reasons, be honest in the right way, get along with people in society and not go over board. UA was not courageous for the right reasons all they thought about was themselves and how they could benefit from Deandre being a member of their team. They were not honest with the NCAA or even Deandre. They were not fair either, not fair to Deandre and his family and not fair to other teams they play. They went over board by paying 100,000 dollars to a high school student to ensure his commitment.