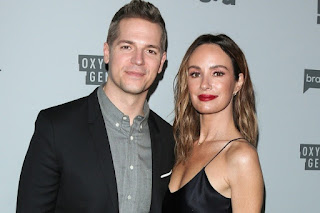 The gender pay gap is an issue that has affected America since women have entered the workforce, dating to the end of World War II. One particular case that pinpoints the severity of this issue, and demonstrates its prominence in society today is the departing of E! News host Catt Sadler. After learning from a friend executive that the company was paying co-host Jason Kennedy more than double her salary, Sadler demanded she be paid comparably (Times). The company refused, leaving Sadler with the only option, leaving her dream job of twelve years.

According to Catt’s statement on her website, both she and Kennedy started working at E! the very same year, both with very similar roles on the show which include co-hosting “E! News” (Times). Sadler’s roles over the twelve years, according to the Chicago Tribune included host for “The Daily 10,” “Daily Pop,” “E! News,” and “Live From the Red Carpet Shows.” For several years, Kennedy had been receiving double the salary of Sadler, and the massive disparity in pay along with the denied request to increase Sadler’s salary are what led her to quit and move on from what she describes as her dream job (Tribune). 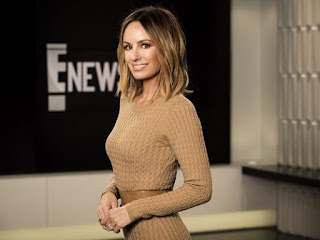 Overall, in this situation Catt Sadler had gone years without knowing she was severely underpaid for doing the same exact job as her male co-host. According to DesJardins Introduction to Business Ethics, legally E! News is violating the Equal Pay Act which requires that men and women in the same workplace be given equal pay for equal work. Due to the fact that Catt and Jason both held similar roles, and were hired in the same year narrows in on this controversial topic and brings up the ethical issue of gender pay inequality and discrimination of women in the workplace.

A stakeholder is an independent party directly affected by the actions of a business. The stakeholders involved in this controversy are unique considering that the company is part of the entertainment industry. This being said, the main stakeholders include employees of E! News, additional hosts, viewers, writers, directors, producers and Catt Sadler herself. Due to the fact that salaries are not public knowledge this left all employees in the dark on the fact that Catt was being paid half of what her co-host was making, as was the rest of the public. This also brings up the issue of other female hosts and their salaries. In the future E! News will face issues in regards to hiring female hosts and employees in general because of their bad reputation. 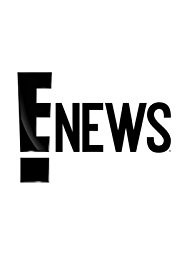 Friedman’s Individuals, also referred to as the Economic Theory states that “business actions should maximize profits for the owners of the business, but do so within the law.” Looking at this case an Individualist would not see it as ethical, considering it violates the Equal Pay Act. Although E! News was maximizing profits by underpaying Sadler they were not abiding by the Equal Pay Act which states that men and women in the same workplace be given equal pay for equal work. Sadler and her co-host Jason Kennedy were both doing the similar work and she was being severely underpaid, by half, therefore breaking the law. Although E! News was profiting, Individualist would find it unethical.

The theory originated by Immanuel Kant, states that “one should always act in ways that respect and honor individuals and their choices.” It goes against Kantians to lie, cheat, manipulate or harm others to get your way, rather one should use informed and rational consent from all parties. As viewed by a Kantian, the way E! News treated Catt Sadler, specifically after she approached them during her negotiation to receive better pay. This in no way respected Sadler’s choice, a valued opinion of Kantians. In addition it is obvious that E! News was manipulating and cheating Sadler out of equal pay, therefore they would find this case unethical.

Utilitarians take the approach of the stakeholder and strive to accomplish making all parties involved satisfied. The primary values include happiness of all conscious beings. In this case not all parties involved, which would include E! News and Catt Sadler were satisfied. Sadler obviously not content with her salary, therefore Utilitarians would agree that the company was acting unethical. E! News was only focusing on themselves and disregarding the fact that Sadler was not being treated equally or fairly by any means.

The Virtue Theory, developed by Greek philosopher, Aristotle was developed in order to know whether a person is fulfilling their full potential and purpose in addition to knowing their purpose and potential. This theory focuses on four characteristics, courage, honesty, temperance and justice. Had any of these four characteristic been implemented by E! News when handling the situation with Sadler they would have demonstrated this theory, but because they do not they fail to do so. The news outlet fails to possess courage by not respecting Sadler’s request for a raise. There is no honesty in the fact that for several years the host was underpaid. And in the end Sadler, being forced to quit due to unfair circumstances is left with no job, unjust on the part of E! News. Therefore the Virtue Theory has not been followed.