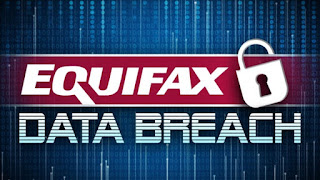 Equifax is one of the the three largest credit agencies in America, which is responsible for calculating the credit scores of individuals. A company with such a great level of responsibility and information of the United States population makes it a high level target for hackers intending to steal personal data. The risk of individuals information falling to the wrong hands is incredibly dangerous as people can lose their identity and lives work if proper precautions are not met and taken seriously. In the case of Equifax a data breach occurred releasing the information of 147.9 million Americans to hackers intending to take advantage. Vital information such as social security numbers, personal information and credit card numbers were all put at risk and possibly stolen. While the data breach is a dangerous issue that should be avoided in itself, the true scandal aspect of the case was done by top level executives in the company.
The data breach occurred at some point in June 2017, but the company did not release a public statement until September 7th 2017. Top executives delayed the public announcement in hopes to sustain their own personal wealth instead of aiding the public in protecting their personal information. Chief Financial Officer John Gamble, Information Solutions President Joseph Loughran and Workforce Solutions President Rodolfo Ploder each utilizes the delay in announcement to remove all investments owned in the Equifax Company. Over 1.8 milli on dollars worth of stocks were sold within the span of two months following the data breach, prior to the public having any knowledge of the data breach. These raise concerns of  insider trading causing investigation from The Department of Justice who has opened a criminal investigation. According to the SEC, Jun Ying the Chief Information Officer of Equifax was charged with insider trading following his financial benefit and betrayal of shareholders. Jun avoided a personal $117,000 loss by selling $1 million in stocks when the stock price tanked post announcement. He is the first of many top level executives to receive charges as investigations continue to release information.

In the eyes of an individualistic, it is the responsibility of the business to withhold an ethical standard while attempting to return profits for all shareholders. The greed of making a profit often results in unethical actions and law breaking activities. In the case of Equifax, the actions of top executives define what it means to act unethical and greedy in search for personal gain and profit. 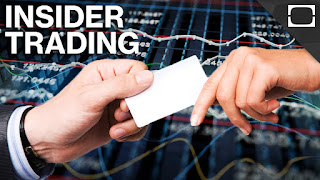 The actions of said executives were made in sight to benefit oneself instead of acting in an ethical manner of benefiting all stakeholders in the case. While the executives did attempt to made a financial gain during a time of economic demise, their actions broke the law of insider trading and unethically put millions of people at risk for their own personal gain. The law of insider trading is "the trading of a company's stocks or other securities by individuals with access to confidential or non-public information about the company." For the case of Equifax, Jun Ying Chief Information Office was indicted for insider trading as investigation found he withheld knowledge of the data breach and acted upon the information by selling $1 million in stocks. This may very well be the case for a number of other high level executives as investigations continue to take place. The actions of these executives can also be identified as unethical because it took nearly two months to release a public statement regarding the data breach. They failed to protect customers for an extended period of time because of their own search for personal gain.

From a utilitarian perspective, the case would decided based on the overall happiness of stakeholder involved. The primary stakeholders include the Equifax company, top executives in the company, and the millions of Americans affected by the scandal. The Equifax company is in an obvious state of unhappiness following the data breach and scandal. The company's reputation is currently tarnished, each employee is undergoing a very extensive investigation and the value of the company has dropped substantially since the press release. Equifax has suffered great losses since the breach and must steadily recover to reach a level of happiness. For customers impacted, there are high levels of unhappiness. Millions of people were put at risk for over a two month span without any way of knowing or defending themselves. The unhappiness will only continue to grow as lingering affects of stolen information continues to impact customers. Diminished credit score, identity fraud and a sense of insecurity will continue to create unhappiness among customers. The final stakeholder impacted are the top executives. Executives may have difference of opinion for the matter because it comes down to a personal preference whether unhappy or not. Considering the positives and negatives for the situation, each executive greatly profited and avoided tremendous losses by breaking the laws and cheating other stakeholders, which is a positive gain. On the contrary, their unethical actions resulted in serious indictments and investigations that can possibly result in prison time. While clear happiness levels cannot be identified, each executive has personal values that impact happiness. It is possible for an executive to be unhappy for prison time and damaged reputation, but the thought of increasing one's wealth by a substantial amount may be value enough to out weigh whatever punishment may be upcoming. To some people, money is worth much more than it is to others.

The idea of Kantianism is based from core values and minimum morality. The actions of Equifax would be justified as morally wrong because their is no positive ethical reason for holding back vital public information because the public is certain to eventually find out about the breach and the attempted cover up of the data breach. The result of Equifax actions probably resulted in more damage than just the data breach alone would have. No matter what action was performed Equifax would still suffer from the affects of the data breach, therefore covering the issue up for two months and selling shares of stock are unethical actions that should not have been performed by the companies top executives.

Virtue Theory incorporate the core concepts of courage, honest, temperance and justice to form an ethical standpoint of the actions performed by a company. In the case of Equifax, the company can be identified as unethically for breaking the honesty concept associated with virtue theory. The data breach was a mistake on the part of Equifax and they must take responsibility for their mistake. Instead, they kept information from the public attempting to cover up the issue which is a very dishonest approach to the situation. Millions of Americans suffered from the unethical actions of a dishonest company towards the public.