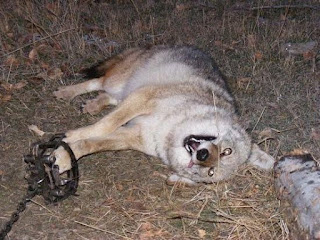 Animal Cruelty over the years has become increasingly more important. It has become more of a problem and has gained much more attention than it used to. Canada Goose, one of the most popular winter-wear companies, has been in the hot seat because of this topic for a few years now. Much controversy has arisen from the aggressive and unethical tactics that Canada Goose uses to capture and kill coyotes, ducks, and other animals. Many people nation-wide are starting to see the harsh conditions that Canada Goose puts animals through just for their fur. For people who do not know, the capturing and trapping of animals can be and usually is a very gruesome process. Canada Goose, for example starts off the capturing cycle by hiding steel leg clamps, head and body gripping traps, and neck snares in the wilderness in hopes to capture coyotes to use their skin as fur. After these animals are captured, they spend days suffering and sometimes even attempt to chew off limbs in order to escape from these traps. Being stuck out alone causes blood loss, shock, dehydration, or possibly attacks from others predators. If the trap or these issues like blood loss, shock, and dehydration, does not kill the animal, trappers will shoot or strangle them until dead. Although capturing coyotes is the only intent of the company, these vicious traps tend to capture other animals as well including dogs, cats, birds, and other animals. Once the coyote is dead, trappers skin them and discard their naked bodies. Trappers are left with the animal skin, and that animal skin will soon be sewn onto the hood of a Canada Goose jacket.
Canada Goose jackets are products of cruelty, and it’s not just coyotes who are killed for profit. The company also uses skin and feathers from ducks and geese whose throats are cut and whose bodies are dumped into scalding-hot water, to be used as down. The company has also been accused of false advertising how they get their fur, saying that they kill animals in a “safe and harmless” way. On the Canada Goose website, they describe killing coyotes for fur as humane, ethical, and responsible. They even brag about how Canada is a world-wide leader in humane animal trapping. People are getting upset seeing these animals, who have no intent of harming us, being harmed. People want rule and policy changes that will prevent this company from murdering these wild animals. Canada Goose is not killing animals just to kill them, but instead because that is where they will get the best material possible for their product. Why do they need such real material? Because it allows them to sell their jackets for a ridiculously high price. 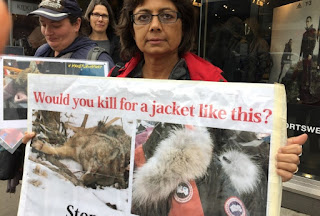 There are multiple stakeholders affected in this situation. First being the stockholders of the company. With negative accusations being made against the company for animal cruelty the company stock price could drop. The second group of stakeholders that are affected are customers. They are being affected in two ways. Customers who own a Canada Goose coat are reflecting a poor self image to some people just by wearing the coat and are getting criticized saying they support animal cruelty. The other group of stakeholders who are affected by this are all employees from Top company executives to rookie salesman and saleswomen. A lot of people do not like the way they do business and they give out poor word-to-mouth advertisements about the company and their staff because of it.

Individualism
Individualism focuses on one main target; Profits. One must do all that they can possibly do to increase profits of the company and every stakeholder involved. However, the methods in which they achieve higher profits must be within legal boundaries. Hunting and trapping animals for the fur is in a lot of ways unethical, but it is not illegal. Since using the original fur allows Canada Goose to sell their jackets at extremely high prices, an individualist would approve of how this company does their business.

Utilitarianism
Utilitarianism values bringing happiness and pleasure to all beings capable of feeling it. Unlike an individualist, A utilitarianist would change their way of business if it meant more happiness and pleasure to all, even if this change hurt their sales and profit numbers. They would not kill a living thing just for the comfort of a big, fancy jacket. Based on the growth of attention that this issue is getting, we can assume that someone, somewhere feels displeasure and sadness from the hunting and trapping of animals. Someone who truly values ethics would not approve of a company profiting off fur that comes from hunting, trapping, and killing wild animals. That being said, a Utilitarianist would not approve of doing business and making money the way that Canada Goose does. 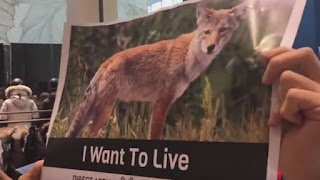 The main goal of Kantianism is to act rationally and by good will. One should not consider themselves exempt from any rules, they should allow and even help people make rational decisions, and they should respect people, their individual needs, and differences. Most importantly, a Kantianism is motivated by goodwill and will seek to do what is right, not because it benefits them, but simply because it is the right thing to do. Therefore, someone who values Kantianism would not approve of this style of business. Killing wild animals and using them for profits is not acting by goodwill. Unless it is constantly causing harm to humans, or even other animals, killing a living, breathing, animal is in no way the right thing to do. Killing these wolves is not a crime, but that does not mean it is okay and for that reason, A believer in Kantianism would not approve of how Canada Goose obtains their fur.

Virtue Theory
To be considered ethical under the virtue theory a person must act to embody good character traits and avoid bad ones. The virtue theory breaks down a business into four different categories: courage, honesty, temperance, and justice. Canada Goose violates the courage virtue by trapping innocent animals and using them for sales. People can argue that the way Canada Goose entices buyers does not break the justice virtue because what they are doing is considered legal. They are not only trapping they targeted prey though, these traps also catch animals like dogs, cats, or whatever animal may be unfortunate enough to walk upon them and that most certainly breaks the virtue of justice. Whether or not the company breaks the virtue of temperance is also up for debate, however, one can question whether or not killing an innocent animal for company and personal profits is considered self-control.

Feldberg, I. (2016, April 22). Fans of popular down jacket are facing a real fur problem - The
Boston Globe. Retrieved March 02, 2018, from
https://www.bostonglobe.com/lifestyle/style/2016/04/21/fans-popular-down-jacket-are-facing-real-fur-problem/ArIWgfbWid0xRfz7wLFY0K/story.html

P. (n.d.). Step by Step, This Is How Canada Goose Kills Coyotes for Jackets. Retrieved March
02, 2018, from https://www.peta.org/features/coyotes-killed-for-canada-goose/