Anheuser-Busch Fan Can gets “Canned” by Universities (2009)

Based on a paper by Nicky Donovan 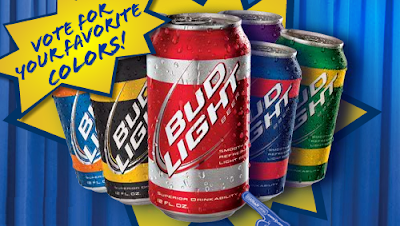 Anheuser-Busch and Bud Light have always been known for their catchy advertising campaigns and commercials. Anheuser-Busch spent $234 million dollars on promoting Bud Light in 2008 and in the summer of 2009 Anheuser-Busch was back at it, with the release of their brand new “Fan Cans”. The newest marketing scheme for the beer company targeted the school colors of 27 Division-I Universities and Colleges across the country. These cans were produced to show school spirit and pride for the upcoming 2009 football season. Anheuser-Busch picked not only the best football schools but also the schools with the best locations. The new Bud Light cans featured 27 different color combinations, all reflecting a certain school. From the start there was controversy with the schools when these new Bud Light cans were released. The schools did not want the general public to take this marketing scheme as a reflection of the school condoning binge drinking. The biggest concern for these schools was the ethical issue of these cans promoting underage drinking. This ethical case is very interesting because all the ethical theories look at this case very differently.

Individualistic people would not have a problem with Anheuser-Busch’s Fan Can campaign. According to Friedman’s Individualism, the only goal of business is to profit, so the only obligation that the businessperson has is to maximize profit for the owner or the stockholders. By distributing these cans, Anheuser-Busch is providing profit for themselves and the stockholders, which is the definition of Individualism. By releasing these cans people were actually switching beers just to represent their school’s colors. Individualistic people would not be concerned with attracting underage students to drink beer because as long as there is a profit that is not their problem. This marketing campaign was completely legal and made sales increase dramatically so Individualists would love the Fan Cans and would have no ethical concerns. 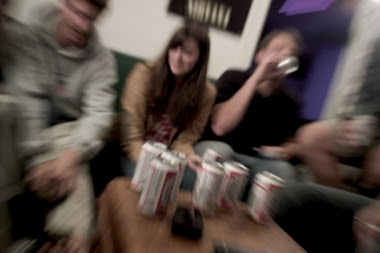 Utilitarianism is all about maximizing the happiness in yourself and others. For this specific ethical case there would be different viewpoints on what truly maximizes happiness. The stakeholders on one side include Anheuser-Busch, the liquor stores, and the students. By releasing the Fan Cans, Anheuser-Busch is making a profit and getting their brand out to the public, in turn making them happy. The liquor stores that sell the Can Cans get more business, due to the increasing demand. A liquor store near Syracuse University had to order 200 cases due to the increasingly high demand for the cans. This kind of business makes the liquor stores very happy because they are generating revenue. The students were also very enthused with the Fan Cans. Many of them bought Bud Light just because it had their school’s colors on the can. Many students from the University of Texas said they bought the cans because the burnt orange and white can was perfect for tailgating. These cans maximized the happiness for those stakeholders but one stakeholder was very much against the new Fan Cans. The stakeholders that disapproved were all the Universities. The Universities did not support the new cans and were extremely unhappy. Syracuse, who had a sponsorship with Budweiser, asked them if they could not sell the new cans in the University’s area. The Atlantic Coast Conference even wrote a formal letter to Anheuser-Busch asking if they would not associate themselves with the Conference. So if a Utilitarian looked at the big picture, with all the stakeholders in mind, they would agree that this is unethical because it does not maximize the happiness of all parties involved.

The ethical theory of Kantianism has principles that include acting rationally, making rational decisions, respect people, and be motivated by goodwill. Kantianism would not support Anheuser-Busch’s new Fan Can because it does not coincide with the four principles. Anheuser-Busch is not acting rational because they know that they are targeting colleges where underage students go. That also goes along with making rational decisions because the beer company made the decision to produce and distribute the Fan Cans. Anheuser-Busch is also not respecting people with the Fan Can because they could have foreseen the many University officials who were opposed to the cans. The Fan Can was not motivated by Goodwill, but instead was motivated by generating larger revenues for the beer company.  One ethical duty Kantians believe in is the categorical imperative. Categorical comparative means to act only in those ways in which the intentions of our acts could be made a universal law. This means that if Anheuser-Busch lied about what they were doing then they would be unethical but since they did not, they were acting ethically. Kantianism also states to act in such a way that you treat humanity,whether in your own person or in the person of another, always at the same as an end and not just a means. In this, I could see Kantianism being against the idea of the Fan Cans because Anheuser-Busch is using the colleges as a means, because they know they can profit from the school's colors. The Fan Can is not helping the Universities for their own sake but instead for the sake of Anheuser-Busch. 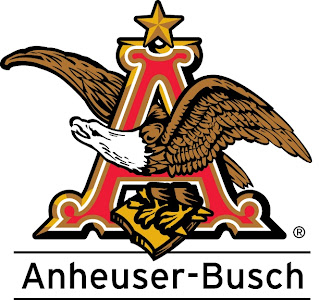 Virtue Theory has four virtues, including courage, honesty, temperance/self control, and justice/fairness. I believe that Anheuser-Busch did not cross these virtues. They showed courage when they took a chance and put out a product they hoped people would enjoy. The stores that sold the Fan Cans also showed courage by selling a product they didn’t know would sell or not. They trusted Anheuser-Busch enough to take that chance. Anheuser-Busch was not dishonest and was never out of control. Although some of the Universities threatened to sue they never went to court so there was no injustice. Anheuser-Busch showed respect to the Universities when they decided to drop the marketing campaign.

Anheuser-Busch ended up acting ethically by removing the Fan Can from the market. In fact, the Fan Can never even made it to the beginning of the 2009 football season. Looking back on the situation, Anheuser-Busch should have asked the schools permission to use the colors and if they refused there would have never been an ethical controversy. I think this story was a great representation of an ethical controversy because it shows how, although, something can be ethical to some it may not be to others.


These facts and analyses are based on an original research paper by Nicky Donovan, "Anheuser-Busch: Fan Cans" (2012)