Synopsis of a paper by Alan Alvarez
Jourdan Parkinson

In the year 2009  JPMorgan Chase & Co. engaged in dishonest, deceptive and outrageous assessment and collection of overdraft fees. As a result they were sued by numerous customers who had been affected in the fraudulent practices.  In the year 2009 JPMorgan established itself as a financial superpower, ranking as #2 on Forbes' Global 2000 list. Founded by Aaron Burr in 1799, JPMorgan & Co. quickly grew to the largest U.S. bank by assets; many will begin to question how they truly managed to achieve such remarkable success.  Chase reached a preliminary agreement to pay $110 million to settle litigation. 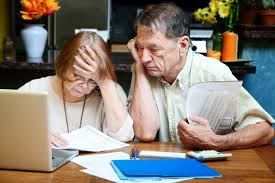 The scandal began when customers began noticing that the credit card debts being submitted to the debt collectors every month on their behalf by JPMorgan were in fact not the appropriate amounts that they should be but "inflated" amounts, well above what they should have been charged. JPMorgan accomplished this by creating false overdraft charges to the accounts of these unsuspecting customers, giving them the impression that they owed more money than they actually did. As a result of these overdraft fees Chase, a subsidiary of JPMorgan was able to make revenue of over $1 Billion off of the false overdraft fees in just the 2009 year alone.  Out of the four ethical theories studied; Individualism, Utilitarianism, Kantianism, and Virtue Theory, only one of them agrees with the actions of JP Morgan & Chase. According to the Friedman's economic theory of Individualism, the only goal of a business is to profit, meaning that the only obligation is to maximize profit for the owners or stockholders of that company. JPMorgan acted consistently with this theory because they only cared for maximizing profits within their company, with no regards to how and who it affected. Utilitarian Theory believes that happiness or pleasure are the only things of intrinsic value, JPMorgan did not act in accordance with these beliefs when they committed acts of financial theft for their own self-interest.  Perhaps the ethical theory that JPMorgan Chase & Co. most contradicted was that of the Kantianism View. This theory indicates that you must act rationally and consistently in your own actions. It states that you must not consider yourself exempt from rules, you must allow and help people to make rational decisions as well as respect people, their autonomy, and individual needs and differences. But most importantly you must be motivated by Good Will, and seek to do what is right because it is right. The actions of Chase did not act in accordance with any aspect whatsoever in this theory, they stole from customers and did not respect their individual needs. Chase also  lied to staff members, fabricating stories and commanding them to take orders without questions.Virtue Theorists believe strongly in "good virtues", or characteristics that allow things to properly function. Such "virtues" include honesty, temperance, fairness, and courage. It was unfair and dishonest of chase to falsely charge customers in order to maximize profits. There was no temperance or self-restraint in the actions they committed because no thought in regards to the possible ramifications was enough to restrain them. All of these actions by Chase are in direct conflict with the Virtue Theory and therefore not supported by it. Failure to follow three out of the four ethical theory previously discussed resulted in a forced payout of over $100 million dollars for JPMorgan & Co.

These facts and analyses are based on an original research paper by Alan Alvarez“JPMorgan Chase & Co.: Overcharging to Boost Revenue" (2009).