Based on a paper by Alexandra Stoltenhoff
Summary by Jacqueline Lambros

Macy’s is one of the largest department stores throughout the United States and is also one of the nation’s premier retailers. The company was opened in 1858 as the Federated Department Stores, Inc. in the middle of New York City. It was renamed to Macy’s Inc. after the owner, R.H. Macy. In 2011 there was an invesigation that revealed that they installed the doors backwards in the fitting rooms so that people could see in. This was supposed to help the store in Florida prevent theft. This was against the law in Florida along with Macy's store policies. A former employee was fired after bringing this issue to the attention of the store managers. This employee stated that there was nothing stoping men from walking into the women's changing room and watching them. 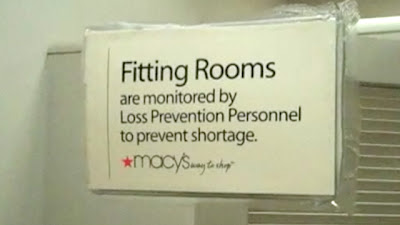 Macy's actions were wrong accourding to all of the ethical theories. Under the Individualist or Economic Theory, Macy's was not ethical because they purposely installed the doors this way in order to see inside. This goes against the privacy of every person who shops at the store.  This store in Florida was also going against a policy of Macy's, which is no video camera's inside the fitting rooms.  A Utilitarianist would also say that this case is unethical because no one is receiving any type of benefit. Macy's is potentially losing many customers because of the possible reputation that they still have. The customers who were being watched did not receive any type of benefit because they lost their right of privacy that Macy's should guarantee them. The stakeholders are losing out within the company because of this issue. Macy's as a whole, may be looked down upon and some people may not want to shop there. If this is true, they are losing out on money and valuable customers. The stakeholders should consider this and try to make the best out of their issue. 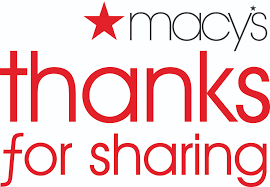 Under the Kantianism point of view, it was not ethical for the company to lie to their customers and do it secretly. One motivation that goes along with this case is "I will be honest with my customers in order to gain their trust and get repeat business. " Just from this quote, Kant does not agree with the reversal of the doors. Customers were being lied to since there were not signs letting them know what was going on. This prevented them from making their own decisions. Virtue theory is based on four main virtues. The four main virtues are courage, honesty, temperance/self control, and justice/fairness. Macy's was not honesty with the customers about reversing the doors for their benefit. They did not respect their employees by firing them after trying to do right. Another virtue that was gone against is prudence. This is taking care of their future over a long period of time. Macy's did try to benefit themselves by lowering theft, but it turned around and now they are not trustworthy.


These facts and analyses are based on an original research paper by Alexandra Stoltenhoff, "Macy's Department Store Privacy Policy" (2012)

Posted by Jacqueline Lambros at 5:16 PM